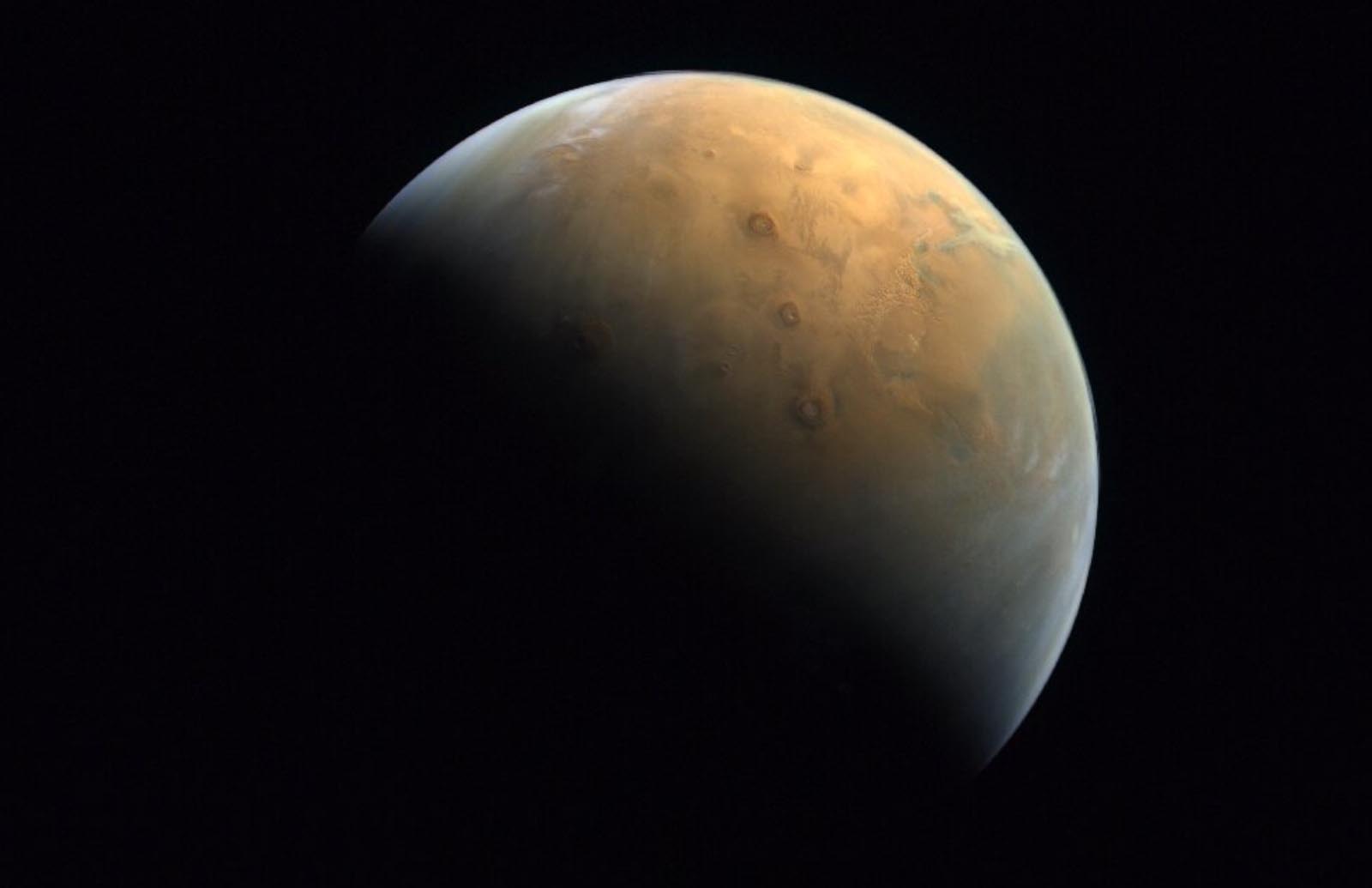 This cooling, the researchers say, may have caused the ancient microbes to dig deeper within the surface of the planet, thereby causing the climate change on Mars that led to the planet’s barrenness today. Because Mars lies farther from the Sun than Earth it required the warming effects of greenhouse gases to maintain its heat.

It’s an intriguing study that considers the differences between the atmospheres of Earth and Mars. It is believed that Mars had once been home to rivers , and perhaps even an ocean. According to the study, one of the most significant issues in these changes in climate on Mars is how hydrogen reacts within the atmosphere.

Hydrogen would have made Mars a powerful warming gas due to a collision-induced absorption phenomenon where hydrogen and carbon dioxide molecules interact. The climate change on Mars was therefore caused by the replacement of one warming gas with another. We don’t see this effect on Earth because our atmosphere is not as rich in carbon dioxide as Mars used to be.

Methane is a much less potent warming gas. These ancient microbes consumed hydrogen, and more methane was then spewed out, making the Martian surface colder. The study concluded that this is the reason for climate change on Mars. It caused rivers, lakes and oceans in Mars to disappear. Trapping any signs of life on Mars deep beneath the surface.

Whether this intense change in the climate could be undone is another thing, though. We may be able learn more about Mars’ environment when NASA launches a manned mission. For now, the modeling that the study relies on shows that these ancient microbes responsible for climate change on Mars would have continued to retreat deeper and deeper into the Martian surface.

The post Climate change on Mars may have been caused by ancient microbes appeared first on BGR.