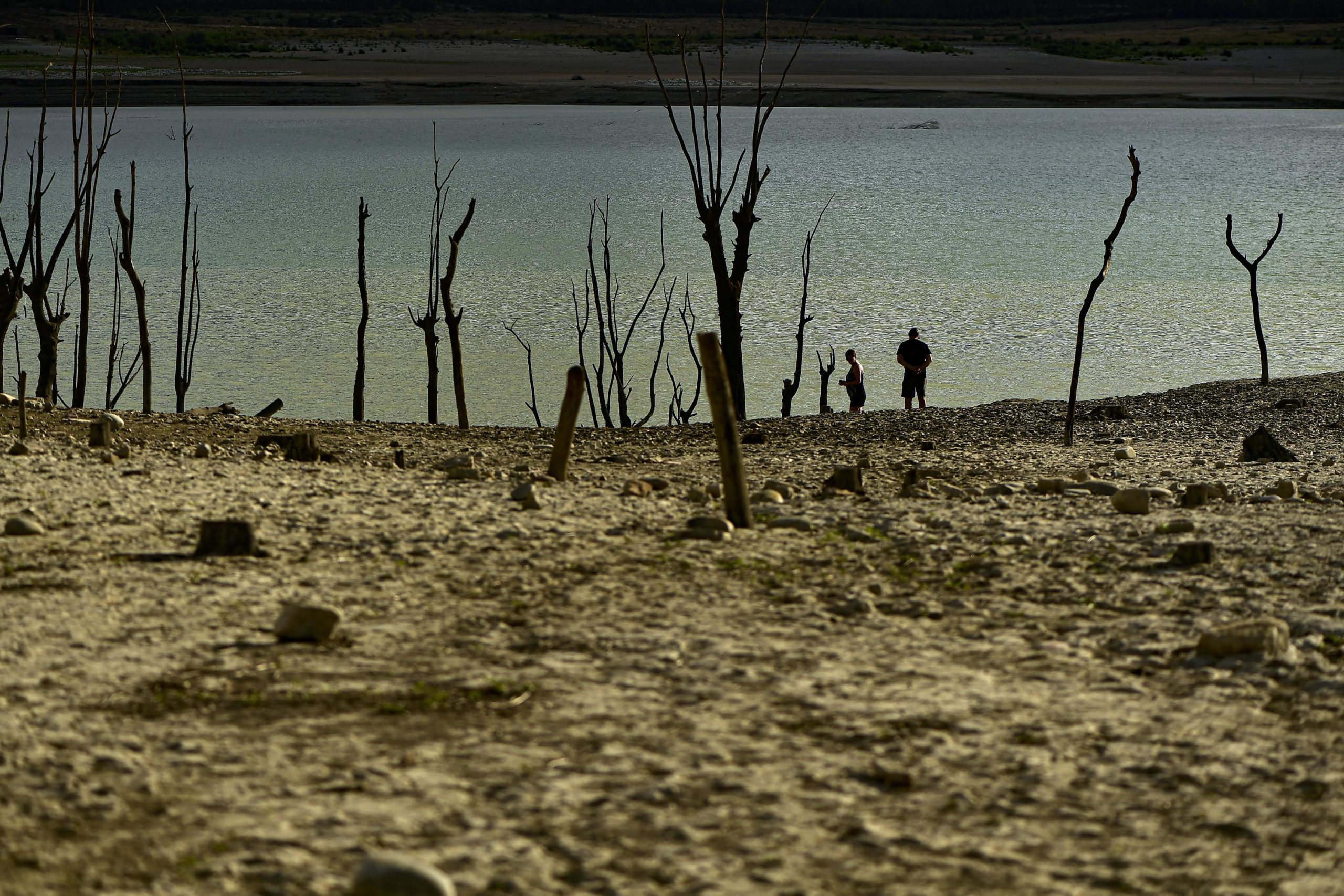 Drought that stretched across three continents this summer — drying out large parts of Europe, the United States and China — was made 20 times more likely by climate change, according to a new study.

Drought caused major river flooding, crop destruction, wildfires, and threatened many aquatic species. This led to water restrictions in Europe. It struck places already plagued by drying in the U.S., like the West, but also places where drought is more rare, like the Northeast. China also just had its driest summer in 60 years, leaving its famous Yangtze river half its normal width.

Researchers from World Weather Attribution, a group of scientists from around the world who study the link between extreme weather and climate change, say this type of drought would only happen once every 400 years across the Northern Hemisphere if not for human-caused climate change. Now they expect these conditions to repeat every 20 years, given how much the climate has warmed.

Ecological disasters like the widespread drought and then massive flooding in Pakistan, are the “fingerprints of climate change,” Martin van Aalst, a climate scientist at Columbia University and study co-author, said.

” “The effects are very obvious to people and are striking hard,” he stated. but also in some of the richest parts of the world, like western central Europe.”

To figure out the influence of climate change on drying in the Northern Hemisphere, scientists analyzed weather data, computer simulations and soil moisture throughout the regions, excluding tropical areas. They found that climate change made dry soil conditions much more likely over the last several months.

This analysis was done using the warming the climate has already experienced so far, 1. 2 degrees Celsius (2. 2 degrees Fahrenheit), but climate scientists have warned the climate will get warmer, and the authors of the study accounted for that.

With an additional 0. 8 degrees C degrees warming, this type of drought will happen once every 10 years in western Central Europe and every year throughout the Northern Hemisphere, said Dominik Schumacher, a climate scientist at ETH Zurich, a university in Switzerland.

“We’re seeing these compounding and cascading effect across sectors and across regions,” van Aalst said. “One way to reduce those impacts (is) to reduce emissions.”