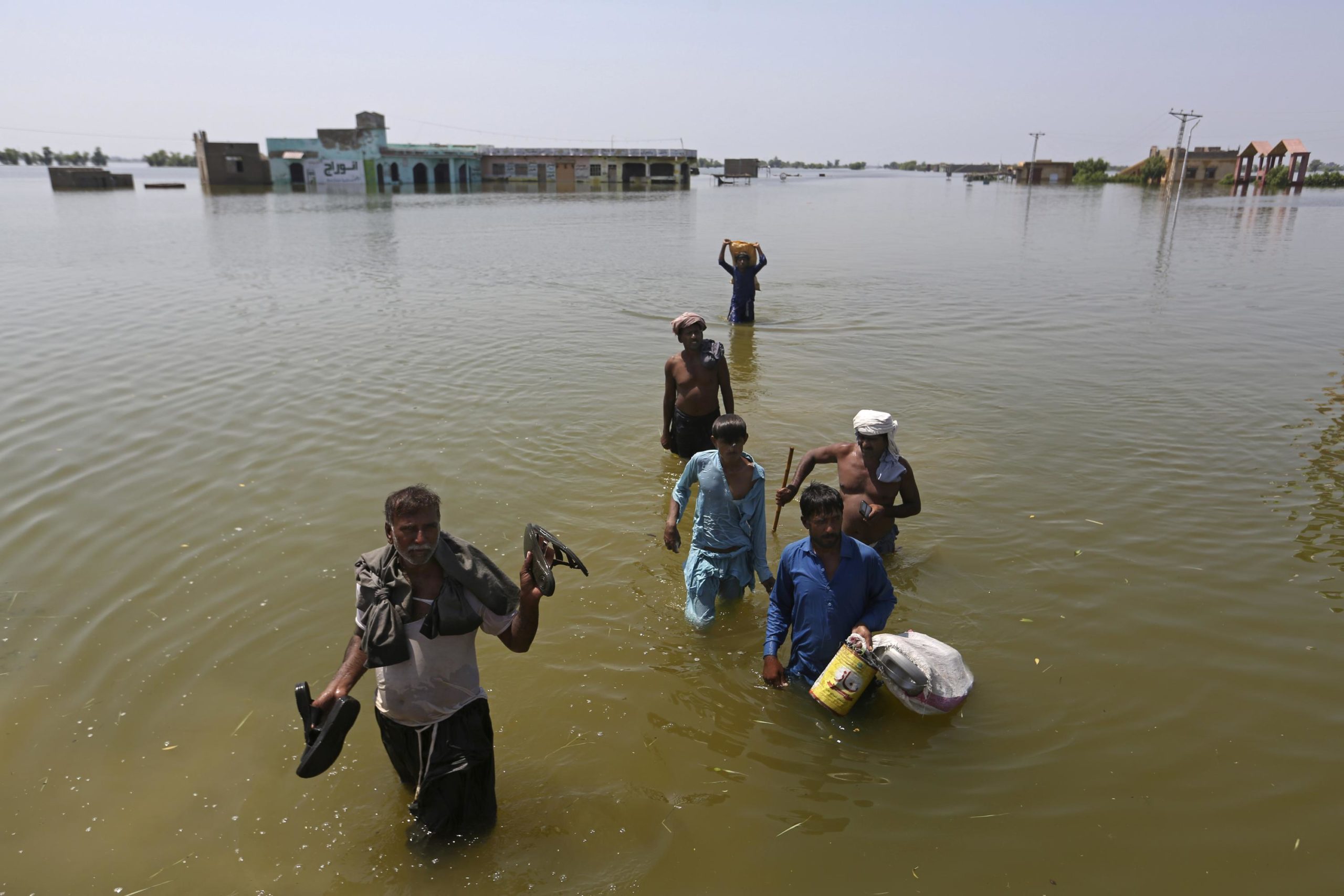 Record high temperatures in urban Europe as heat waves bake the planet more often. Devastating floods, some in poorer unprepared areas. Hurricanes are causing more destruction. As dry spells become more severe across the world, there is an increase in drought and famine among poorer areas of Africa. Wild weather worldwide getting stronger and more frequent, resulting “in unprecedented extremes.”

It is. But it was also the warning and forecast for the future issued by top United Nations climate scientists more than 10 years ago.

In a report that changed the way the world thinks about the harms of global warming, the Intergovernmental Panel on Climate Change’s special report on extreme events, disasters and climate change warned in 2012: “A changing climate leads to changes in the frequency, intensity, spatial extent, duration, and timing of extreme weather and climate events, and can result in unprecedented extreme weather and climate events.” It said there would be more heat waves, worsening droughts, increasing downpours causing floods and stronger and wetter tropical cyclones and simply nastier disasters for people.

“The report was clairvoyant,” said report co-author Michael Oppenheimer, a Princeton University climate scientist. The report did exactly what climate reports should: It warned us of the future and gave us time to prepare for it. And the world proceeded to do what it usually does. Some people and governments listened, others didn’t. I think the sad lesson is the damage has to occur very close to home or else nobody pays attention now.”

In just the United States alone, the number of weather disasters that cost at least $1 billion in damage — adjusted for inflation — went from an average of 8. 4 a year in the decade before the report was issued to 14. 3 a year after the report came out, with more than a trillion dollars in U.S. weather damage since in just the billion-dollar extremes, according to the National Oceanic and Atmospheric Administration. Unprecedented record heat hit Northern California in September and 104 degrees in England (40 degrees Celsius) earlier this summer.

The 594-page report’s 20-page summary highlighted five case studies of climate risks from worsening extreme weather that scientists said will be more of a problem and how governments could deal with them. In each case scientists were able to give a recent example:

— Flash floods in “informal settlements.” Look at flooding in poor sections of Durban, South Africa, this year, said report co-author and climate scientist Maarten van Aalst, director of the International Red Cross and Crescent Climate Centre in the Netherlands. Or Eastern Kentucky or the Pakistan this year or Germany and Belgium last year, report authors said.

— Heatwaves in Urban Europe. We’ve got this one covered. That’s been consistent,” said Susan Cutter, a University of South Carolina disaster scientist. “I think every year there have been longer periods of heat in Europe.”

— Increasing property losses from hurricanes in the United States and the Caribbean as storms get wetter and stronger, but not more frequent. Oppenheimer pointed to the last few years when Louisiana has been smacked repeatedly by hurricanes, last year when Hurricane Ida killed people in New York because of heavy rainfall flooding basement apartments and 2017 when record rain from Hurricane Harvey paralyzed Houston and Hurricane Maria devastated Puerto Rico with Hurricane Irma in between.

— Droughts causing famine in Africa. Van Aalst stated that this is happening in Africa’s Horn of Africa, and in Madagascar last year.

“Right now people are feeling it,” van Aalst said. It’s not what science is telling them. All those warnings came true.”

In fact, reality has likely been worse, with more and stronger extremes than the authors would have predicted when they finished writing it in 2011 and published it a year later, said co-authors Ebi and Cutter.

That’s partly because when real life played out, disasters compounded and cascaded with sometimes unforeseen side effects, like heat waves and droughts causing hydroelectric power plants to dry up, nuclear power plants unable to get cooling water and even coal power plants not getting fuel deliveries because of dried rivers in Europe, scientists said.

“Imagining something scientifically or saying this exists in a scientific assessment is a radically different thing compared to living it,” said co-author Katharine Mach, a climate risk scientist at the University of Miami. She said it was similar to the COVID-19 pandemic. Health officials had long warned of viral pandemics but when it came true, the lockdowns, school closures, economic consequences, supply chain problems were sometimes beyond what dry scientific reports could envision.

Before this report, the overwhelming majority of climate studies, official reports and debate talked about long-term consequences, the slow but steady rise in average temperatures and sea level rise. Extreme events were considered too rare to study to get good statistics and science and wasn’t seen as a big issue. Climate change is now the main focus of science and international negotiations, as well as media coverage.

Weather disaster deaths both in the United States and globally are generally trending lower, but scientists say that’s because of better forecasts, warning, preparedness and response. From 2002 to 2011, before the report, the United States averaged 641 weather deaths a year and now the 10-year average is down to 520 on average but 2021 was the deadliest year in a decade with 797 weather fatalities. At the same time the 10-year U.S. average for heat deaths crept up a bit, from 118 to 135 a year. Cutter stated that they are adapting quickly enough to mitigate the effects. “We are not reducing greenhouse gas emissions to actually go after the cause of the warming.”

Stanford University climate scientist Chris Field, who led the report project a decade ago, said the scientists got the warnings right, but “we may have been too conservative” in the language used. In addition to the dry facts and figures presented he wishes he had used wording that would be “grabbing people by the shoulders and shaking them a little bit more and saying these are real risks.”