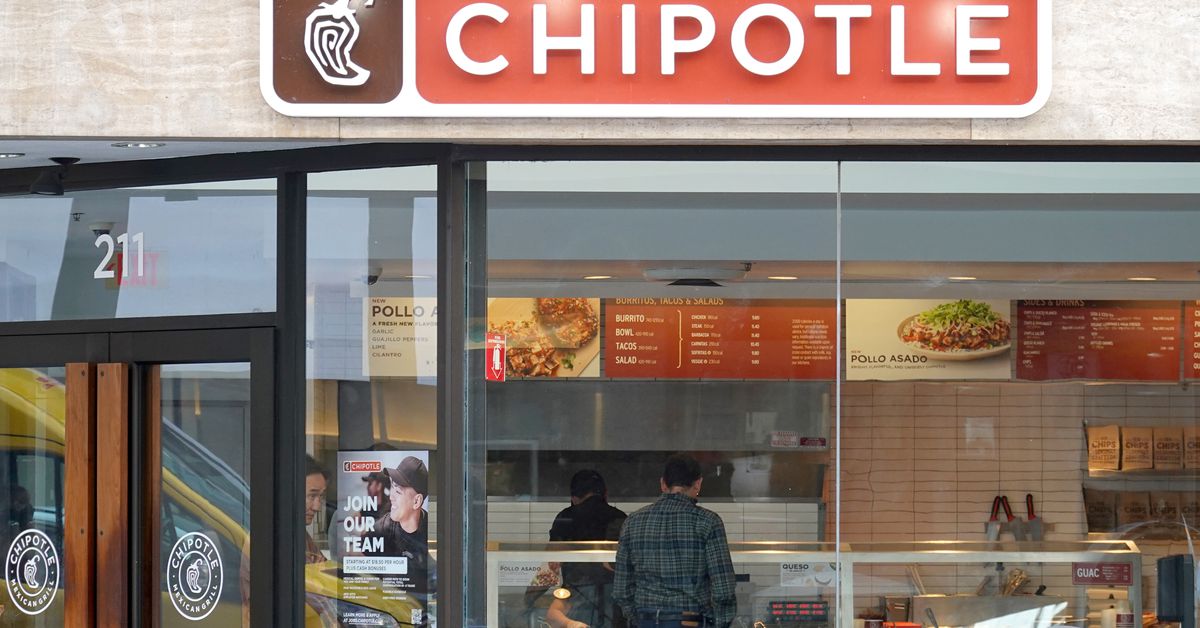 Our fearless leader, Nilay Patel, sent me an article about Chipotle accepting cryptocurrency for payment earlier this year. I did think about writing something to troll my cryptocurrency-hating editor who loves Chipotle, but then Elon Musk did some manner of nonsense, and I forgot.

Until now. Chipotle made the mistake of tipping us to its new game for National Avocado Day. Because guac is more expensive, it’s named “Buy the Dip”. The game will, according to its press release, “engage fans in a stock market simulation to ‘buy the dip’ at its lowest point and give away a total of $200,000 in crypto.” Chipotle did pay $25 million for giving its customers norovirus, so I guess this is how they’re recruiting new ones.

“Buy the dip” is a common phrase in the crypto world, though, and it refers to the idea that crypto’s price movement is cyclical. This ideology states that cryptocurrency prices go through “winters” and downturns every so often. If you purchase crypto at the bottom of the current cycle, it will still be affordable. Your mileage may vary regarding this particular investment narrative.

Generally, it is very difficult to time the market bottom. Encouraging people to try it, even in the form of a game, is irresponsible at best.

This crypto stunt is not the first Chipotle has done. That would be its celebration of National Burrito Day — much like National Avocado Day, this holiday is the invention of some extremely annoying marketers — by giving away $100,000 in Bitcoin (as well as $100,000 in free burritos). On Roblox, Chipotle launched Burrito Bucks as its currency. You could trade in your Burrito bucks to get free Chipotle food at select Chipotle restaurants if you participated in the Chipotle Burrito Builder on Roblox.

And then, of course, there are the Flexa payments, the thing Nilay emailed me about. To make them, you use a Flexa-enabled app, such as SPEDN (not a typo but a play on “hodl,” itself a drunken typo). The app was free, so I installed it.

The pitch for cryptocurrency was that it was supposed to be an improvement on the existing banking system. I do not understand how loading a wallet I cannot withdraw from in order to make a transaction is an improvement over a credit card. It’s significantly worse than cash. And unlike either cash or credit, every time you buy something with your Flexa account, it’s IRS o’clock. Flexa will help you, minimally, with your taxes by giving you a CSV of your transactions so you can give the IRS the extra money you owe because you bought a burrito bowl with cryptocurrency.

Where would my cryptocurrency go if I made a Flexa deposit? Well, according to the terms of service, “When you deposit your cryptocurrency into the App, your funds are held and insured with a licensed third party custodian.” Great! Cool! No further questions! If you rummage around the site a little, you find that the deposits are insured by Gemini, the cryptocurrency exchange run by the twins Cameron and Tyler Winklevoss.

Fortunately, Monique Soriano — an outside spokeswoman for Chipotle — tells me that winners from Buy the Dip will receive their crypto through a Coinbase account. Soriano refused to disclose the number of transactions that Chipotle made through Flexa each day, but cited company’s second quarter earnings release. Still, I think suspect that crypto is more valuable to Chipotle as a marketing stunt than it is as a revenue stream — after all, the point of Flexa is that Chipotle can choose to get paid in dollars, no matter what crypto you use.

The post Chipotle courts the gullible with a crypto game appeared first on The Verge.