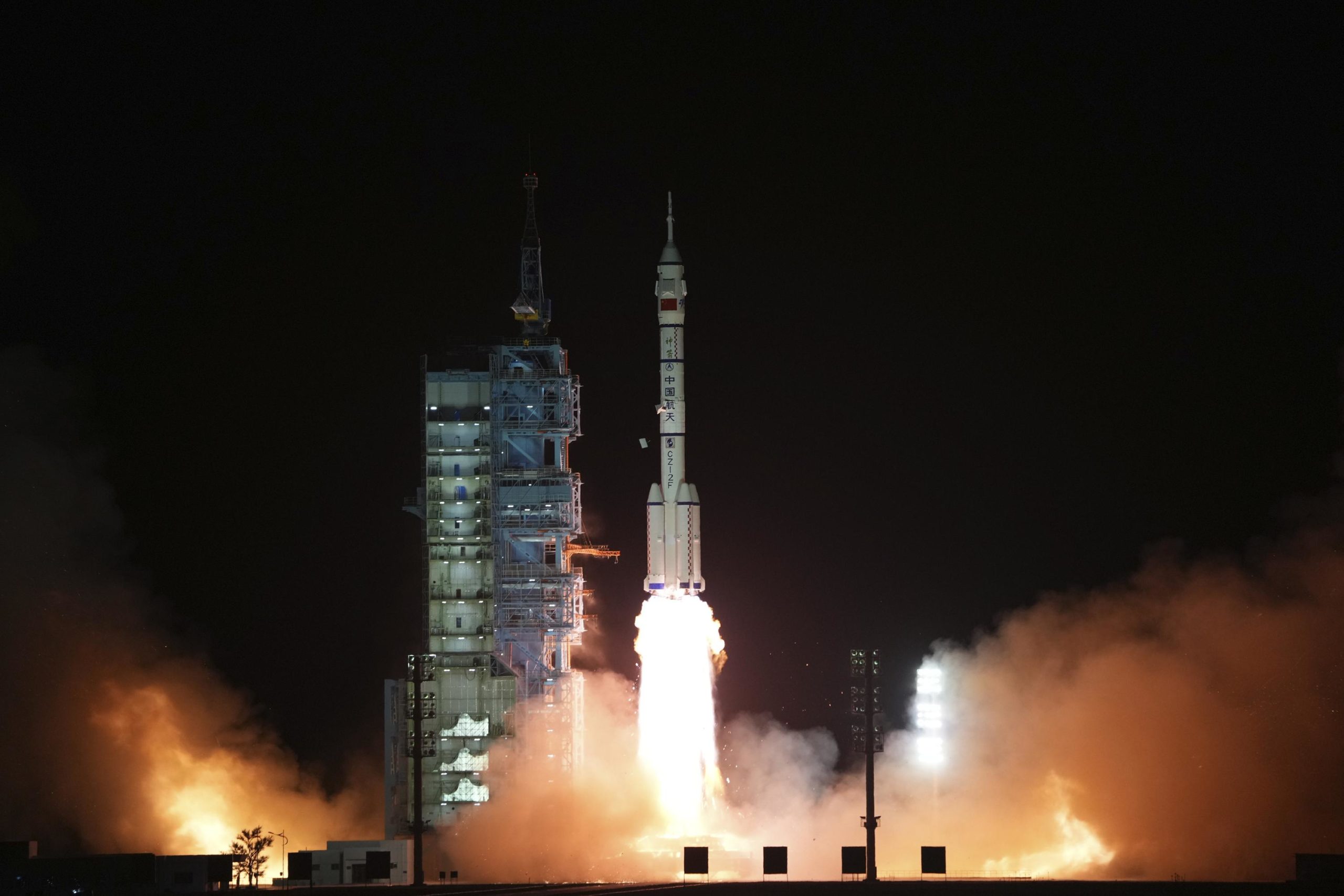 BEIJING — Three Chinese astronauts docked early Wednesday with their country’s space station, where they will overlap for several days with the three-member crew already onboard and expand the facility to its maximum size.

Docking with the Tiangong station came at 5:42 a.m. Wednesday, about 6 1/2 hours after the Shenzhou-15 spaceship blasted off atop a Long March-2F carrier rocket from the Jiuquan Satellite Launch Center on Tuesday night. The six-month-long mission was commanded and crewed with Deng Qingming, Zhang Lu and Fei Junlong. It will conclude the station’s construction phase. The station’s third and final module docked with the station earlier this month, one of the last steps in China’s effort to maintain a constant crewed presence in orbit.

The crew of the Shenzhou-15 will spend several days working with the existing 3-member crew of the Tiangong station, who will then return to Earth after their six-month mission.

Fei, 57, is a veteran of the 2005 four-day Shenzhou-6 mission, the second time China sent a human into space. Deng and Zhang make their first space flight.

The station has now expanded to its maximum size, with three modules and three spacecraft attached for a total mass of nearly 100 tons.

Tiangong can accommodate six astronauts at a time and the handover will take about a week. That marks the station’s first in-orbit crew rotation.

China is yet to disclose the extent of work required for completion of the station. It plans to launch the Xuntian satellite telescope next year. Although it is not part of Tiangong’s orbit, the telescope will be in line with the station and dock with it occasionally for maintenance.

Without the attached spacecraft, the Chinese station weighs about 66 tons — a fraction of the International Space Station, which launched its first module in 1998 and weighs around 465 tons.

With a lifespan of 10 to 15 years, Tiangong could one day be the only space station still up and running if the International Space Station retires in the coming years as planned.

While China’s crewed space program is officially three decades old this year, it truly got underway in 2003, when China became only the third country after the U.S. and Russia to put a human into space using its own resources. The program, which is managed by the People’s Liberation Army military wing of the Communist Party, has been almost completely self-sufficient. The U.S. excluded China from the International Space Station because of its program’s military ties, although China has engaged in limited cooperation with other nations’ space agencies.

China has also chalked up uncrewed mission successes: Its Yutu 2 rover was the first to explore the little-known far side of the moon.

China’s Chang’e 5 probe also returned lunar rocks to Earth in December 2020 for the first time since the 1970s, and another Chinese rover is searching for evidence of life on Mars.

Officials are reporting considering an eventual crewed mission to the moon, although no timeline has been offered, even as NASA presses ahead with its Artemis lunar exploration program that aims to send four astronauts around the moon in 2024 and land humans there as early as 2025. While the space program in China is moving along smoothly, there has been some controversy. Beijing brushed off complaints that it has allowed rocket stages to fall to Earth uncontrolled after NASA accused it of “failing to meet responsible standards regarding their space debris.” In that case, parts of a Chinese rocket landed in the Indian Ocean.

China is also reportedly developing a highly secret space plane and its increasing space capabilities feature in the latest Pentagon defense strategy, which said the program was a component of China’s “holistic approach to joint warfare.”

The post Chinese spaceship with 3 aboard docks with space station appeared first on Associated Press.