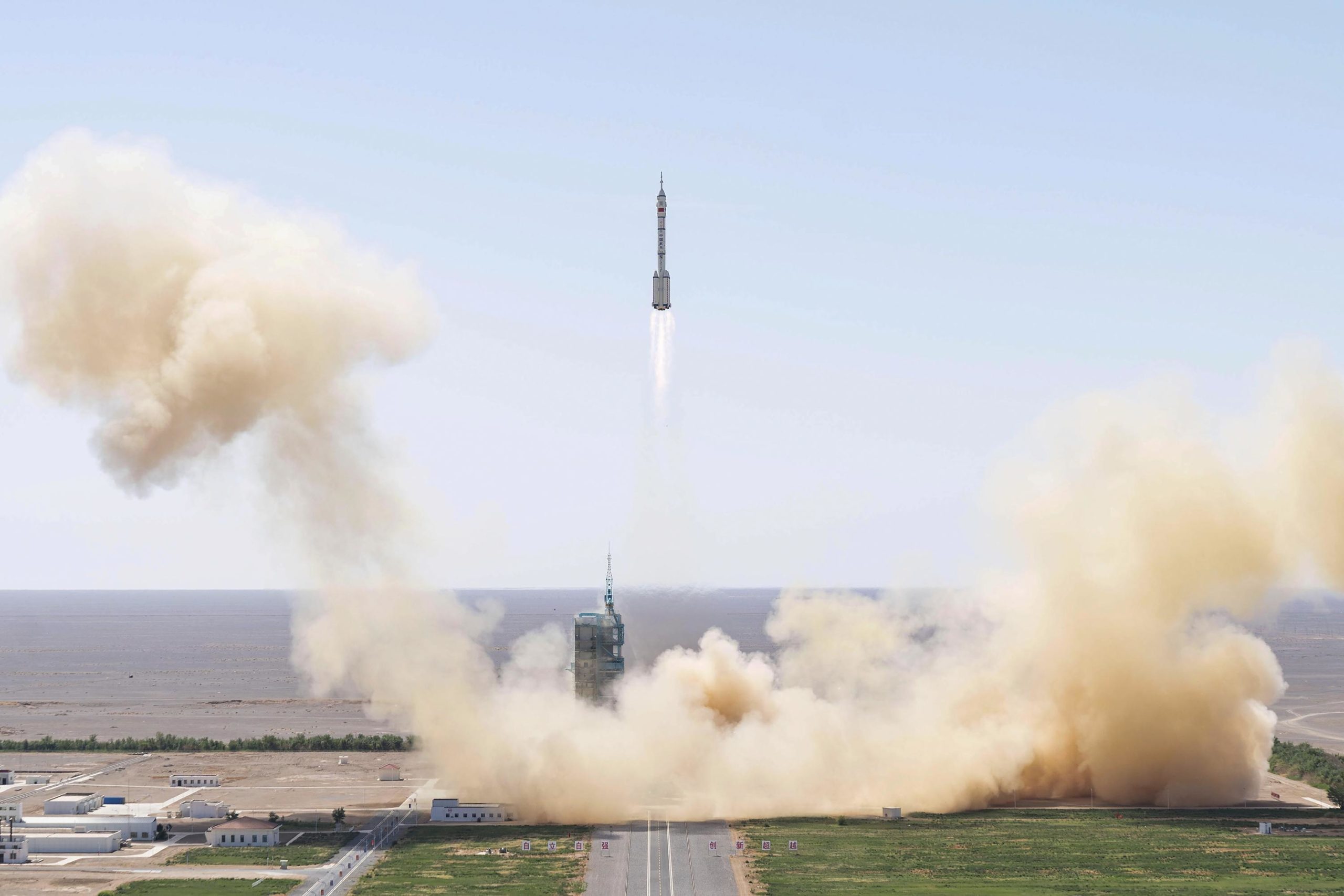 The Shenzhou 14 crew will spend six months on the Tiangong station, during which they will oversee the addition of two laboratory modules to join the main Tianhe living space that was launched in April 2021.

Their spaceship blasted off from the Jiuquan Satellite Launch Center on the edge of the Gobi Desert at 10:44 a.m. (0244 GMT) atop the crewed space flight program’s workhorse Long March 2F rocket. It reached low Earth orbit 15 minutes later and then opened its solar panels. Ground controllers from Beijing and Jiuquan applauded.

The launch was broadcast live on state television, indicating a rising level of confidence in the capabilities of the space program, which has been promoted as a sign of China’s technological progress and global influence.

Commander Chen Dong and fellow astronauts Liu Yang and Cai Xuzhe will assemble the three-module structure joining the existing Tianhe with Wentian and Mengtian, due to arrive in July and October. Another cargo craft, the Tianzhou-3, remains docked with the station.

The arrival of the new modules will “provide more stability, more powerful functions, more complete equipment,” said Chen, 43, who was a member of the Shenzhou 11 mission in 2016, at a press conference Saturday.

Liu, 43, is also a space veteran and was China’s first female astronaut to reach space aboard the Shenzhou 9 mission in 2012. Cai, 46, is making his first space trip.

China’s space program launched its first astronaut into orbit in 2003, making it only the third country to do so on its own after the former Soviet Union and the U.S.

It has landed robot rovers on the moon and placed one on Mars last year. China has also returned lunar samples and officials have discussed a possible crewed mission to the moon.

China’s space program is run by the ruling Communist Party’s military wing, the People’s Liberation Army, prompting the U.S. to exclude it from the International Space Station.

Chen, Liu and Cai will be joined at the end of their mission for three to five days by the crew of the upcoming Shenzhou 15, marking the first time the station will have had six people aboard.