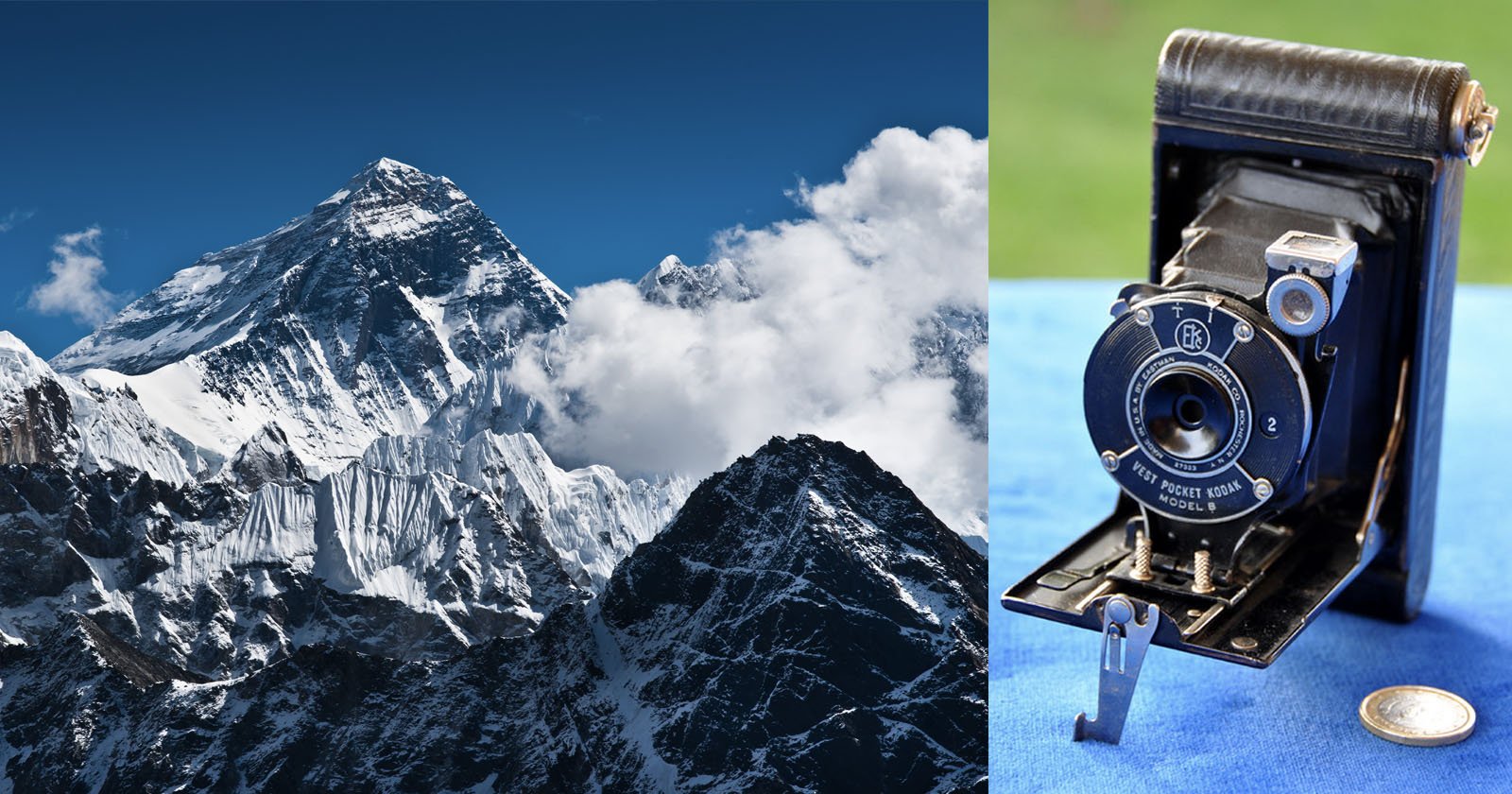 A book has suggested that a lost Vest Pocket Camera that may contain pictures of mountaineers on top of Mount Everest, 30 years before the first official ascent, could have been discovered by Chinese authorities and hidden.

On June 8, 1924, British mountaineers George Mallory and Andrew Irvine set out on an expedition to become the first to ever reach the summit of Mount Everest, the highest point on Earth. They were never heard from again, and a 1999 expedition discovered Mallory’s body just 2,000 feet from the summit.

However, Irvine’s body and the Vest Pocket Kodak (VPK) they were carrying, were never discovered. The record for the first people to officially reach the summit of Everest in 1953 belongs to Sir Edmund Hilary and Sherpa Tenzing Norgay, 29 years after Mallory and Irvine’s attempt.

If Mallory and Irvine did make it to the summit before dying on the mountain, not only would they be the first people to reach the top, but they would also have done it via the deadly North Face, almost 40 years before Chinese climbers accomplished it in 1960.

A Book Makes a Shocking Allegation

In 2019, author and climber Mark Synnott visited the spot on the North Face of Everest where Mallory’s body was found in a bid to find the VPK and Irvine’s body, according to a report from Salon. Synnott solo climbed to the GPS coordinates but found nothing there despite also using advanced drones to aid him in his search.

Synnott’s new book The Third Pole: Mystery, Obsession, and Death on Mount Everest outline the rumors he began to hear after he attempted to recover the missing VPK.

“I kept hearing rumors that explained why I didn’t find Irvine: The Chinese had found his body and the camera long ago — and then buried the story,” he writes.

“An official with the Chinese Tibet Mountaineering Association told a Nepali friend of mine in the fall of 2019 that the rumors were true. The camera was kept under lock and key, with other Mallory and Irvine artifacts, in a museum in China.”

“We now have multiple sources all essentially saying the same thing: the Chinese found Irvine, removed the body, and are jealously guarding this information from the rest of the world — all to protect the claim that the 1960 Chinese team was the first to reach the summit,” he writes.

Malloy and Irvine were last seen by their climbing teammate Noel Odel just 800 feet from the summit of Everest. That was the last sighting of them and what happened afterward remains unclear.

#ThrowbackThursday George Mallory and Andrew Irvine on #Everest in June 1924. This is believed to be the last image of the men before they disappeared. https://t.co/qa08kcGBsl pic.twitter.com/9nyyXxmE9K

Synnott’s book was published in April 2021 and a month later the New Hampshire-based writer received an intriguing email from a man named Wayne Wilcox, a former United States Marine officer who is married to a British diplomat.

Wilcox told Synnott that a high-ranking official in the British Embassy had been told that “the Chinese found the remains of a foreign climber at 8,200 meters during their 1975 expedition to the North Face of Mount Everest” and also recovered the lost Kodak VPK and brought it back with them to Beijing.

“They screwed up the development of the film and ruined it,” Wilcox says. “Rather than admit they made a mistake, they erased all evidence that they had found the camera or the body.”

After months of persistence, Synnott was eventually able to speak to the British diplomat under the condition of anonymity. The nameless diplomat says that the Tibetan climber Pan Duo, who was the first woman climber to summit Mount Everest via its North Face route, had told him in 1984 that the 1975 Chinese expedition had found the body of Irvine and the VPK. The Chinese team brought home the cadaver and attempted to develop the film but were unable to recover any images.

Pan Duo was interviewed by the Economist in 2008 where she was far more evasive when asked about the camera specifically. What exactly happened to the camera remains a mystery, whether it contains pictures of Irvine and Mallory with their hands aloft on top of the world remains the most tantalizing enigma in mountaineering.

Kodak maintains that the thin air and low temperatures of Mount Everest may have helped to preserve the film.