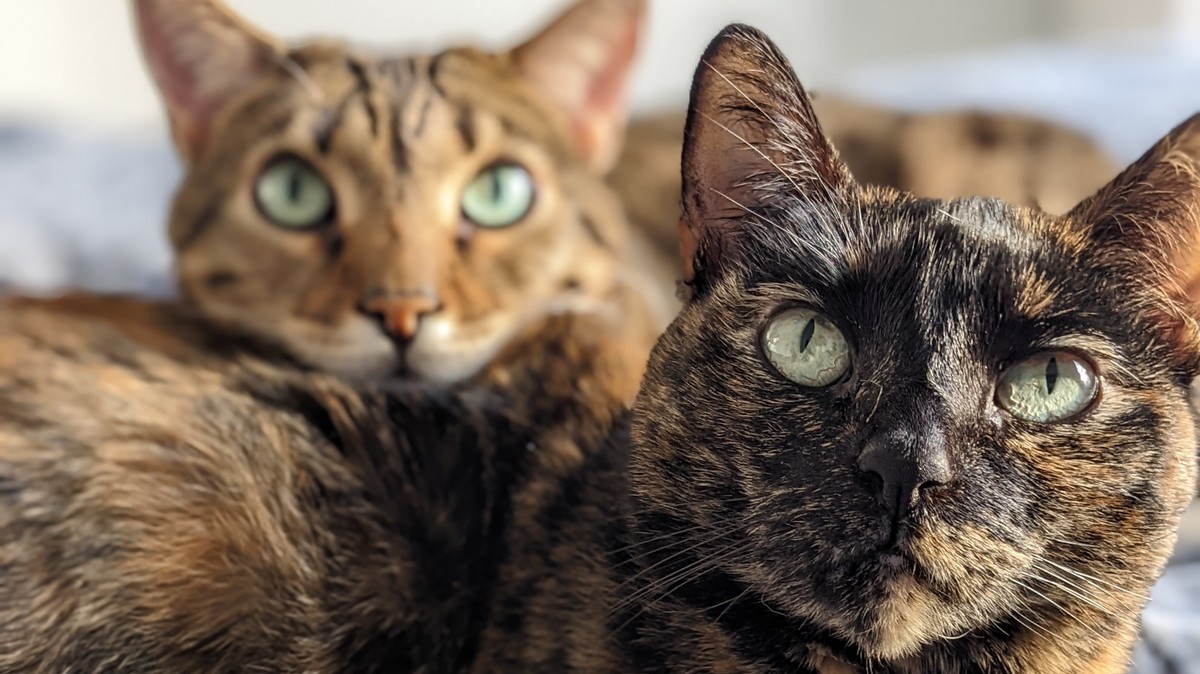 Scientists at Kyoto University found that cats living with other feline friends can recognize their own and each others’ names, and possibly even familiar humans’ names.

Published last month in the peer-reviewed journal Scientific Reports, the study examined 48 cats who either lived in households with at least three other cats, or were from “cat cafes” where they cohabitated with lots of other felines. To test their name recognition, the researchers showed each cat a computer monitor displaying a familiar cat’s face, and an audio recording of their owner calling either the displayed cats’ real name, or a name that didn’t match the cat on the screen.

When they heard names that didn’t match the individual shown, cats from households with few feline roomies spent more time staring at the screen, supposedly puzzled. If the name matched the face, they stared less.

“Only household cats anticipated a specific cat face upon hearing the cat’s name, suggesting that they matched the stimulus cat’s name and the specific individual,” the researchers wrote. They theorize in the paper that this might be food-motivated behavior; they learn that when one cat is called, that one gets food.

Animal science researcher Saho Takagi told Japanese news outlet The Asahi Shimbun that the findings are “astonishing.” Even though cats seem to ignore people calling their names because they don’t understand us, it turns out they’re probably just being rude. “I want people to know the truth. Felines do not appear to listen to people’s conversations, but as a matter of fact, they do,” Takagi said.

The researchers tried a similar test with human faces instead of cats, but those results were less clear. They did find, however, that cats from households with more humans living with them showed more hesitance when the wrong name was called—possibly because those cats hear people addressing each other by name more often.

“Our interpretation is that cats living with more people have more opportunities to hear names being used than cats living with fewer people, and that living with a family for a longer time increases this experience,” they wrote. “In other words, the frequency and number of exposure to the stimuli may make the name–face association more likely.”

Cat behavior and learning is an ongoing area of study for researchers; in 2020, one study showed that cats can learn behaviors by watching what humans do, and in 2019, a study found that cats are less aloof than they’re stereotyped to be.

All of this is either charming or jarring information for cat owners, depending on the names you call your semi-domesticated demons when no one else is around. For example, on paper, our cats’ names are Calliope and Garp, but based on this study, they most likely know each other as “Just a Muffin!” and “Mister Shit.”