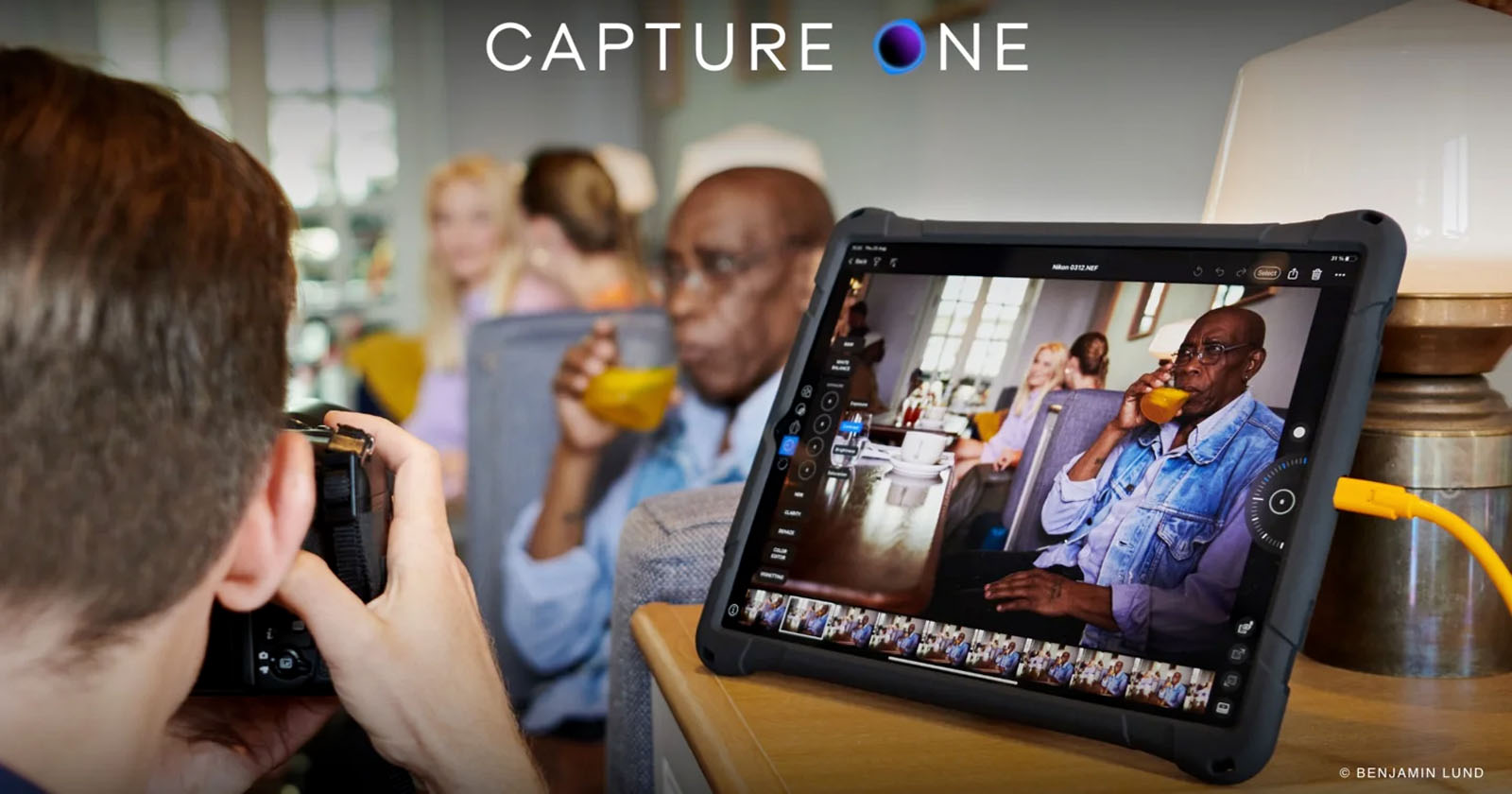 Capture One now allows you to attach a camera to your iPad ,, bringing you one of the most popular features on the mobile platform.

The Capture One iPad app launched in June and brought its RAW conversion and photo editing software on the go, albeit with some caveats. It didn’t bring the full editing tool suite and was missing tethering capability, one of the biggest reasons photographers use Capture One.

This has changed today as a new update to the app allows for wired and wireless tethering. It allows users to connect directly to their company’s software from their camera without the use of adapters or memory cards.

“We are […] very proud to bring the fastest, most stable, and most reliable tethered photography to the iPad, whether you’re using a traditional cable or the mind-blowing wireless experience,” Rafael Orta, the CEO of Capture One says.

Capture One claims that their iPad app is designed to maximize the iPad’s capabilities. Users can capture raw files into iPad and batch edit them, as well as share the work online with clients, creative teams and other people in real time, from anywhere.

The update adds the ability to tether a camera to the iPad app via a USB cable or WiFi. Users can remotely trigger a capture from the iPad with what the company describes as its first shutter button iteration. The same adjustments can be applied to all tethered images, as well as changing a Fujifilm simulation from Fujifilm RAW file files. You can also export originals or TIFF files and then use Auto Adjust for quick editing. The update also includes the ability to change the Wheel and “Quick Edit” sliding directions in the app’s Gestures and Shortcuts section within the Settings page and addresses some bugs and makes other unspecified improvements.

The update is now available starting today . The update is free, but access to the app requires a subscription of $4. 99 per month and is separate from a Capture One Pro 22 license, which either costs $299 for a perpetual license or can be subscribed to for $20 per month.