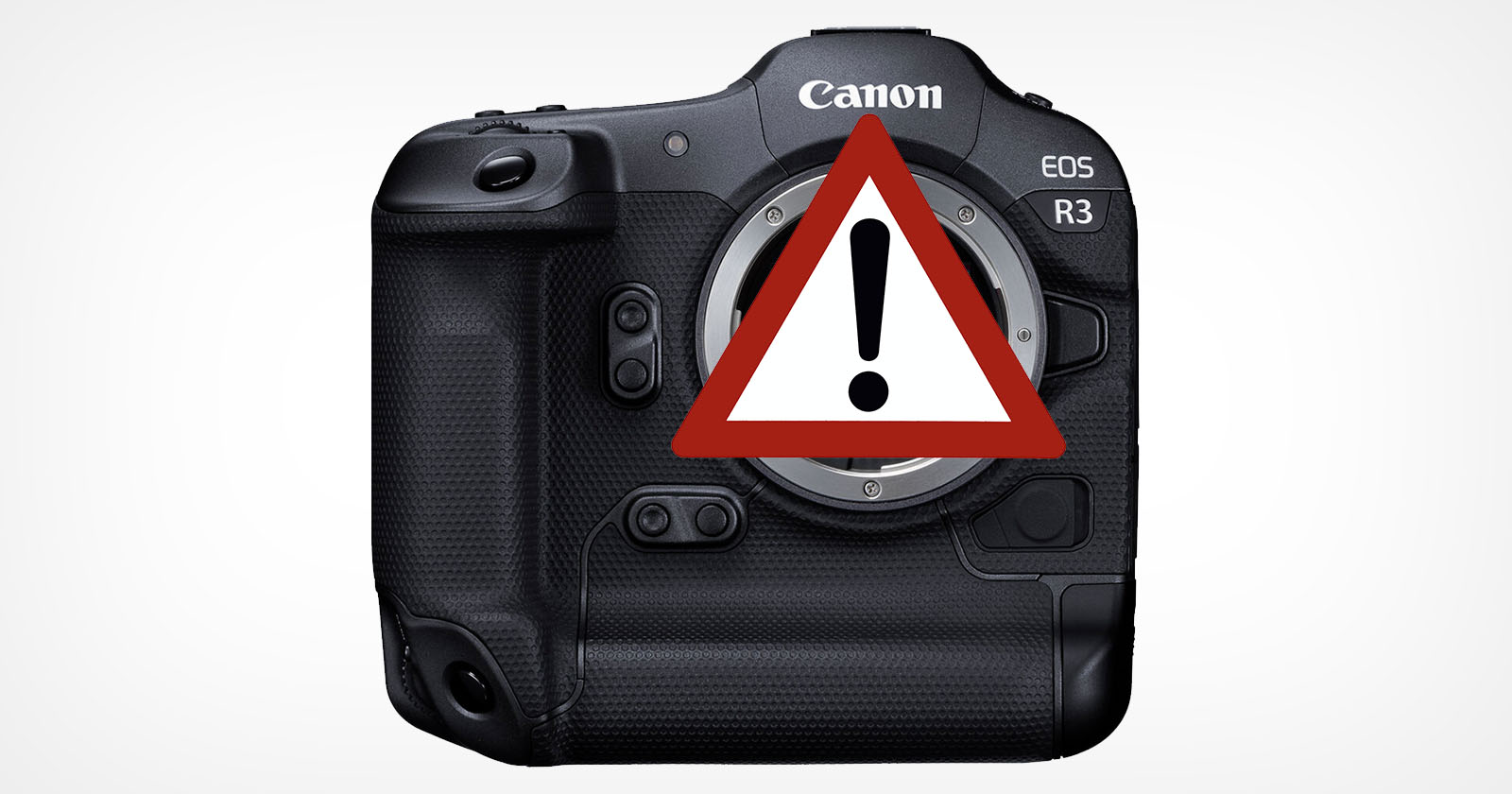 Canon has pulled the latest R3 firmware update that was announced last week. The company has not disclosed why the update has been removed.

When reached for comment, Canon said the following but stopped short of providing an explanation.

“The latest firmware version 1. 2.0 for the EOS R3 is temporarily unavailable. We anticipate the firmware being available in the near future; therefore please check back soon for your download.”

The undisclosed issues with firmware version 1. 2 will eventually be resolved, at which point it should be available to download from Canon USA’s website again.

The removal of this update is a sign that the upgrade did not function as expected. If you have the update downloaded but not installed, it is best to wait until Canon explains the issue and/or until Canon releases a fix.

Canon’s R3 firmware update version 1. 2 added a new custom high-speed continuous shooting setting that allows for the capture of between 30 and 195 frames per second at full resolution in JPEG, HEIF, or RAW. When it was announced, Canon said that this mode allows the camera to shoot between 2 and 50 photos at those speeds.

The update also improved video performance. This allowed the camera’s to capture Full HD video up to 240p. Canon stated that this is a framerate normally reserved for video cameras.

The R3 firmware update version 1. 2 added a total of 14 updates including the two noted changes above including several new features and a host of minor bug fixes.

These kinds of issues with firmware are rare, but it has happened. Last year, Canon released a firmware update for the R6 mirrorless camera that introduced a Full HD video recording bug. That bug caused the camera to lock up upon restart — which was demonstrated by a user in China — after initiating certain video modes in APS-C crop mode. When the issue came up, the camera exhibited an “Err 70” warning. That issue was fixed within 24 hours of the company’s initial firmware update.

Just as was the case this time, Canon removed the initial 1. 3.0 update without explanation while it worked on the fix, which came in the form of firmware update 1.3.1.