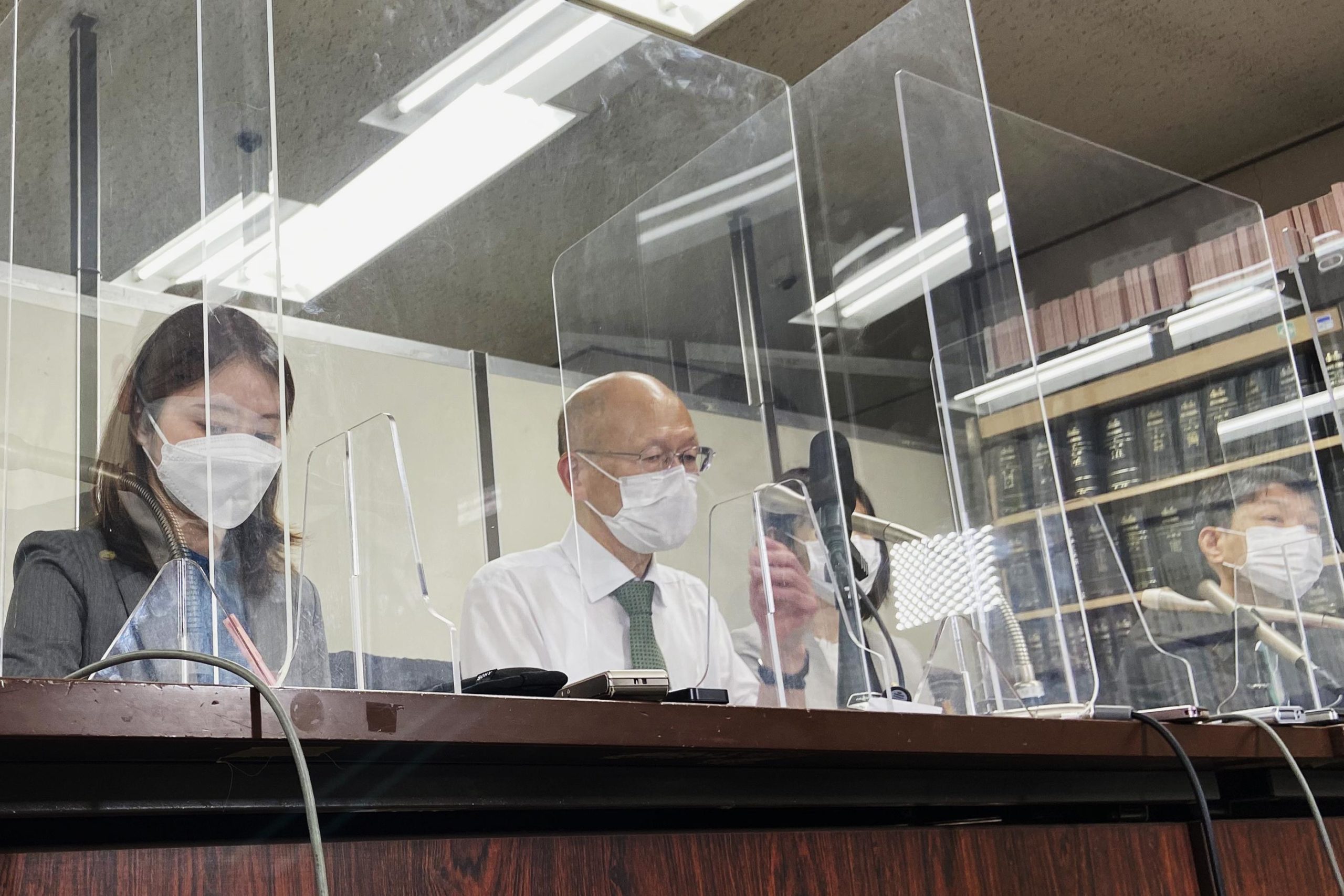 TOKYO — A Tokyo court began hearings Thursday in a lawsuit seeking nearly $5 million in damages for six people who were children in Fukushima at the time of its 2011 nuclear power plant disaster and later developed thyroid cancer.

The plaintiffs are suing the operator of the nuclear plant, saying radiation released in the accident caused their illnesses.

It is the first group lawsuit filed by Fukushima residents over health problems allegedly linked to the disaster, their lawyers say.

One plaintiff, identified only as a woman in her 20s, testified from behind a screen that she had to give up plans to attend university because of repeated operations and treatments.

“Because of the treatments, I could not attend university, or continue my studies for my future job, or go to a concert. She said that she had to stop everything. “I want to regain my healthy body, but that’s impossible no matter how hard I wish.”

She and the five other plaintiffs are seeking a total of 616 million yen ($4. 9 million) in damages from Tokyo Electric Power Company Holdings for allegedly causing their cancers.

On March 11, 2011, a magnitude 9.0 earthquake and massive tsunami destroyed the Fukushima plant’s cooling systems, causing three reactor cores to melt and release large amounts of radiation. Critics claim that the operator of the Fukushima plant should have been aware of the possibility for a tsunami at the location.

The plaintiffs, who were 6 to 16 years old at the time of the accident and lived in different parts of Fukushima, were diagnosed with thyroid cancer between 2012 and 2018, their lawyers said.

The plant operator told the court that they were not exposed to enough radiation to cause cancer, citing tests of 1,080 children from three cities around the plant that showed about 55% were not exposed and none received more than 50 millisieverts, the annual limit for nuclear workers. Thyroid cancer rates rose in children after the 1986 Chernobyl nuclear accident in Ukraine.

The Fukushima prefectural government tested 380,000 residents aged 18 or younger at the time of the accident for thyroid cancer. About 300 were diagnosed with cancer or suspected cancer.

That occurrence rate, about 77 per 100,000, is significantly higher than the usual 1-2 per million and can only be linked to radiation from the accident, the plaintiffs’ lawyers said.

Prefectural officials and experts have said the high level of thyroid cancer found in Fukushima is due to an overdiagnosis, which might have led to unnecessary treatment.

KenichiIdo was one of the attorneys who said that none of these cases involved an overdiagnosis, and that radiation exposure should be held the operator responsible unless the case can show otherwise.

The plaintiff who testified Thursday said she walked from home to her high school five days after the tsunami, just as the reactors were undergoing meltdowns.

Three other plaintiffs who attended the hearing were also behind a partition to protect their privacy because of criticism on social media accusing them of fabricating their illnesses and hurting the image of Fukushima, the lawyers said.

Ido said many people with health problems feel intimidated to speak out in Fukushima and that he hopes the lawsuit will prove a correlation between radiation and the plaintiffs’ cancers “so that we can have a society in which people can talk freely about their difficulties.”

The government was slow in responding to the crisis, and evacuations in many places were delayed due to a lack of disclosure of what was happening at the nuclear plant. Residents who fled in their cars clogged roads and were stranded for hours outside while radiation spread from the damaged reactors. Some residents headed to evacuation centers in the direction of the radiation flow.