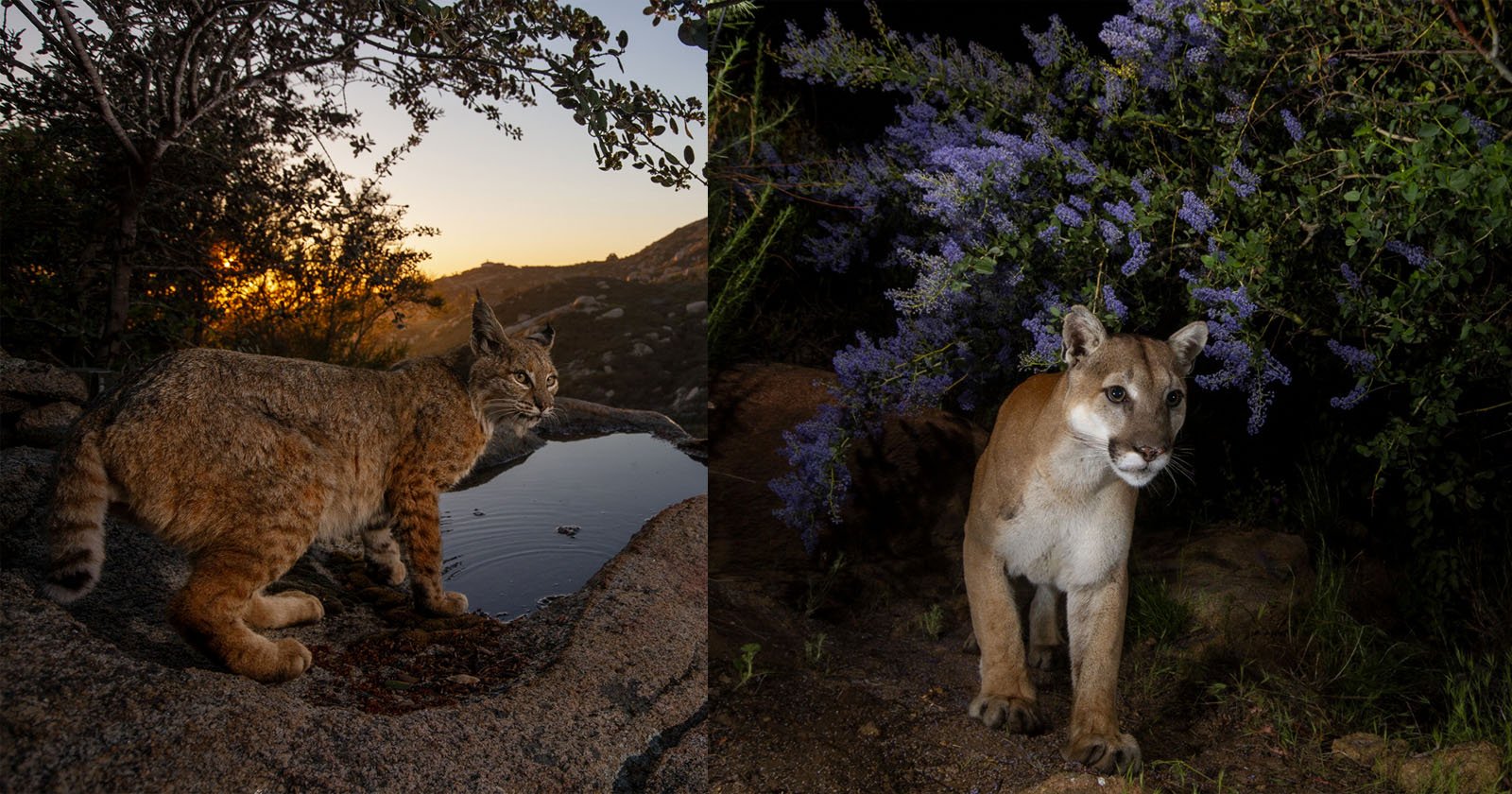 Toft, who lives in Ramona, California, is fortunate to have photographed mountain lions, mule deer, coyotes, lynxes, and raccoons — without leaving his property.

He has captured remarkable photos of mountain lions — also known as cougars — an animal that is notoriously difficult to find but one of the most storied animals in the Golden State. 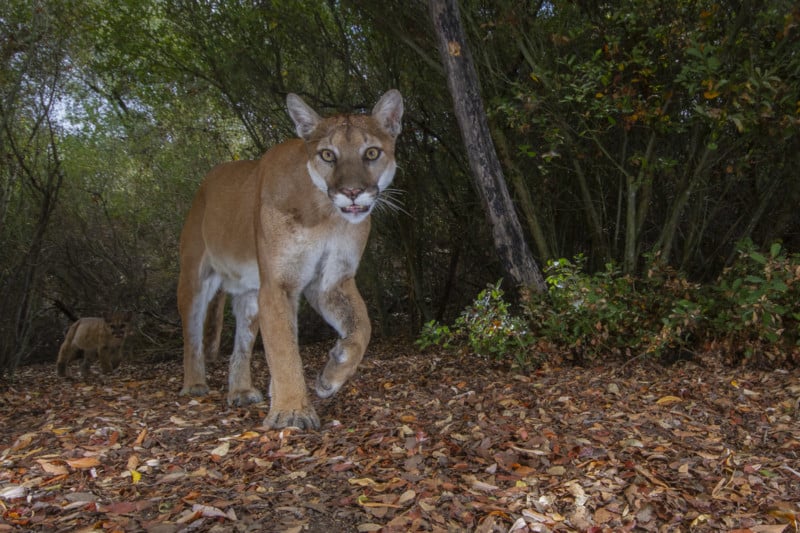 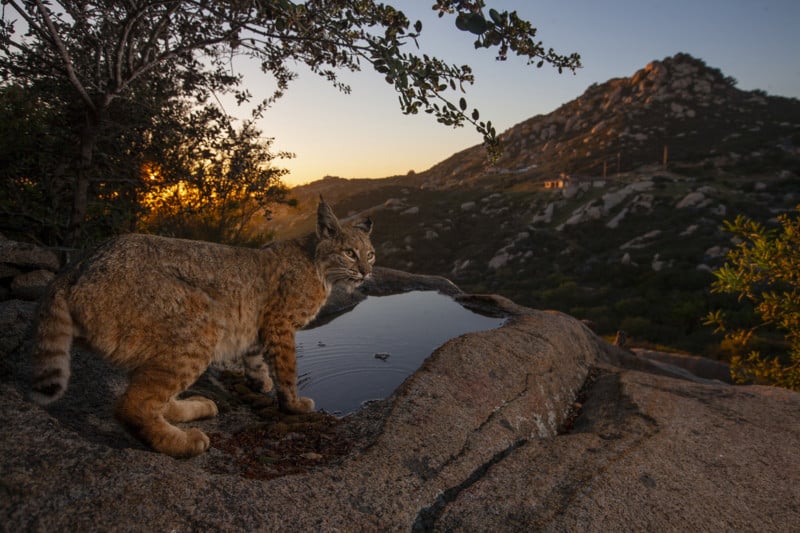 Toft began setting up trail cameras on his land near San Diego about eight years ago. Speaking to PetaPixel, he explains how the pandemic caused him to begin investing more into his remote camera system.

“Trails cameras come in a couple of flavors. Small, inexpensive ones which generally make poor images but produce more watchable video clips, and DSLR set-ups that are a bit pricey to put together but produce very high quality still images,” explains Toft.

“Placement and lighting for your ‘DSLR camera trap’ are the two things that can really produce magic and propel your images to spectacular results. I use both of these set-ups both professionally, as a full-time wildlife photographer, and also on my 28-acre property where I live.” 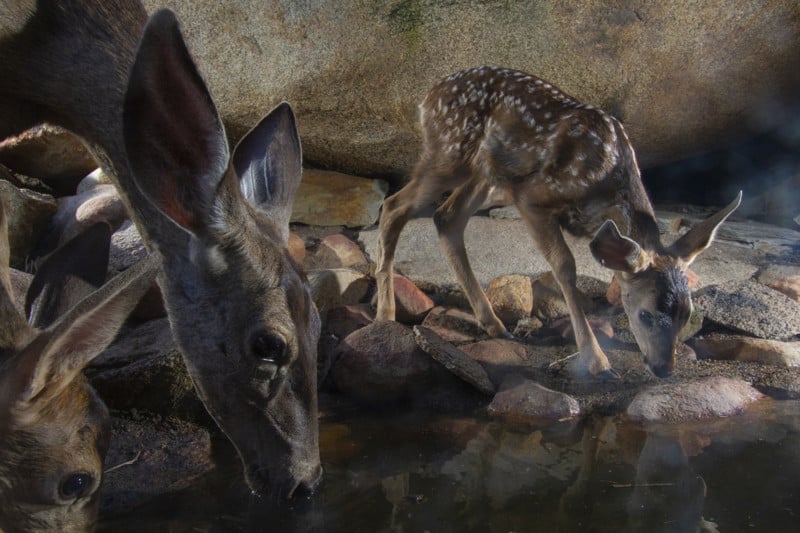 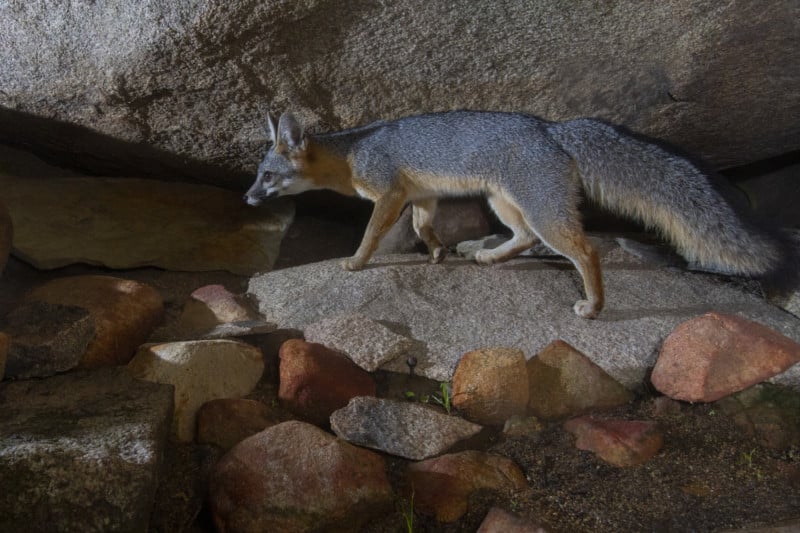 Because of the pandemic, Toft was unable to travel for his work so he invested in several high-end DSLR setups which have subsequently produced stunning images. 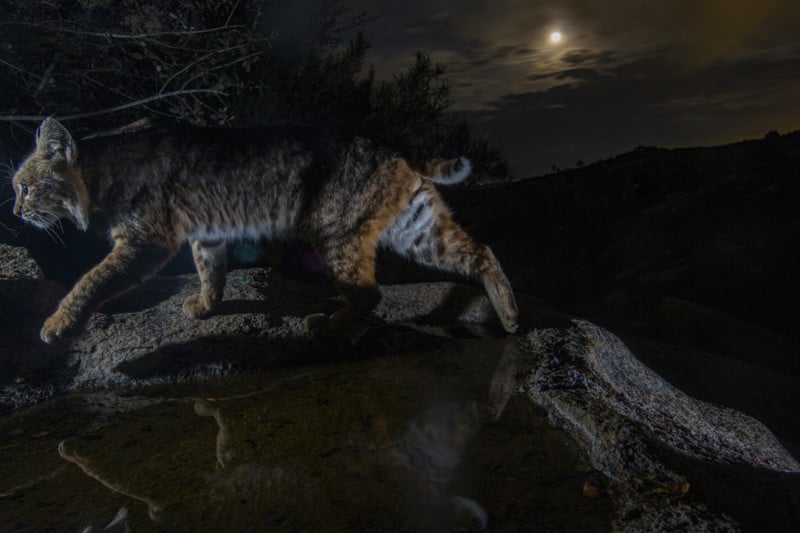 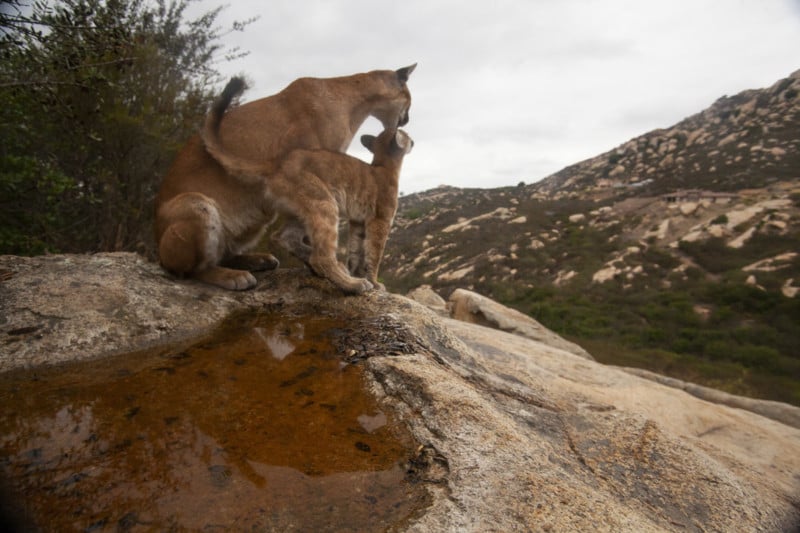 Toft uses Canon 7D and 5D DSLRs and a variety of lenses from Canon, Sigma, and Tamron in focal lengths in the 10mm to 20mm range.

“I use a PIR V3 passive motion trigger from Camtraptions for releasing the camera shutter. For lighting, I use both Nikon SB-26 and SB-28 strobes. Most of my set-ups have three strobes placed off-camera to light the subject and natural elements like rocks, trees, and vegetation,” says Toft.

He uses handmade housings to weatherproof his gear and custom makes his support hardware for holding cameras and strobes.

“The extra gear and effort to light the surrounding elements of your scene is crucial in producing the most pleasing images,” adds Toft. 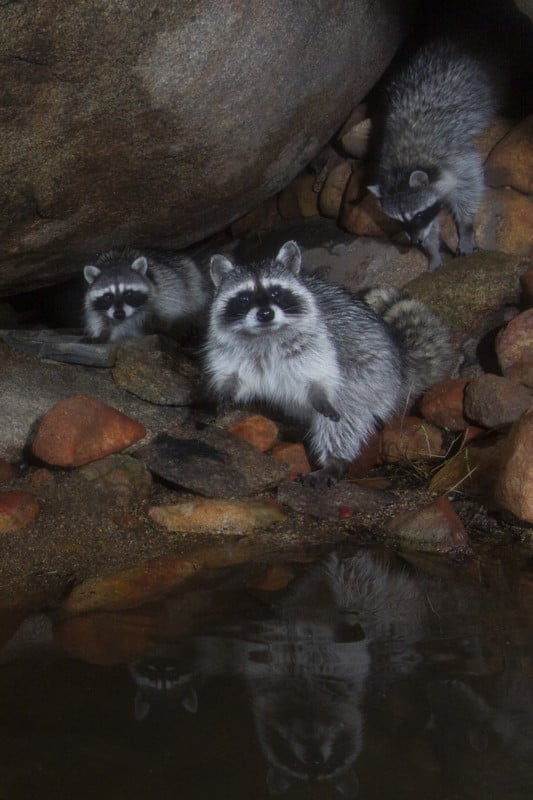 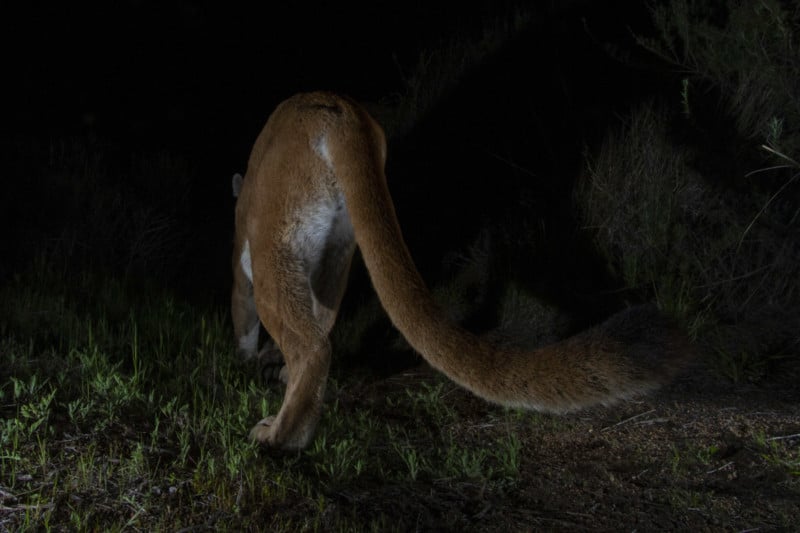 Toft spends six to seven months each year traveling in order to lead photo tours in exotic destinations around the world.

“In a typical year, I’ll be in Botswana for elephants, lions, and leopards.. then in Brazil for jaguars, in Chile for pumas, in Costa Rica for mind-blowing tropical wildlife, and India for snow leopards and tigers.”

Despite his experiences shooting in these exotic locations, Toft says it’s very special to capture local California wildlife in his backyard. Specifically mountain lions, Toft has known about them in his area since he was a boy but very rarely saw them because of their shy nature and nocturnal habits.

“With my camera traps, I’m able to enjoy and learn so much more about their behavior and day-to-day activities. I’m also able to share and educate my local community about these animals and foster an appreciation and reverence for the wildlife we still have living amongst us,” he says. 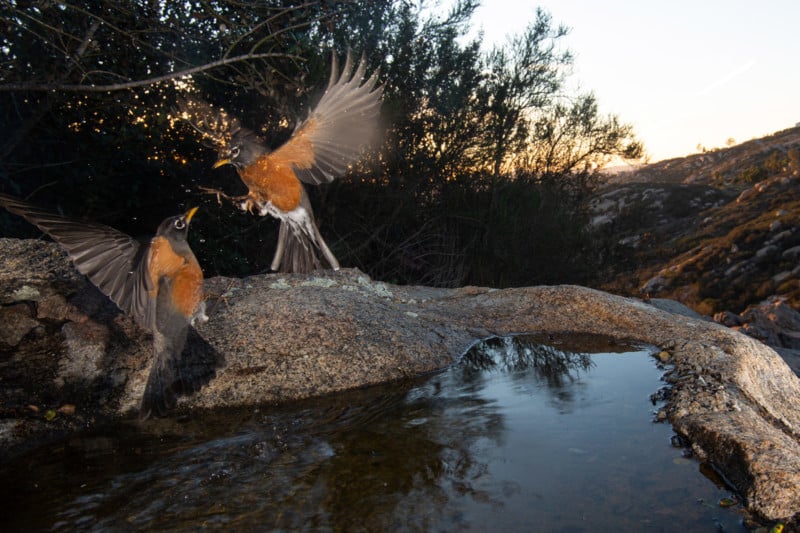 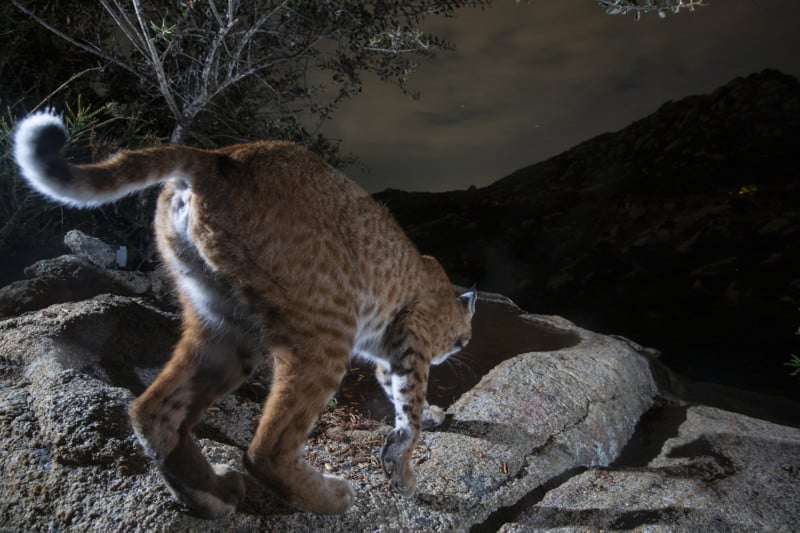 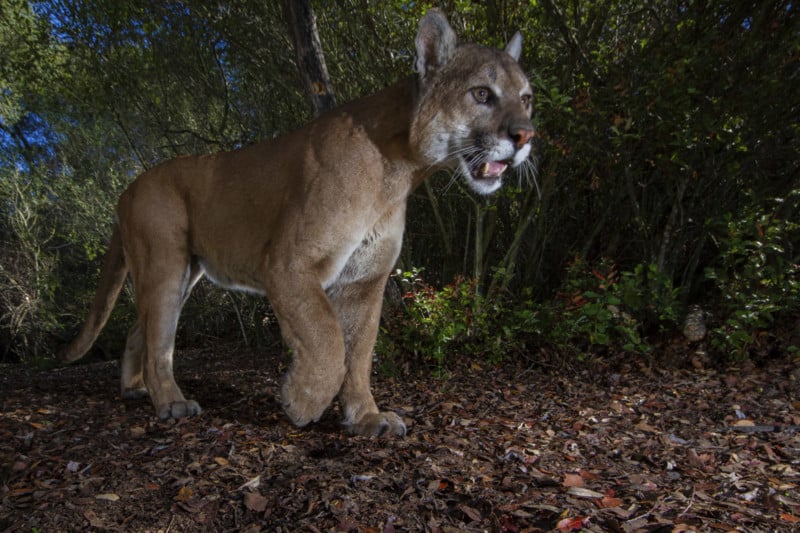 “I’ve always felt that making a beautiful image is only a small part of what you can do. It’s really about what you do with that image that makes a difference.”