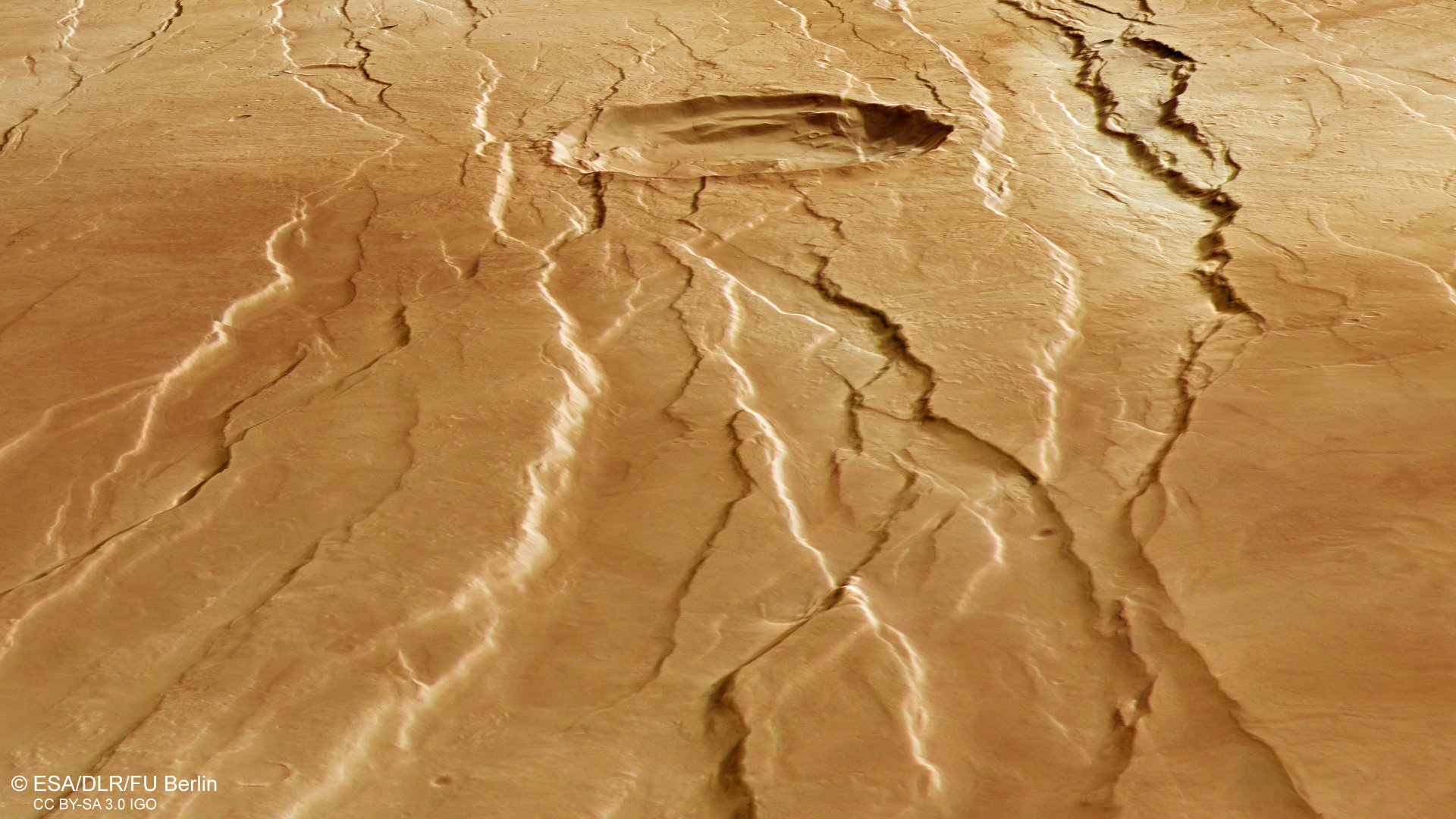 The European Space Agency’s Mars Express mission has captured some breathtaking new images of Mars. In the images, we’re able to see the aftermath of movement from Alba Mons, a low relief Martian volcano. Following the movement, the surface of the planet became warped, extended, and even broken. This led to the creation of Tantalus Fossae faults. The new features almost look like someone, or something, raked massive claws across the surface of the planet.

These new images of Mars are breathtaking

These latest images of Mars were captured by the Mars Express, an ongoing mission run by the ESA. The ESA says that the troughs that it shared were created as Alba Mons rose in elevation. The Tantalus Fossae are a surface feature known as grabens. Essentially, they formed when two parallel faults opened. This caused the rock in between to drop into the void that was created.

The latest images of Mars captured by the Mars Express give us a grand perspective of the new craters. In fact, you can see multiple grabens in these photos.

However, the ESA says that these did not all form at the same time. Instead, they formed one after another. As such, it may be possible to create a timeline based on the dramatic shifts the landscape has undergone.

Creating a timeline of Mars’ surface

As the ESA notes, the crater in the images of Mars that it shared is crosscut with the Tantalus Fossae. As such, it was most likely already there when the volcano shifted its elevation. If you look to the bottom-left of the largest crater, you’ll see a smaller one. The shift doesn’t appear to have affected this crater. As such, it is probably much younger.

Additionally, when looking at the new images of Mars, it’s easy to see how the valleys from the Tantalus Fossae appear to branch off. As it does, some of the areas are actually lower in elevation than others.

But, because the smaller, branching valleys do not run along the slopes of Alba Mons and merge where the ground is lower, scientists believe they are from more ancient times. Back before the volcano rose to its current elevation.

Mars Express has been orbiting Mars for almost 20 years now, since its arrival in 2003. And each new image of Mars it sends gives us more information about the Red Planet. Information that we may one day be able to use to discover more about life’s building blocks on the Martian surface.

And, sometime in the future, it could even help us put humans on Mars, or create breathable air on the Red Planet. For now, though, we can simply revel in the spectacle of these images.