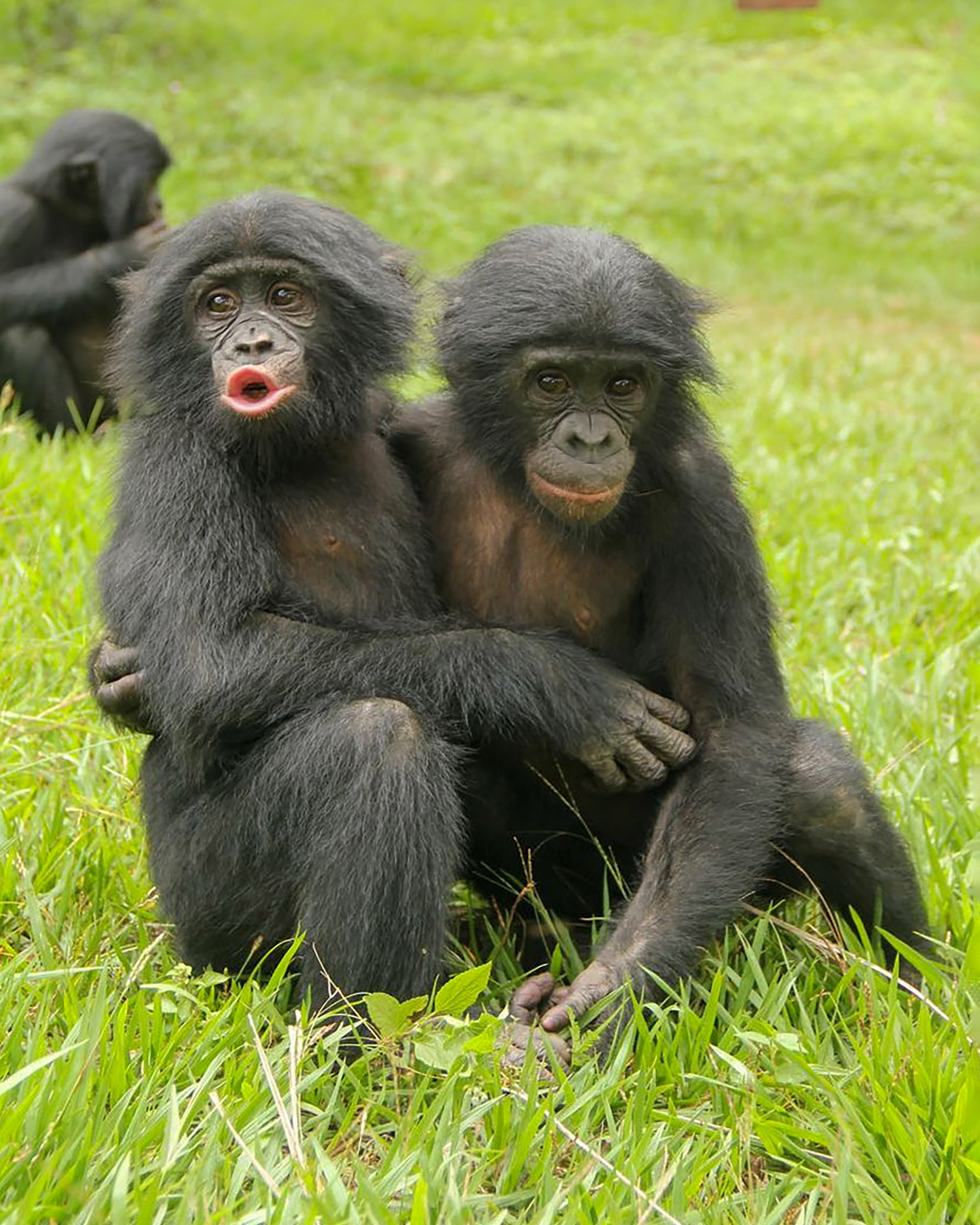 Bonobos produce high-pitched “baby-like” cries when they are attacked – to attract comfort from others, reveals new research.

The displays of distress are strategic, increasing their chances of consolation from other apes, say scientists.

They resemble those typically used by infants – such as pouting, whimpering and showing tantrums. The noises are similar to the babbles made by human babies.

Lead author Dr. Raphaela Heesen said: “Bonobos are highly sensitive to social situations and who is surrounding them.

“They have rich emotional lives and are able to communicate their emotional states in flexible ways to influence their group members.

“In using specifically ‘baby-like’ signals, bonobos might increase their chances to be consoled by others and alleviate their own stress level following aggressive attacks.

“Our research shows emotions and their expression do not only play a role in the regulation of social life in our own species, but also in our closest living primate relatives.”

The apes are our closest relatives in the animal kingdom – sharing 98 percent of our DNA.

Senior author Dr. Zanna Clay said: “The act of comforting a victim in distress has long been considered a form of empathy that is initiated by the bystander.

“However, our study reveals the victim’s own signals may be used strategically to shaping these responses.

“By producing signals that make them seem more like infants, bonobo victims can promote the chances of receiving comfort from others.

“This highlights the important role that communication plays in shaping empathic responding.”

The Durham University team analyzed two groups comprising over 40 individuals at the world’s only bonobo sanctuary in the Democratic Republic of Congo.

They observed how victims transmitted their feelings after a fight – and how it affected the responses of bystanders.

When the animals’ emissions resembled those of baby bonobos they were more likely to attract sympathy.

Adults usually stopped once they got support – while immature members carried on for longer.

They were less likely to be reattacked by their former opponent when they made these sounds.

The researchers also found bonobos are sensitive – producing more signals the more there were in the social audience. It suggests they adapt depending on who is nearby.

For years scientists believed great apes had no control over expressions of emotions. The study in Philosophical Transactions B turns that idea on its head.

It shows are cousins use them as not mere read-outs of internal states but in flexible ways – just like humans.

They can help them pursue social goals – even in excitable environments. It sheds fresh light on the evolutionary origins of communicating emotions.

Other great apes interpret the calls based on the contexts in which they were made – requiring them to make intelligent inferences about the meaning.

The post Bonobos Cry Like Human Babies When Attacked to Get Comforted: Scientists appeared first on Newsweek.