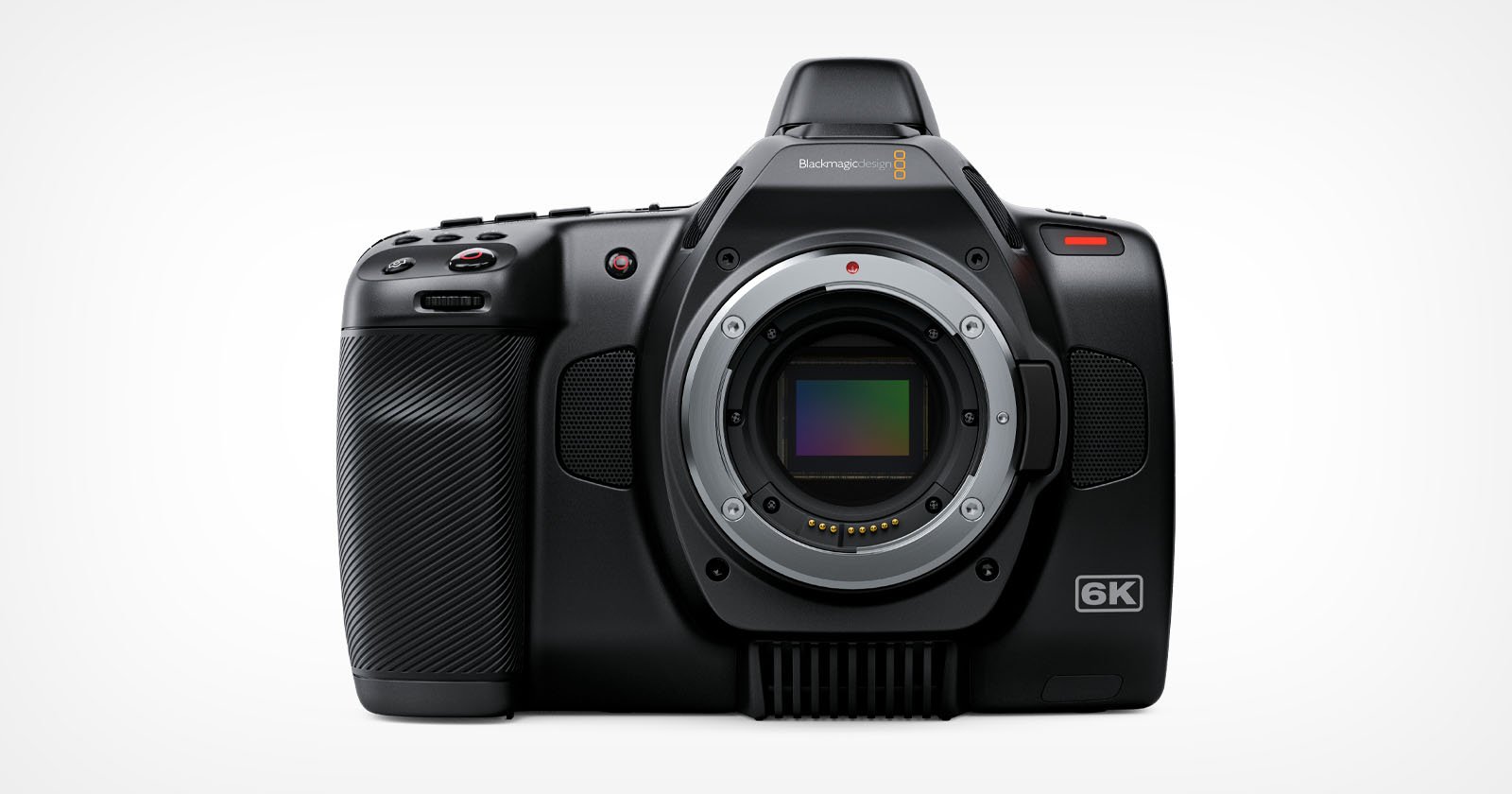 Blackmagic Design has announced the Pocket Cinema Camera 6K G2 that brings an adjustable touchscreen, a larger battery, and support for an optional electronic viewfinder for $1,995.

The new camera also has the latest Blackmagic generation 5 color science and keeps its cinematic Super 35 HDR image sensor with 13 stops of dynamic range, dual native ISO, and EF lens mount from the previous model. Pricing-wise, the G2 slips between the baseline Cinema Camera 6K and the 6K Pro that was announced in February of last year. 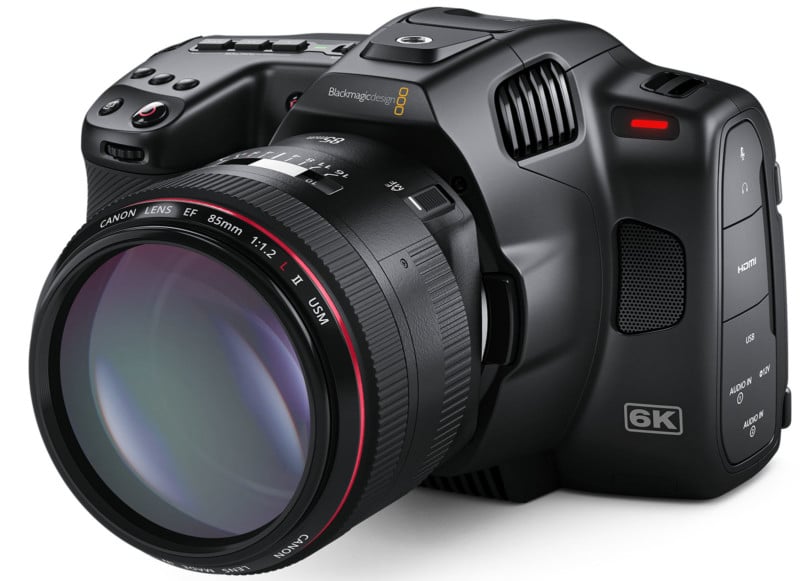 The updates to the 6K G2 are pretty modest. At the core of the camera is the same 6,144×4,456 Super35 sensor and EF lens mount found on the original Cinema Camera 6K and the 6K Pro, but doesn’t bring the motorized ND filters found on the latter. The G2 does bring the articulating screen design found on the 6K Pro and Blackmagic says the five-inch touchscreen is bright enough to make it easy to accurately frame, focus, and shoot. 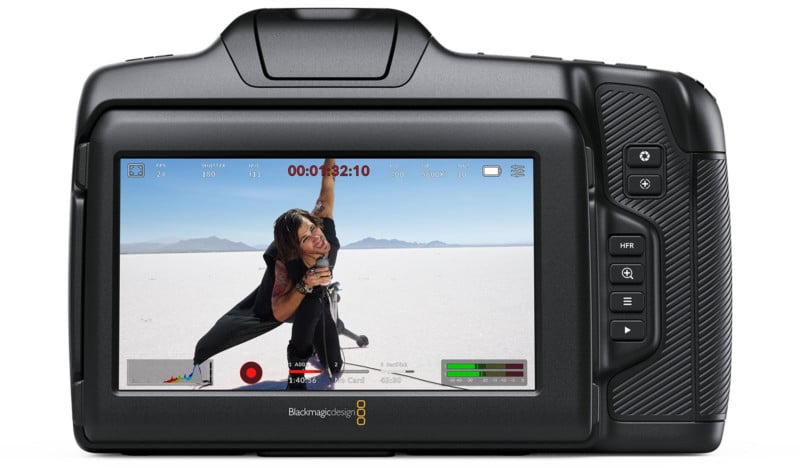 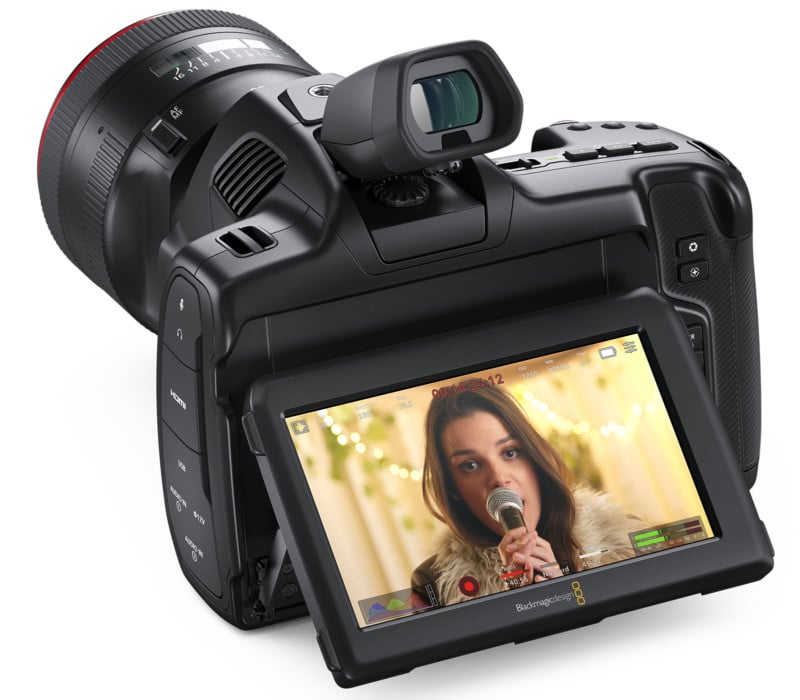 Inside, the camera uses the same generation 5 color science as Blackmagic’s higher-end URSA Mini Pro 12K which it says allows the 6K G2 to deliver accurate skin tones and faithful color. Filmmakers gain access to a new dynamic 12-bit gamma curve designed to capture more color data in the highlights and shadows, for better-looking images. Color science can also handle some complex Blackmagic Raw image processing. This allows for color and dynamic range data to be preserved through metadata that can then be used in postproduction. 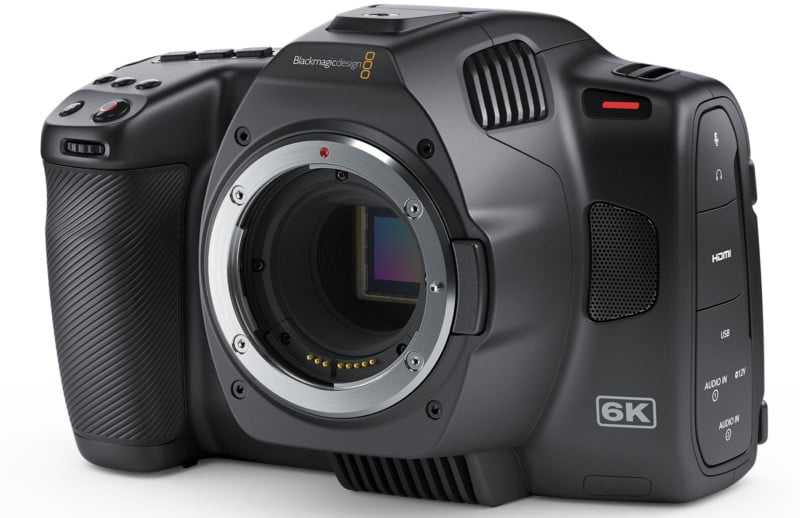 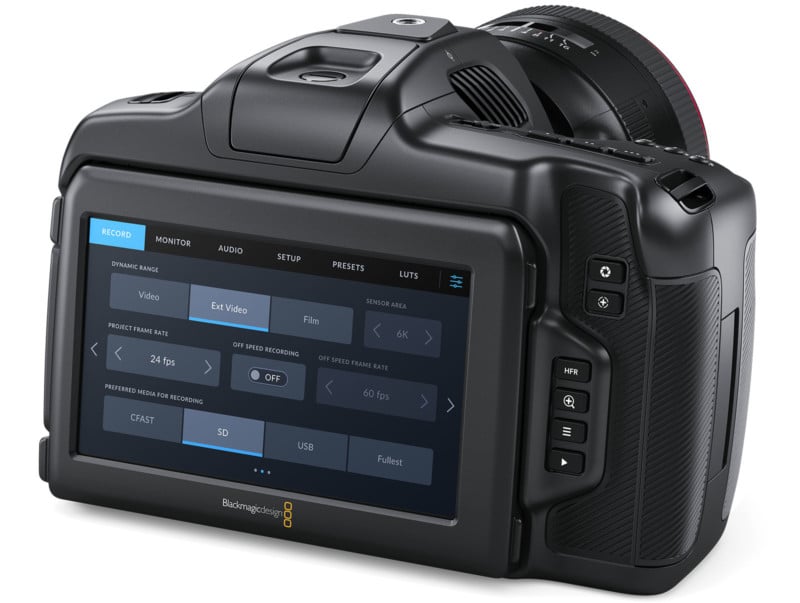 Just as is the case with the 6K Pro, the 6K G2 has support for an optional electronic viewfinder. The 1,280 x 960 color OLED display has a built-in proximity sensor and a four-element glass diopter for an accurate and wide -4 to +4 focus adjustment. It connects via a single connector at the top of the camera, a 70-degree swivel range, and comes with four different types of eyecups for both left and right eyes. 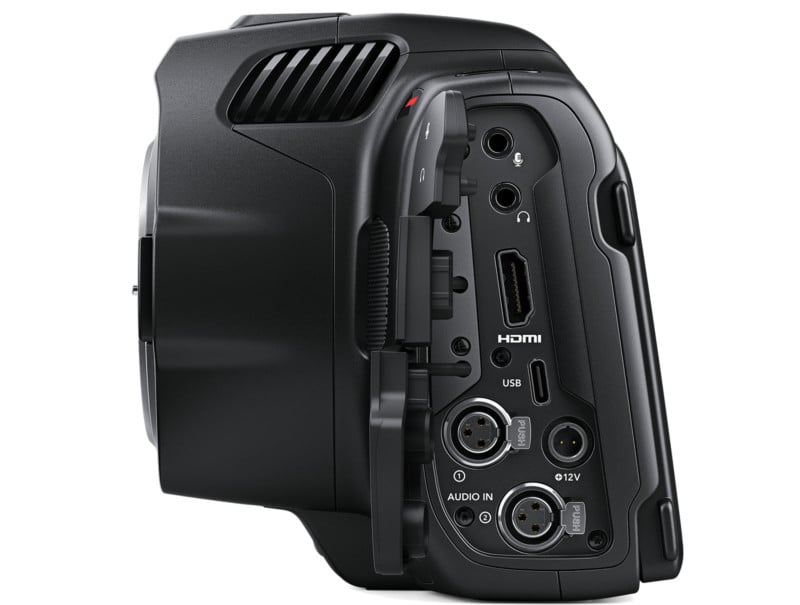 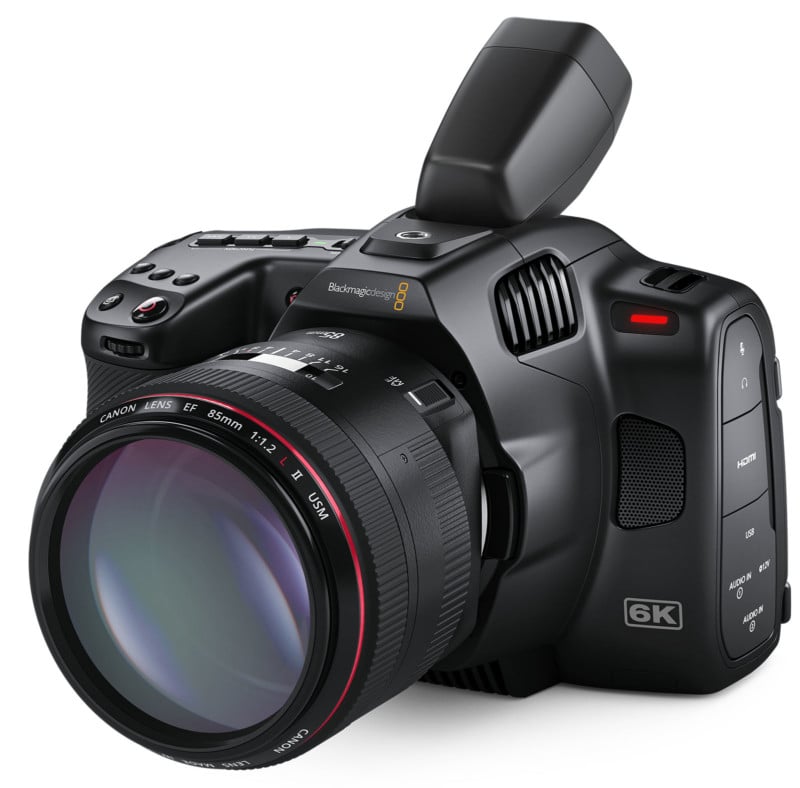 The G2 also accepts the same larger battery that the Pro model uses, the larger NP-F570 that Blackmagic says can support longer shoot times. The camera also supports a locking DC power connector for even longer shooting times, which can operate the camera and charge the battery simultaneously.