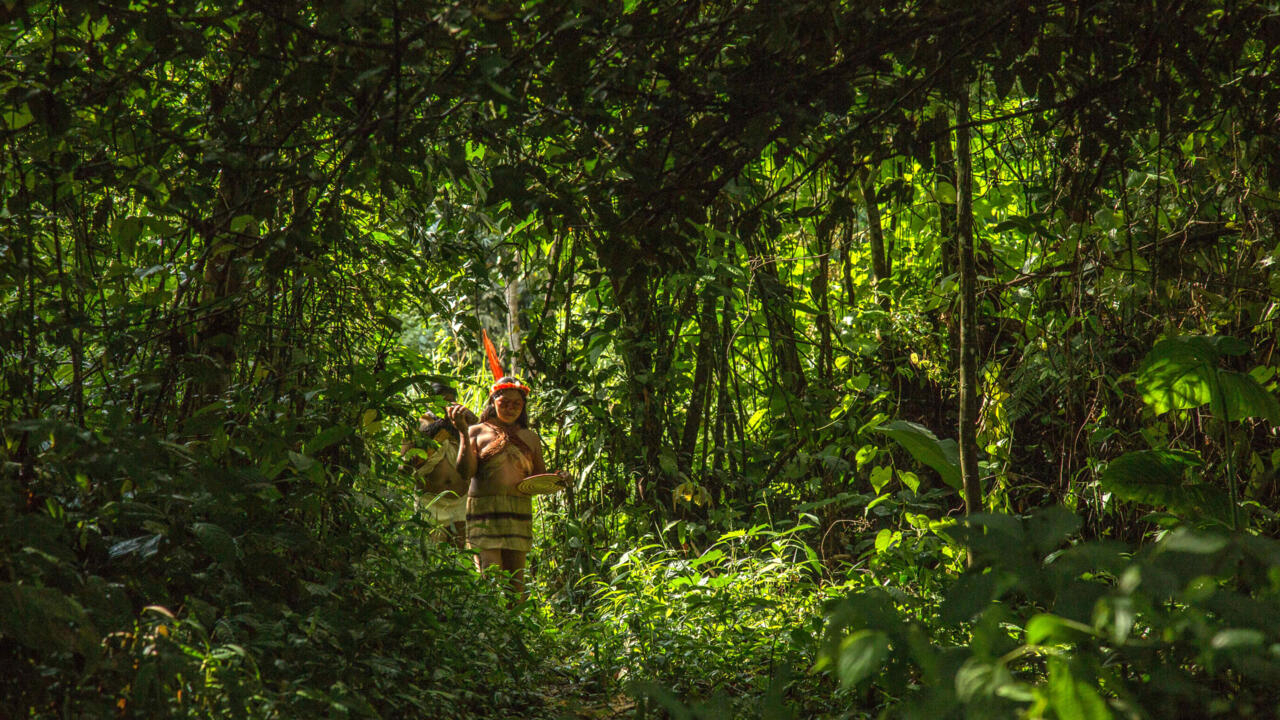 “A patent is a right of an inventor to exclude anyone else from making, using, selling, distributing what is invented. “When it comes to seeds, the problem is that seed isn’t an invention,” she explained, explaining that seeds were exchanged well before patents became available.

“But then you come to me and you take the seed. And then you patent it and say, ‘I created it and now you pay me royalties.’ That’s biopiracy.”

>> India vs. Monsanto: seeds of discord

Natural resources like seeds, plants, animals and even chemical compounds found in bioresource-rich countries have long been extracted by wealthy nations during periods of colonisation, when empires would steal from the territories they occupied.

Patented and exported, such resources have led to breakthrough discoveries in medicine, agriculture, even cosmetics. Many of these discoveries wouldn’t have been possible without drawing on traditional knowledge from local indigenous communities, who have often been unaccredited and uncompensated.

Now with the advent of technological advances like digital sequencing information (DSI), where genetic data from bioresources is digitised and stored online, the issue of biopiracy has become more complex.

It’s a roadblock so thorny that it could stifle the global agreement on nature loss currently being negotiated at the COP15 UN conference on biodiversity taking place in Montreal.

The Nagoya Protocol and the case of the Quassia Amara

At the heart of the debate around biopiracy is the question of ownership and benefit sharing. Why should wealthy, technology-rich countries get the lion’s share of benefits when extracting from less affluent, but extremely biodiverse, lands?

It’s a question the Convention on Biological Diversity (CBD) tried to tackle all the way back in 1993, when it came into force. The CBD set three goals, including “fair and equitable sharing the benefits arising from the utilisation genetic resources.” However, cases of biopiracy still occurred after the CBD became effective.

In 2005, for example, French researchers published preliminary findings of their travels to French Guiana – a former colony – where they carried out interviews to learn more about local anti-malarial remedies. Ten years later, the French Institute for Research and Development (IRD) was granted a patent by the European Patent Office for a compound derived from the Quassia Amara plant native to parts of Central and South America.

That same year, in 2015, the Danielle Mitterand Foundation filed an appeal against the patent, claiming the institute had committed biopiracy by “appropriating traditional knowledge” and failing to “recognise the contribution of indigenous and local populations to the research”.

Although researchers had discovered the antimalarial compound in the plant using alcohol-based extraction, rather than by traditional brewing of the plant in tea, it was local knowledge that guided the scientists to Quassia Amara in the first place.

French Guiana and the IRD eventually settled on a retroactive agreement in which the IRD would share any potential scientific and economic benefits derived from the compound. But in 2018, the European Patent Office ruled that the IRD could retain the patent, meaning it could still ban local communities from using the remedy.

What is interesting is that only one year before IRD was granted the patent, an international agreement intended to regulate biodiversity access and benefit sharing came into force. Known as the Nagoya Protocol, it requires countries to share benefits that come from the use of genetic resources in a fair and equitable way. Although the agreement is legally binding, it is not retroactive, so the research carried out by French scientists in 2005 was not covered.

Only 137 states worldwide have ratified the document. The document has not been ratified by countries like Russia, Canada, and the United States.

The digital sequence information (DSI) of genetic data stored online in public databases has been revolutionary for many reasons. It has led to the discovery of new HIV therapies, the creation of genetically modified organisms and even significantly accelerated the creation of Covid-19 tests and vaccines.

But with these technological advances come more complications, especially in regard to benefit sharing. Benefits from research that utilise bioresources are meant to go back to the country of origin in order to preserve its biodiversity. With DSI, traceability becomes blurred.

With or without patents, Scholz explains, scientists are required to disclose and upload their data – including digital sequence information – into public databases. This creates tension when a patent application is made and the DSI published.

Countries from Africa, Latin America and the Caribbean have argued that open-sourced digital sequence information has become a loophole for big pharma to avoid sharing profits derived from their native flora and fauna.

The concern could stem from existing flaws within the Nagoya Protocol. The agreement stipulates that countries share the benefits of genetic resources in an equitable manner. However, certain countries do not regulate their access to genetic resources. Countries with more stringent regulations or benefit-sharing arrangements are at disadvantage.

“It’s an inconsistent international system,” Scholz argues. Scholz argues that commercial interests will choose the path of least resistance, and move to Germany or other countries with few restrictions. That means countries where the resource could originate from will lose out on the benefit sharing.”

But there is hope. Ahead of the COP15, a union of African countries has suggested creating a system to gather a 1% tax on retail prices of all biodiversity-related products in order to support the conversation about biodiversity on the ground. Scholz considers the proposal revolutionary, and suggests a solution that would allow each country to apply the same rules.

“The biggest challenge is convincing everyone this is the right decision, especially in a time where inflation is on the rise,” Scholz warns.

COP15 ends on the 19 of December, when negotiators will have to come to a common agreement.

The post Biopiracy: The fight for fairness in the scientific exploitation of natural resources appeared first on France 24.