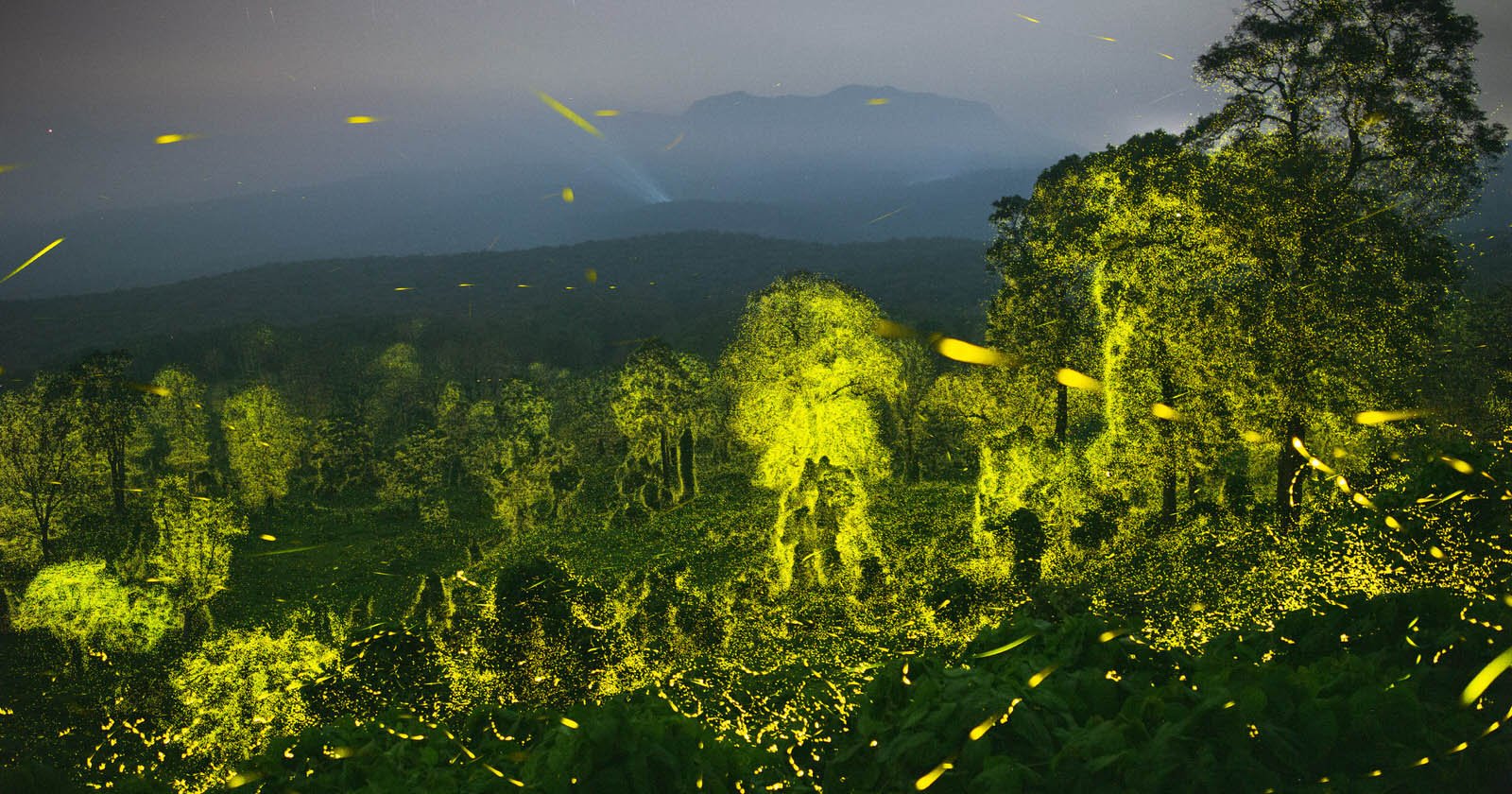 A photographer has captured dazzling photos and videos that show billions of synchronously flashing fireflies lighting up a wildlife reserve in India.

Sriram Murali, a photographer and software engineer who is an expert in light pollution and fireflies, visited the Anamalai Tiger Reserve (ATR) in Tiruppur District, Tamil Nadu, India, with forest service personnel in April 2022 to observe the synchronized flashing of fireflies.

“The bioluminescent world Pandora in Avatar may be fictional, but the phenomenon is true in the Anamalai Tiger Reserve (ATR),” the group writes. “In summer every year, thousands of crores of fireflies synchronously flashing at night turn this pristine forest reserve into a carpet of green. These insects rival the tigers and elephants that call ATR home.”

Murali captured billions of fireflies coordinating their flashes across the vast forest. He used long exposure photography to depict the vast numbers of fireflies in single frames.

“Flashes were found emerging in one tree and the relay was carried across the forest and the cycle continued all night,” the team writes. “Some trees pulsated in flashes that showed the trees’ structure in pitch black. Each tree seemed to have a different flashing pattern. The entire forest was glowing in yellowish-green.” 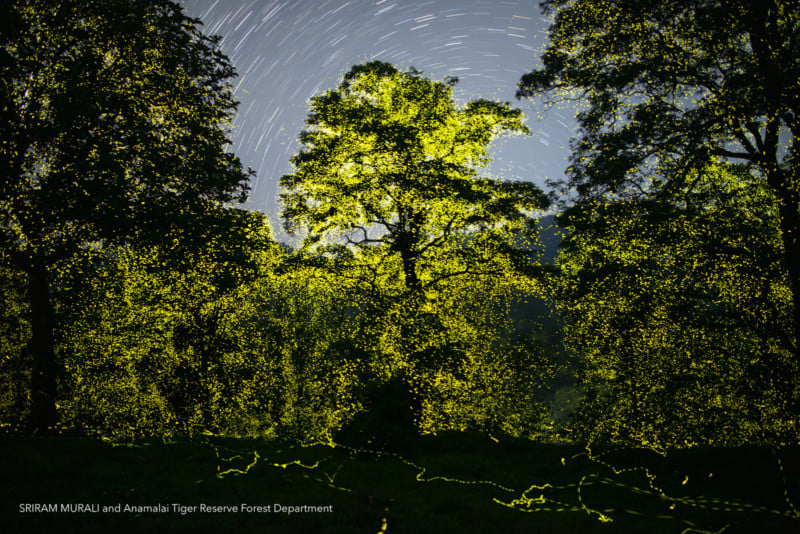 There are over 2,000 species of fireflies around the world, but only a small number of them synchronize their flashing.

The insects have dedicated light organs below their abdomens that take in oxygen and then use special cells to combine the element with a light-emitting compound called luciferin to produce their trademark glow. This means of producing light is said to be 100% efficient with no waste products.

The flashes are light are used by male fireflies as a mating signal to attract females.

“It is possible the forest has an equal number of females who may not even flash and possibly be wingless,” the group says. “Spending most of their life as larvae, they feed on soft-bodied insects.

“Adults only live for a few weeks and eat nectar and pollen. Such a large congregation shows how healthy the ecosystem is. Lack of lights, night tourism, dam constructions, habitation, and vehicle movement aid the large population of the fireflies.”

Synchronous behavior was noticed by scientists at ATR first in 1999 and then again in 2012. Scientists have determined that the fireflies are of the Abscondita genus but may be a new species.

“Detailed research and DNA sequencing are required to properly identify the species,” the team says. “They have a brownish color with black stripes, round eyes with intricate patterns, and are less than a centimeter long.

“This phenomenon is a result of decades of conservation work by several passionate officials that have toiled to protect the Anamalai Tiger Reserve. Firefly populations are on the decline across the world and this extremely rare celestial wonder should be protected for our future generations.”