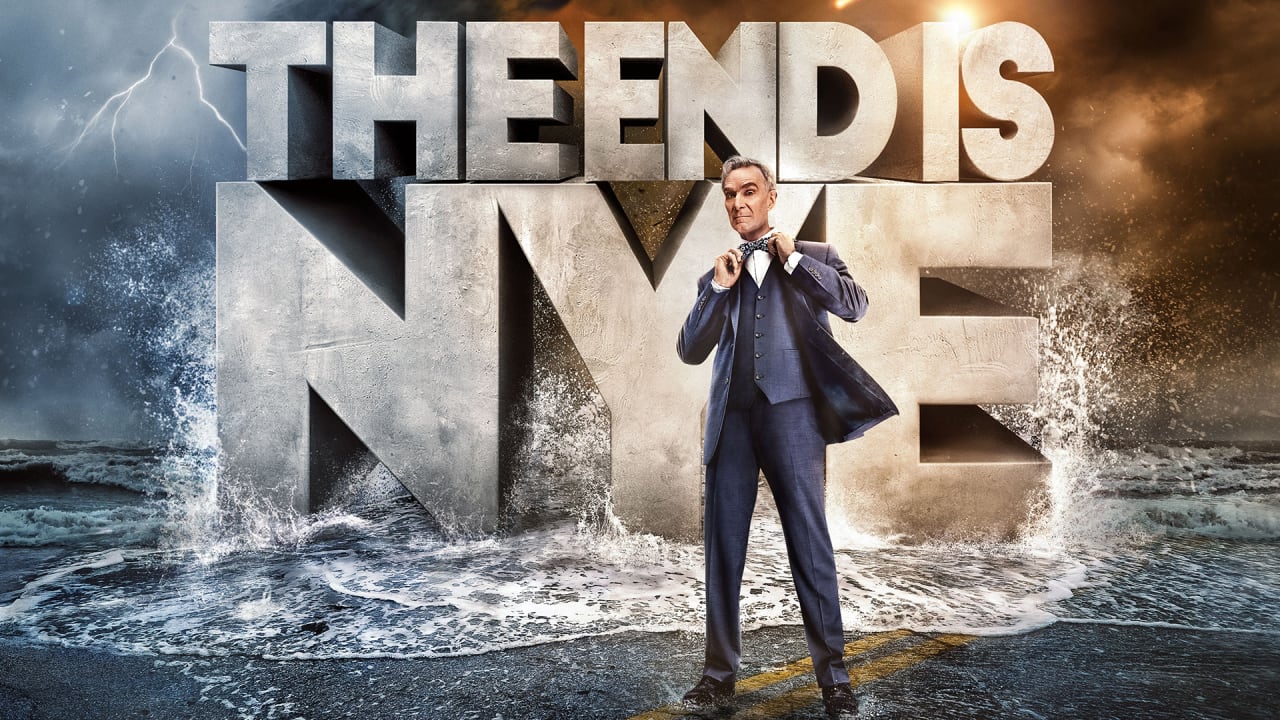 Bill Nye is here to tell us about the end of the world.

Come Thursday, the engineer-turned-TV host will cheekily unveil details of our imminent demise in his upcoming science disaster series The End is Nye, which streams on Peacock.

The six, 45-minute episodes assault viewers with epic global disasters—manmade and natural—in full VFX spectacle before offering a glimmer of hope in how science can help us survive, mitigate, or even prevent such atrocities from occurring.

Last month, attendees at the San Diego Comic-Con got a preview of what’s to come, when Nye came out on stage to introduce the show. “Viewer discretion advised” Nye warned as the episodes launched into unnervingly plausible scenarios that could result from an asteroid strike, a massive solar flare that takes out electric grids, a super volcano, an enormous earthquake, as well as the environmental ravages of climate change and global warming.

Co-creators Seth MacFarlane and Brannon Braga—the folks behind The Orville and Cosmos—worked heavily with science consultants and as well as an eschatologist, an expert on the end of humanity. But they deliberately play up the satire to deliver their apocalyptic warnings, wrapping their dark humor around Nye’s goofy charm.

Each episode follows a world-ending disaster through the eyes of an ignored scientist, professional, and nervous guy, with Nye suffering a cringeworthy death each time (a la South Park’s Kenny). In the second half, Nye bounces back to show us how current technologies and scientific solutions can help us avoid those fates. “We have to invest intellect and treasure to prepare,” says Nye.

MacFarlane cameos in each show as a bombast “whose willful ignorance or negligence has made a disaster work,” he told the folks at Comic-Con. In the pilot, he’s a Congressman refusing to issue emergency warnings, causing mass deaths from a ferocious superstorm induced by global warming. Later, a resurrected Nye showcases solutions that employ wetlands, marine wind turbine farms, and carbon capture technologies to mitigate storms and cool down the Earth.

“We tried to come at it in ways that aren’t triggering for some people, especially science deniers,” Braga, who also serves as director and showrunner, tells Fast Company. “The humor is the vital component. You want to have fun watching the show, but you also don’t want to undermine the seriousness of the situation or the science.”

The show sprang from a late-night pandemic call MacFarlane made to Braga about the oppressive fear-mongering on TV, asking, “`How could we use it as a force for good?’” Braga recalls. “Fear is a universal emotion. It grabs you by the collar. So let’s do a show that scares the crap out of you, then shows how science and ingenuity can get us through the worst of times and leave you with a really optimistic feeling.”

They brainstormed in MacFarlane’s backyard using pushpins and index cards and tossing out obscure science facts. “Katrina was a Category 5 hurricane, but did you know that there are Category Six hurricanes? So far, they’ve only occurred in the open ocean, but what if they came on land?” Nye asked. “Wouldn’t that suck?”

Production was also not without its own natural disasters. After hocking Braga to do his own stunts, Nye managed to tear a leg muscle four steps into running across a green screen stage.

The show manages that precarious balance between entertainment and education, but the elephant in the room remains:  scientific solutions may already exist, but is our willingness to engage them? Especially considering the Sisyphean political hurdles to enacting climate change policies or engaging the public in something as simple as just wearing masks.

None of this sways Nye, a stalwart in his program’s optimism, who finds hope in the increased awareness of emerging generations. “Young people are not gonna put up with this inaction,” he said.