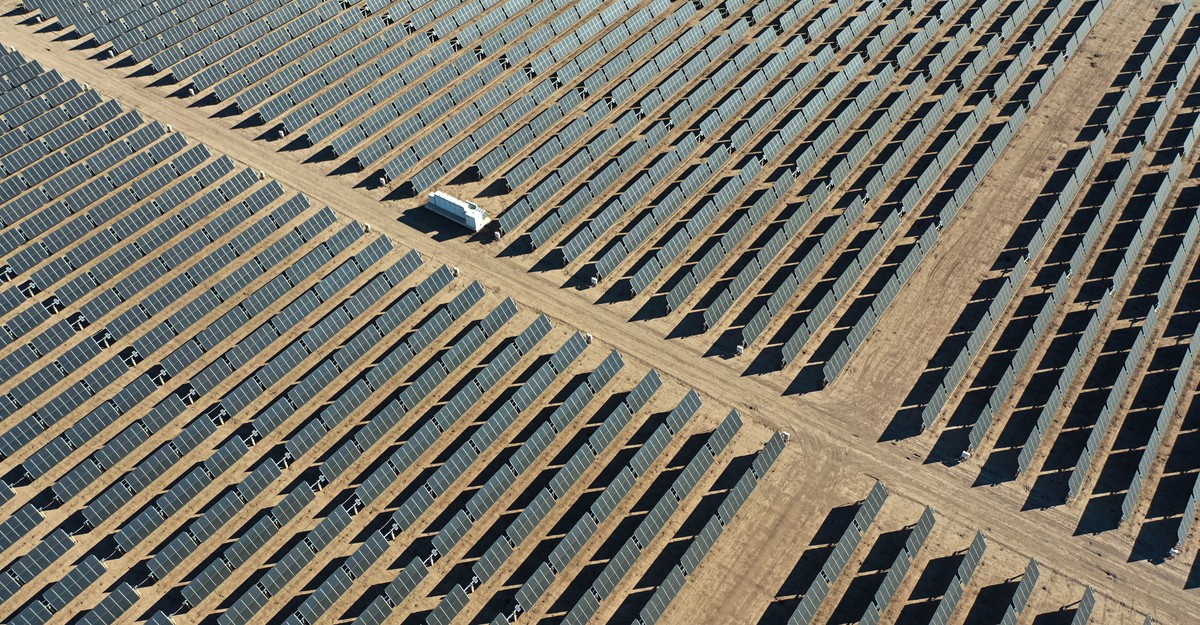 A legal relic dating back to the Korean War has become one of the White House’s most important tools to pursue its climate goals.

On Monday, the White House announced that it was invoking the Defense Production Act to boost manufacturing of certain technologies that will be essential for decarbonization, such as solar panels, heat pumps, and transformers for the electrical grid. It may seem like a standard federal paper-shuffling heat pump! ), but it amounts to one of the most aggressive executive actions that the administration has yet taken on climate change. It signals that with the White House’s climate legislation stalling in Congress, President Joe Biden is willing to use his sweeping executive authority, including under defense bills, to achieve his goals.

Even before the move, the Defense Production Act was the law of the moment. Both the Trump and Biden administrations have activated it in high-profile ways several times over the past two years, including to alleviate shortages of COVID-19 drugs and infant formula. In March, the White House invoked the law to secure more minerals for electric-vehicle-battery production.

Seemingly every problem has called for the DPA as a solution: Our economy today is physically constrained, and the DPA is one of the few laws that lets the White House operate in the realm of the physical. That’s because it allows the government to take a number of actions to speed up production and prevent shortfalls, including subsidizing private production of a certain good, securing more raw materials for a production process, or expediting the shipment of products across the country.

Generally, invoking the DPA allows the government to take a wide range of actions, Todd Tucker, the director of industrial policy and trade at the Roosevelt Institute, a progressive think tank, told me. He said that one of the most important actions in the DPA is the “permission for the administration to invest capital equipment and technology into private buildings.” For example, solar panels. Historically, foreign-made solar panels have been at least 30 percent cheaper than U.S.-made ones, which is one reason why America does not have a large solar-panel industry. Tucker stated that the DPA would allow the government to directly finance equipment for factories. This would reduce the premium and help boost domestic production.

Under the DPA, the government can also make a so-called advance market commitment, a promise to buy a certain volume of a product in order to ensure its production. The same idea undergirded Operation Warp Speed, the federal program that mass-produced COVID-19 vaccines roughly a year after the coronavirus’s discovery by promising companies such as Pfizer and Moderna that the government would buy millions of doses, allowing companies to manufacture them before clinical trials were complete. The DPA declaration allows the government to take similar steps for solar panels and other technology crucial for decarbonizing: Because companies know that they will have a customer for their products, they can quickly scale up production.

“If they’re talking to power-grid-equipment manufacturers, [who are] making X amount of products this year, the administration could say next year, ‘Why don’t you make 150 percent of that, and we’ll guarantee that you have a market for that,'” Tucker said.

But the appeal of the DPA is about politics as much as it is about policy. It largely skirts the two biggest obstacles that the Biden administration has faced in its attempt to decarbonize the economy. The first is Congress, where Senators Joe Manchin and Kyrsten Sinema have blocked its domestic climate proposals. Of course, an executive order by definition evades Congress. The second is the judiciary branch, which can severely curtail the White House’s executive authority–and could soon diminish it significantly in West Virginia v. EPA, a case that the Supreme Court is due to rule on in days. On the courts front, Biden’s orders fit within a plain-text reading of the law. The law’s definition of national defense explicitly cites energy production as an industry that the government is allowed to buttress. And since 2009, Congress has instructed the government to favor renewable energy over fossil fuels in DPA actions whenever possible. This instruction was upheld by the Republican-led Congress (and signed by President Donald Trump) when it renewed the law in 2018.

That’s not to say that the DPA goes totally unchecked. In future years, the administration may have to return to Congress to get more funding to execute its DPA authority, Tucker said. Though that is usually handled in the National Defense Authorization Act, which usually passes with bipartisan, filibuster-proof majorities. (The act is also up for renewal in 2025. )

Congress may also be more willing to foot the bill, because, more broadly, the White House’s moves should be understood as part of a bipartisan willingness to prepare the U.S. economy for economic conflict with China. Climate advocates have been complaining for the last month about tariffs blocking solar panel imports from China. The Biden administration put in place a different set of measures Monday that would prevent Chinese panels from getting new tariffs for two years. However, it does not remove existing ones.

That Biden is turning to the DPA is also a telling sign about how his administration views the economy more broadly–specifically, how it understands inflation. Over-demand in the U.S. may be responsible for at least part of the U.S.’s inflation. As the economist Jason Furman has written, that explains some of the difference between U.S. and European inflation.

However, not all inflation is related to demand. As I’ve written, some price increases, especially those in agriculture, may stem from the physical impacts of climate change. Some may be caused by so-called “bottleneck” industries, which are unable to ramp up production at the same rate as the rest. Energy is the classic bottleneck sector, Yakov Feygin, an economic historian at the Berggruen Institute, told me, if only because it can take a year or longer for new energy infrastructure to come online. The government could help alleviate some of the current inflation by clearing out the bottleneck industry hypothesis, which is facilitating the movement of goods.

In a sense, this is exactly what the DPA was designed to accomplish. Climate action has been largely about stopping private actors doing certain things for the last few decades. The use of the DPA signals that we’re in a new era. The government now has to cajole private actors into doing things–and when they can’t or won’t, the DPA makes sure that the White House can do them on its own.

The post Biden’s Climate Goals Rest on a 71-Year-Old Defense Law appeared first on The Atlantic.