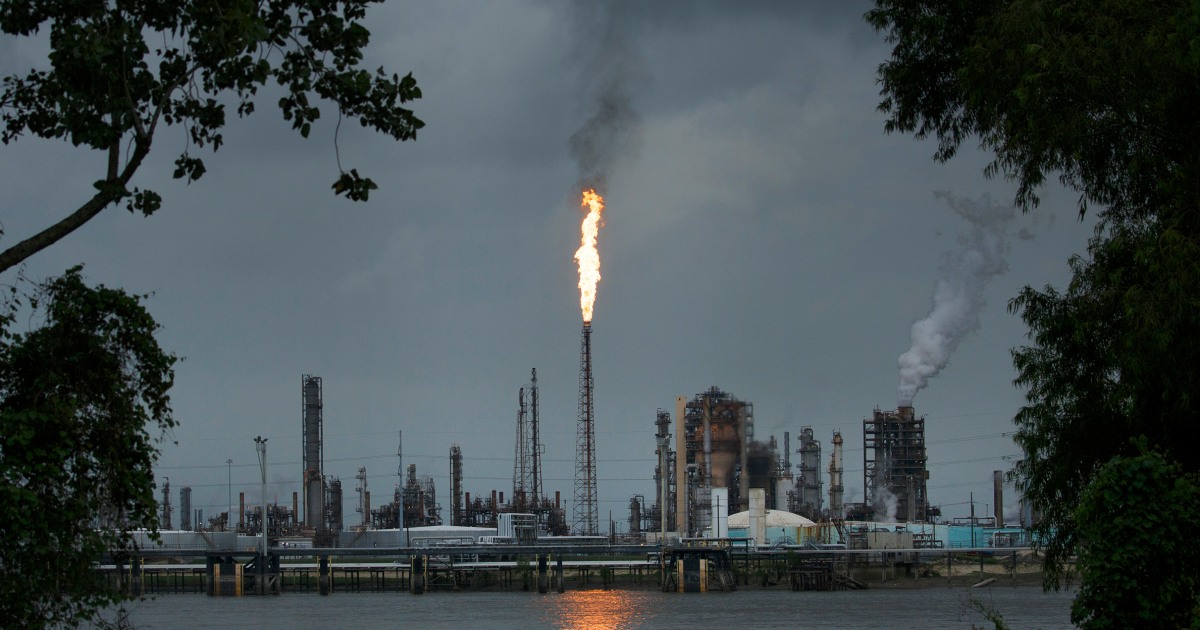 The Biden administration on Friday announced plans to significantly tighten regulations against methane emissions from domestic oil and gas drilling.

The new measures were unveiled at the United Nations Climate Change Conference, known as COP27, in Sharm el Sheikh, Egypt, and are part of the administration’s broader commitments to the global community to tackle the climate crisis.

The regulations aim to curb a key source of pollution and harmful emissions from fossil fuel companies. The regulations require that oil and gas companies use remote sensing technology in order to detect and fix large methane leakages and to monitor well locations.

The Environmental Protection Agency said the proposed standards would reduce methane from the oil and gas sector by 87% below 2005 levels.

“The United States has once again been a leader in addressing the climate crisis. We must set an example in tackling methane polluting the environment.

Methane accounts for a much smaller percentage of global greenhouse gas emissions than carbon dioxide (CO2), but methane’s molecular structure makes it able to trap more heat in the atmosphere per molecule than CO2. Methane is a major driver of short-term temperature rise.

The United Nations Environment Programme estimates that methane is responsible for more than 25% of global warming since pre-industrial times.

Microbes emit the gas in low-oxygen environments, but methane is also released into the atmosphere when coal, oil and natural gas are mined and transported. According to the EPA, the United States’ largest industrial source of methane is oil and natural gas. This sector can also produce toxic air pollutants like benzene.

The strengthened regulations call for companies to reduce emissions from gas flaring and establish a “super-emitter response program” that allows federal regulators and approved third parties to quickly identify and respond to major leaks.

“Cutting methane pollution from the oil and gas industry is one of the most immediate and cost-effective ways to slow the rate of global warming while improving air quality and protecting public health,” Jon Goldstein, senior director of regulatory and legislative affairs at Environmental Defense Fund, said in a statement.

“Methane and other pollutants released by oil and gas facilities threaten the health of frontline communities and contribute to our longstanding history of environmental injustice,” she said in a statement.

The Biden administration announced its plan to reduce methane emissions in November 2021 at the last U.N. Climate Change Conference. The EPA solicited feedback and comments from industry over the last year.

The American Petroleum Institute, an oil and gas lobby group whose membership includes Exxon Mobil and Chevron, appeared to support the proposed rules, saying in a statement that it will work with the EPA on a standard that is “cost-effective, promotes innovation, and creates the regulatory certainty needed for long-term planning.”

The EPA said it will accept public input on the new measures until Feb. 13 and will issue a final rule in 2023.

Last year, the U.S. and the European Union launched the Global Methane Pledge, which aims to reduce the world’s methane emissions by 30 percent by the end of the decade. The pledge includes 130 countries, though some key polluters such as Russia, China and India have not signed on to the agreement.