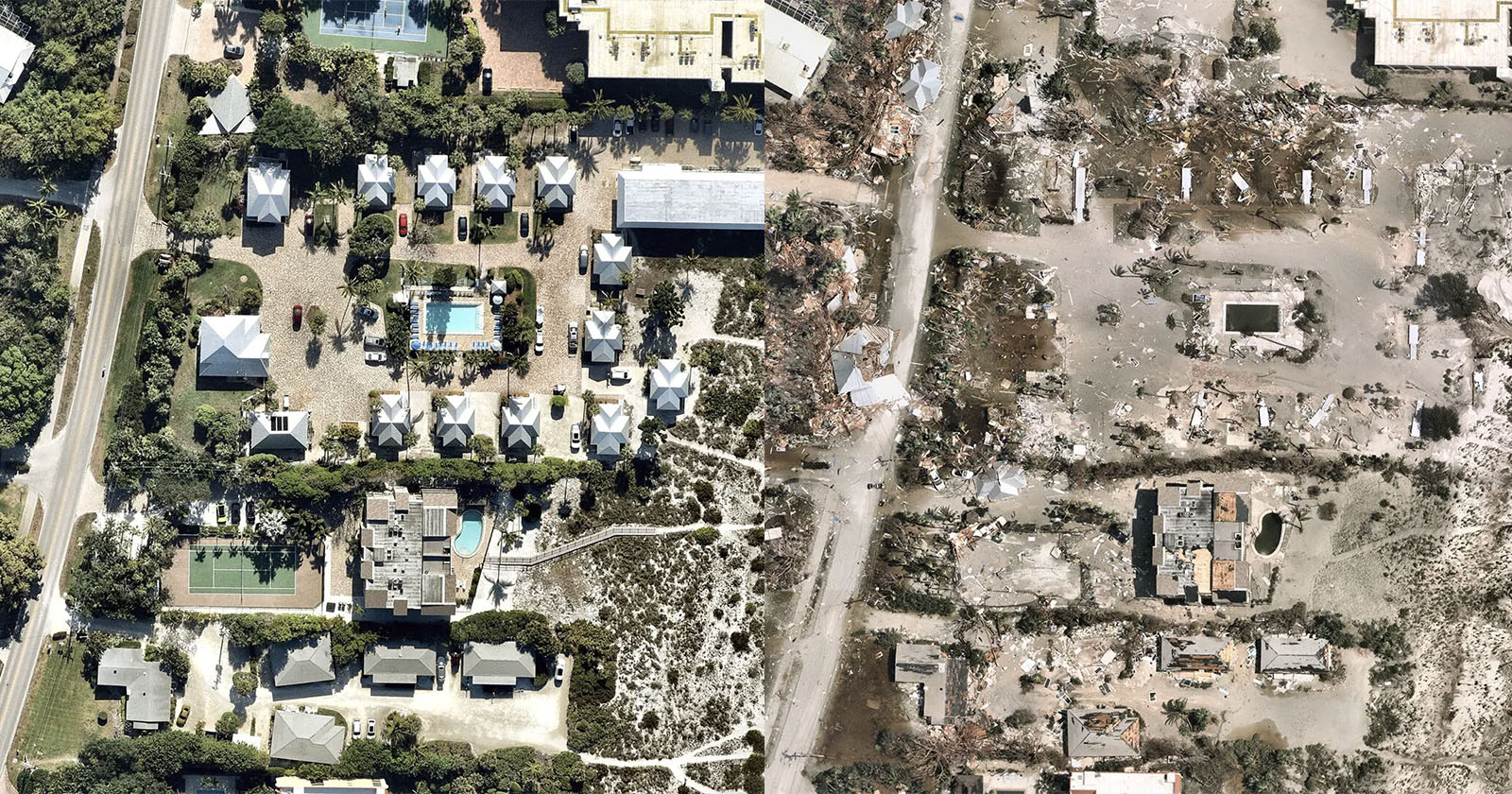 Before and after photos taken above Florida detail Hurricane Ian’s devastating impact on local infrastructure.

The photos were collected by Nearmap, an aerial imagery company that uses a camera system attached to planes instead of employing satellites.

The images show areas of southwest Florida that have been entirely destroyed by the terrifying storm, which the American Red Cross has described as “one of the largest natural disasters ever to hit Florida.”

A house on Estero Boulevard in Fort Myers Beach, which PetaPixel reported had been battered by hundred-mile-an-hour winds and high water, has been completely leveled with bits of the former house scattered across the landscape.

Fort Myers was in direct line of Hurricane Ian, with their homes reduced to the outline of the foundations.

Punta Gorda and Sanibel Island also feature in the above video. The storm surge washed out at least three sections from Sanibel Causeway, leaving many residents effectively stranded.

An image of a community on West Gulf Drive in Sanibel shows swimming pools, tennis courts, and large buildings completely wiped out by Ian.

Some houses in Punta Gorda that were rebuilt after Hurricane Charley in 2004 faired better with houses still standing among the debris.

At least 87 people have been confirmed dead since the hurricane struck the U.S. and rescuers are still desperately searching for survivors who may be trapped inside their own homes.

President Joe Biden and the first lady have confirmed plans to travel to Florida and Puerto Rico next week to survey the damage and meet officials and residents.

Drowning remains the leading cause of death, but there are other sad stories. An elderly couple whose oxygen machines stopped working because of power outages and subsequently lost their lives.

Nearmap is an aerial imaging company that frequently releases high-resolution images from above. The Australian company uses planes to avoid weather disruptions that satellites can cause.

Nearmap has a diverse client base from construction firms to federal agencies wanting access to its subscription-based model that offers several types of aerial imagery.