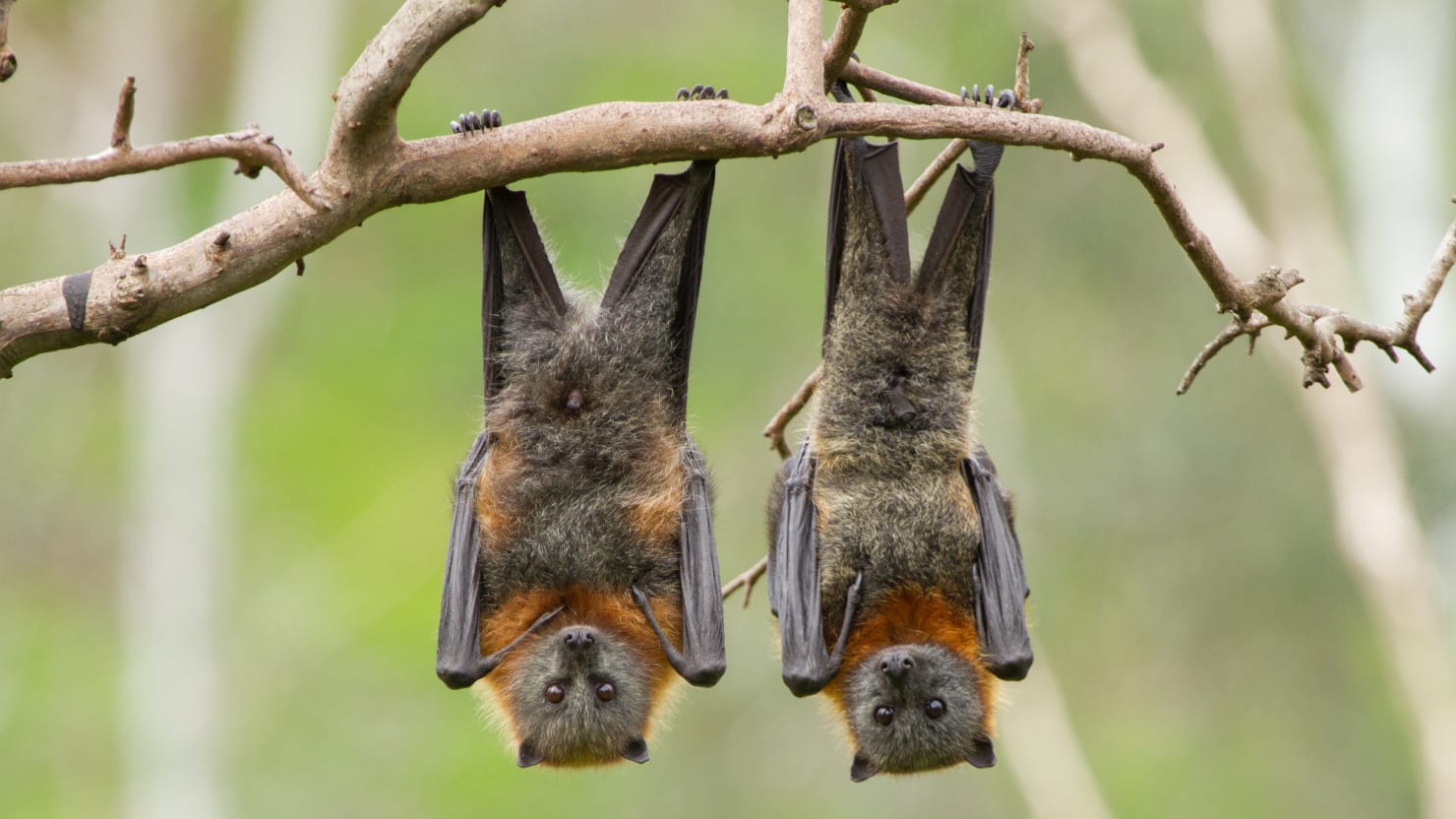 Turns out the death metal band BAT may have been on to something. Danish scientists have determined that bats communicate with each other by vibrating a pair of thick folds above their vocal chords—the same process that death metal singers use to produce their characteristic growls.

This vocal trick can help explain how it is that bats’ range can span seven octaves—multiple octaves more than a professional singer and the most out of any mammal. The Danish team’s research into bat vocal prowess was published on Tuesday in the journal PLOS Biology.

Bats’ range is “remarkable,” Coen Elemans, a biologist at the University of Southern Denmark and a co-author of the paper, said in a press release. “Some human singers can reach a range of 4-5 [octaves], but they are only very few. Well-known examples are Mariah Carey, Axl Rose, and Prince. It turns out that bats surpass this range by using different structures in their larynx,” he added.

Normally, when a mammal vocalizes, muscles in an organ called the larynx push the vocal cords together. Air rushing past these folds makes them vibrate and produces the sound we recognize as a bark, moo, bleat, or human word. But researchers had yet to pinpoint the subtle structures that allow bats such a wide vocal range.

Elemans and his collaborators dissected five Daubenton’s bats to isolate their larynges and peer inside the mammals’ vocal production. They then mounted each bat’s larynx on the tip of a tiny needle and recorded sound and ultra-high speed video as they ran humidified air through the organ. By mimicking a bat’s lungs, the researchers were able to produce and record a range of sounds, then watch in slow motion to see which structures’ vibrations produced each vocalization.

What complicates bat sounds is that the animals need to use their voice for two radically different purposes: echolocation and communication. Echolocation used to navigate and identify prey relies on very high-frequency vocalizations, while bat communication may have evolved to be much lower to prevent crossed signals and overlap, the researchers proposed. Bat vocal cords can produce a biological sonar with the help of a thin membrane, the researchers found, and the folds above their cords create the much lower-frequency sounds.

The next time you hear screamo, instead of thinking “I could never do that,” take solace in the fact that although you cannot, a bat probably can.

The post Bats Use Screamo Growls to Talk to Each Other appeared first on The Daily Beast.