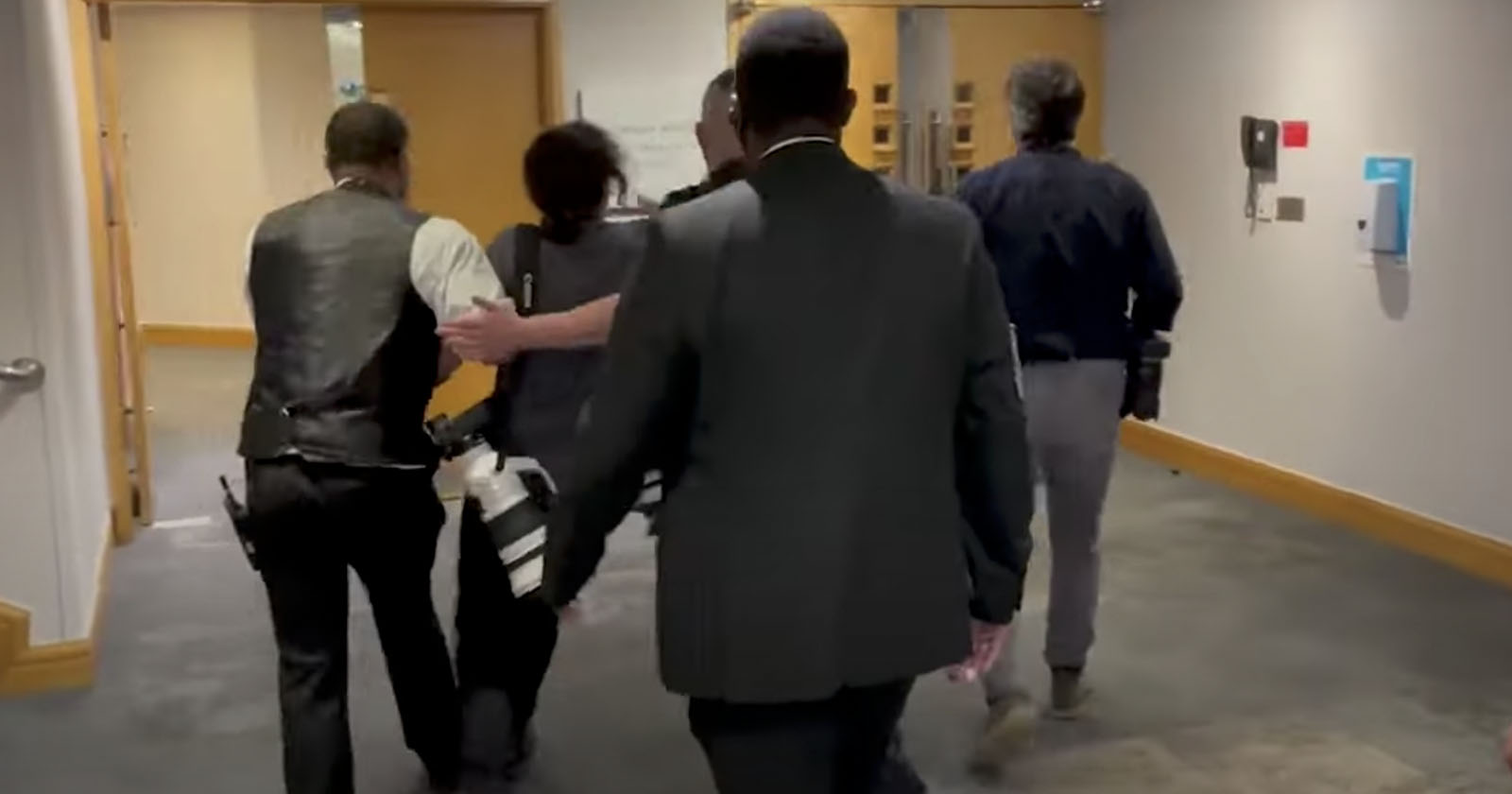 A press agency photographer was manhandled out of a major political convention after a “misunderstanding” between venue security staff.

Photographer Tolga Akmen was covering the Conservative Party conference in the U.K. for the Europan Pressphoto Agency (EPA) when security guards bundled him out of the venue as he protested.

The disturbing footage is shown above. A security guard says: “You must leave because you are being quite aggressive” and drags the photographer out of a room.

Akmen protests by saying: “I’m not being aggressive…I”m not doing anything. Just leave me be, I’m a member of the media.”

Three security staff frogmarch the photographer out, who is carrying two large Canon lenses on each shoulder.

” “I didn’t do any, I promise to you, I didn’t do anything,” the photographer tells one member of staff who threatens him with calling the police.

Left in the Rain

Akmen said that he was left in the rain with his jacket and camera gear, but that they were later found.

I don’t think anyone was being called off, and I have no idea why. I happen to be someone who argued back, and they don’t [take] kindly to that,” he says.

” We should be able to access the media and have been accredited. I showed them my press card. I have never had anything like this happen in my life,” he explains.

I had to stand in the rain for over an hour with my shirt on until someone could bring my gear.” he continues.

Akmen claims that the incident began after he was denied entry to the conference hall despite having his media card.

He then went to another entrance where he overheard a radio message from a security guard that described his appearance and stated that he had been “acting aggressively and needed to be stopped.”

EPA tweeted out the above statement they had received from the Conservative Party apologizing for what happened.

” We are aware of an [an] incident that occurred earlier in the day. A photographer was taken by security personnel. We believe there may have been a misunderstanding and have been in contact with the photographer to apologize.”

The British Conservative Party, commonly known as the Tories, is currently holding its annual conference in Birmingham where new Prime Minister Liz Truss is already facing difficulties after the tax cuts she announced just a few weeks into the job caused markets to panic sending the pound to an all-time low against the dollar.