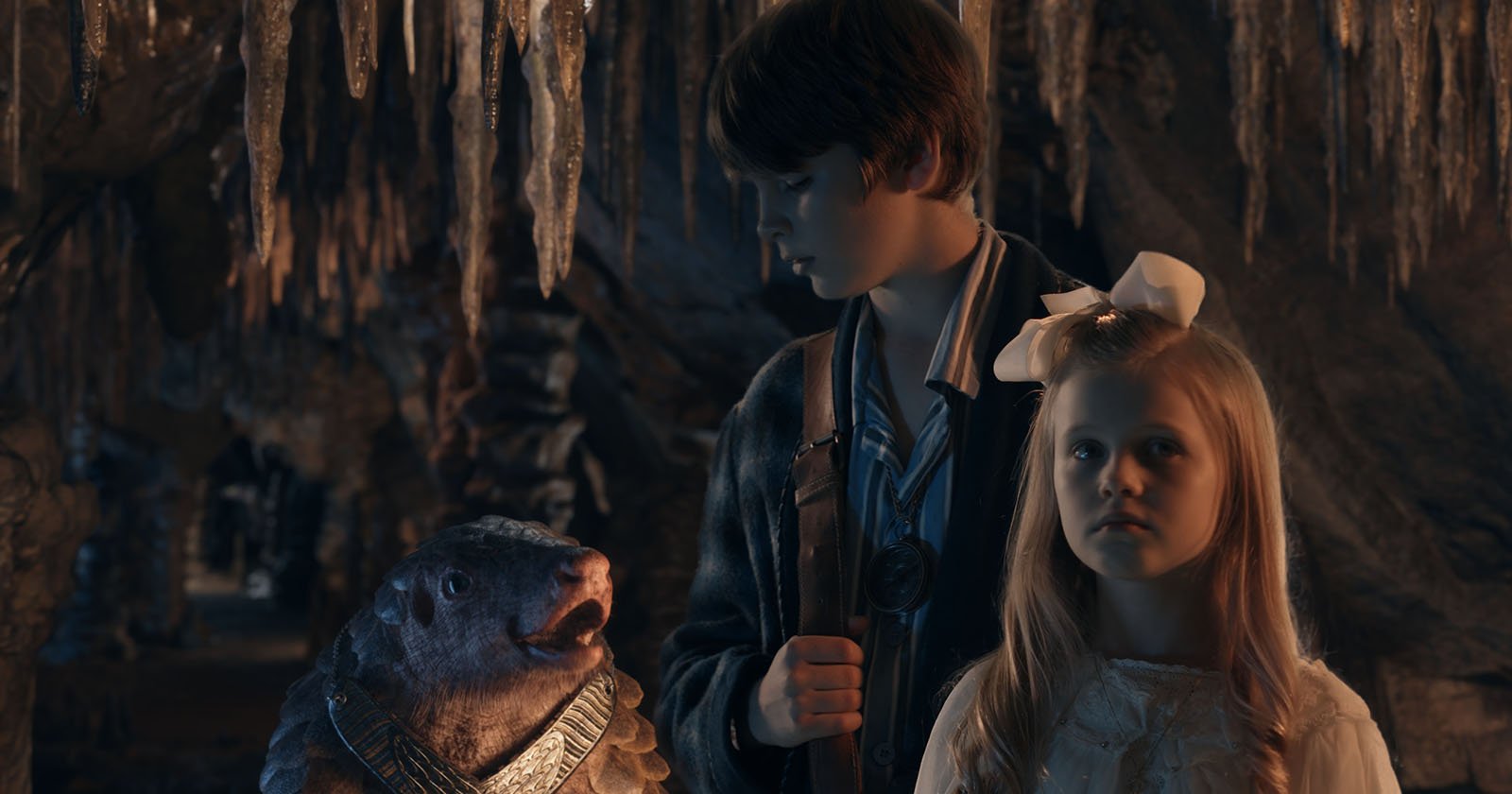 The new Australian film Don’t Go Below is the world’s first to use a real-time ray tracing system that utilizes ultra short throw projectors and ambient light-rejecting screens, melding a digital environment with actors.

Ray tracing is a computer modeling technique that is able to render how light hits objects in a way that mimics how it acts in real life. It is incredibly hardware intensive and for a long time had a significant impact on framerate, but new commercial graphics cards have been optimized to allow for the use of the technology while maintaining a decent framerate. The result has been a boon for the quality of video game graphics, but it also has applications in films.

The team claims they have been able to significantly improve the visual effects and realistic lighting by using technology that combines with Blackmagic Design cameras HTML5.

Don’t Go Below tells the story of 12-year-old Peter and his sister Verity, who are whisked off to the underground kingdom of the pangolins where a prophecy has declared that Peter is the king and he must go on a quest to save the realm from the mysterious Shroud. The family adventure film, which was shot in Sydney and recently screened at the Cannes Film Market, is the third film by Sydney filmmaker Matt Drummond.

Obviously a fantasy story, much of the environment needed to be created digitally. The team decided to use a completely different strategy than the traditional green screens.

The real-time projection system gave the lead actors (who were children aged 9 and 12) more direction for interacting with other characters within the fantasy world of the film. This is in contrast to how films such as the Star Wars trilogy prequels were shot, which famously used large green and blue screen sets that gave actors very little feedback to the scenes in which they were interacting.

The use of the technology not only helped the actors as the film team was shooting, but it also reduced the post-production time by more than 300 days.

The system is similar to the large screens used originally to produce the Tom Cruise film Oblivion and later used heavily in the production of Disney’s The Mandalorian.