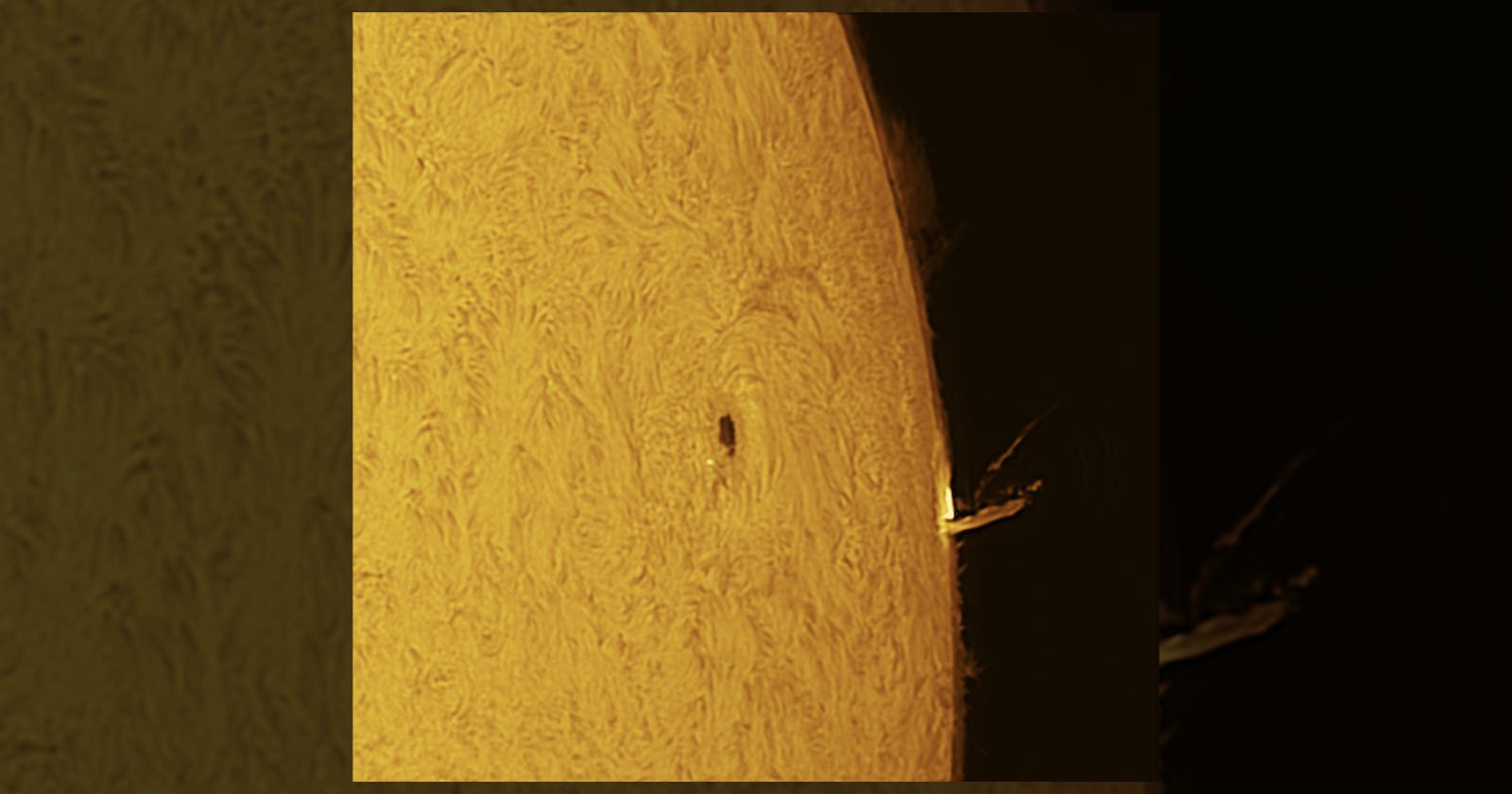 Chuck Ayoub had just set up a filter for his telescope camera and captured an enormous explosion at the Sun’s surface.

The remarkable eruption took place over a 40-minute period, but Ayoub sped it up to just 3. 2 seconds in the video he shared online.

“I thought it was going to be a quiet day on the Sun – I wasn’t expecting this,” exclaims Ayoub, on his Instagram account.

Ayoub was trying out his new DayStar Quark (chromosphere) solar filter attached to the end of an Explore Scientific AR102 telescope with a ZWO ASI174MM mono camera fixed onto it. The Detroit, Michigan native also uses an Astronomik L3 UV-IR energy rejection filter.

The flareup was so fast and intense that even though Aroub managed to capture a lot of images at the same time, he couldn’t get an accurate timelapse.

I should have reduced the intervals. I slowed this down to 18 frames per second instead of the usual 24 fps to try and see it better,” he wrote on Reddit.

Ayoub has been an astrophotographer for six years and has been capturing the Sun for about four years. Speaking to PetaPixel, he explains why the Sun is such a great subject.

“Capturing the Sun is always interesting because compared to my deep space imaging, where I know what to expect, the Sun is very dynamic and who knows what will happen next.”

To explain better contextualize the scale, the explosion that Ayoub captured would be big enough to envelop the entirety of planet Earth — in fact, it would encase the human race three times over with its hot plasma.

Solar flares, the most explosive solar system events, have the potential of affecting Planet Earth and sparking geomagnetic storms. Recently, the Sun has unleashed many solar flares, with intense bursts of radiation arising from the explosive releases of magnetic energy. Andrew McCarthy, a photographer captured the large plume of plasma that was exploding on the surface in January. It looked almost like a tree.

In April, the Sun unleashed its most powerful solar flare seen in five years and scientists have noted that it is having a particularly active period.

Ayoub also captured a giant storm on the Sun back in 2020, where hot plasma is seen rising and falling at the same time in an ongoing battle between changing magnetic fields.

Conditions need to be right for Ayoub’s pictures, considering he is capturing an object that is 93 million miles away; the atmosphere and other factors can often get in the way of a clean shot.

More from Ayoub can be found on his Instagram.