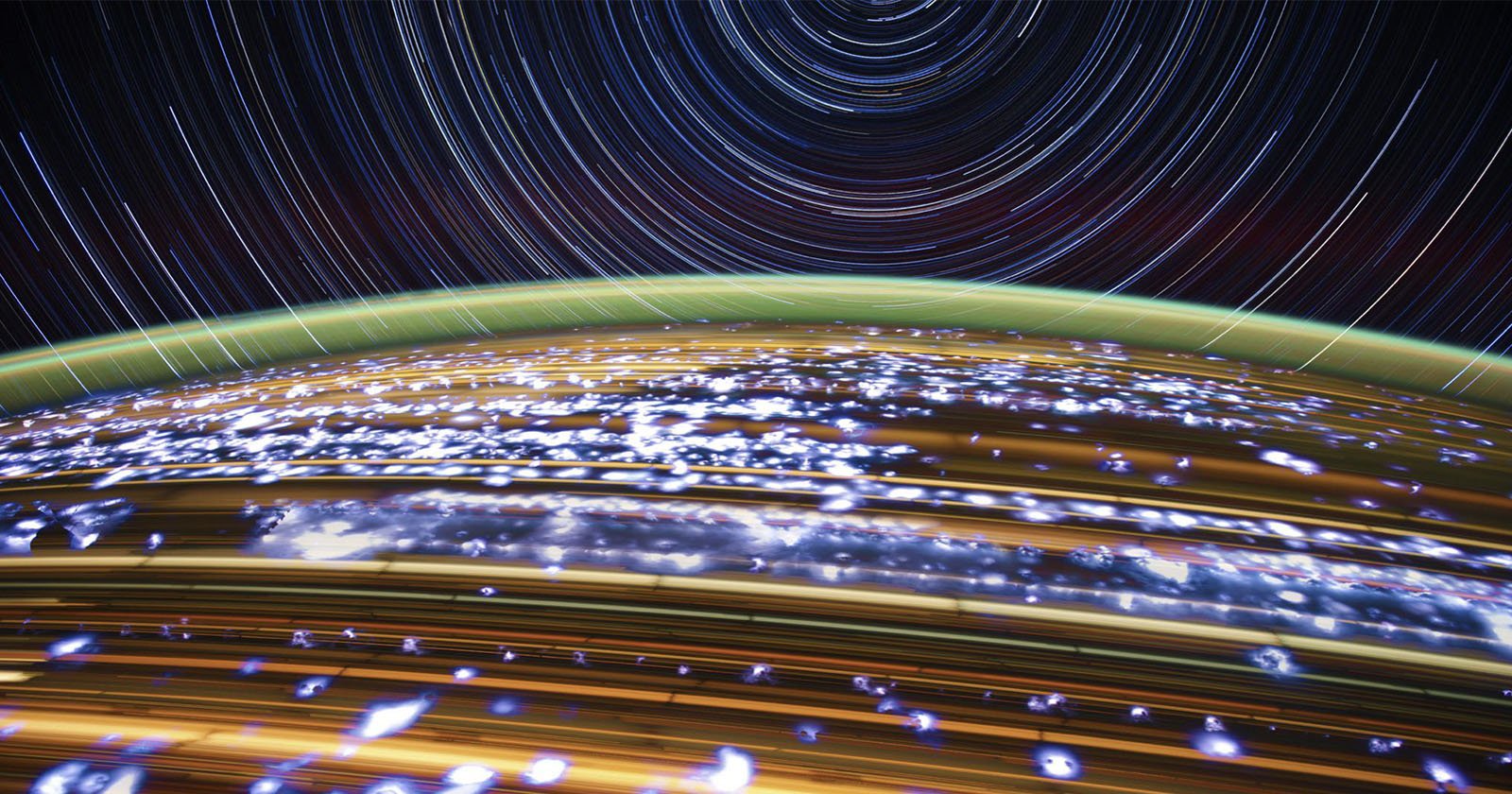 As reported by DPReview, Pettit joined Reddit and shared an incredible image he called Lightning Bugs, which he shot while in space on Expedition 30, a long-duration ISS mission, in 2012.

“In the photo, stars make arcing trails in deep space, while a huge thunderstorm pounds Earth below as seen from the time history of lightning flashes,” he adds.

The atmosphere in between them glows green due to what scientists refer to as airglow. This excitation mechanism is different than the auroras .”

Airglow causes the night sky not completely darkened by the emission of light from a planet atmosphere.

Airglow can affect the performance of ground-based optical telescopes, which is one reason space telescopes like the James Webb telescope can peer farther into space and picture far fainter objects.

“City lights flow as orange streaks, and faint star trails that show the Earth’s rotation are visible in the lower left, forming an image reminiscent of a spherinder, the 4D tesseract’s lesser known spherical cousin,” writes Petti on his Instagram page.

“Astrophotography can find exciting ways to combine both science and art,” he adds.

Pettit is a veteran of three spaceflights and has logged over 370 days in space that has included over 13 spacewalks.

He is an avid photographer who captures amazing photos from space. He appreciates art as well as science.

Speaking in 2012 about the challenges of shooting in space he told how reflections are a huge issue.

It is difficult to eliminate reflections from space, especially if you are taking photos at night time orbital. I call this my turtleneck,” he said.