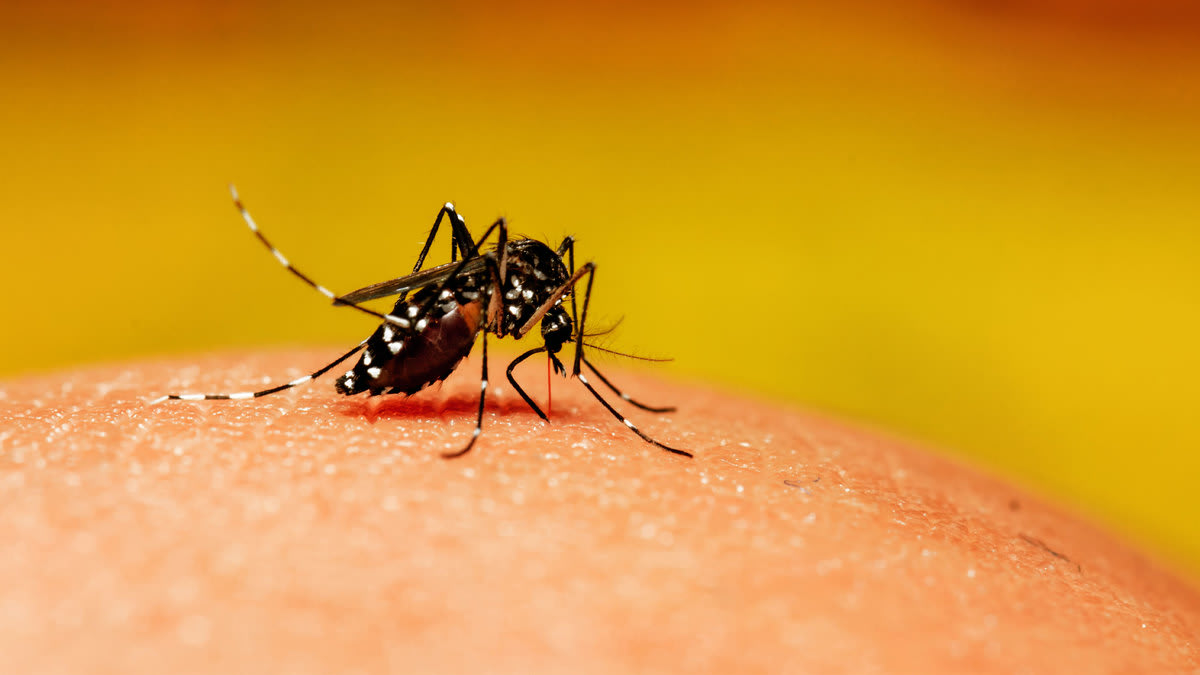 Nothing sucks more than trying to enjoy the great outdoors, only to be set upon blood-thirsty mosquitoes. If it seems like they tend to enjoy feasting on your skin more than those around you, there might be a scientific reason for that.

A new study published Tuesday in the journal Cell found evidence that mosquitoes prefer the skin of specific humans due to a specific compound found in sweat called carboxylic acid. These findings can potentially be used to develop better repellants for the insect, preventing bites and even deadly diseases like yellow fever and Zika from spreading.

While it has been known that mosquitoes prefer certain humans ,, the reasons why were still unknown. Previous research suggested that it had to do with carboxylic acid, which didn’t necessarily attract mosquitoes on its own. It can be combined with chemicals in sweat like ammonia or lactic acid to make it a tempting cocktail for mosquitoes.

To confirm these inklings, the study’s authors collected odor samples from 64 different people by using a nylon sock worn on their arm. They then removed the socks and exposed them to a swarm of mosquitoes. After analyzing the chemical composition of nylon socks, researchers discovered that mosquitoes were more likely to bite humans with higher amounts of carboxylic acid.

The authors note that this trait is often a fixed one. That means that if your sweat contains more carboxylic acid, it might just be that way for your entire life. There is some good news though: If you’re around other people outdoors and you don’t exude more of the acid, mosquitoes are going to flock to the poor folks who do and mostly avoid you!

“Mosquito preferences matter more in a group setting,” the study’s authors wrote. “The ‘mosquito magnet’ in the group may receive the most bites, leaving the less attractive humans largely untouched. This suggests that mosquitoes distinguish the scent of two human samples using cues that exist along a continuum.”

This research will likely play a very important role in the fight against mosquito-borne illnesses that claim more than a million lives a year, according to the American Mosquito Control Association. According to the study, targeted treatment and preventative measures for mosquito magnets can be created. This could help save many lives.

The post Are You a Mosquito Magnet? It Might Be Because You Stink appeared first on The Daily Beast.