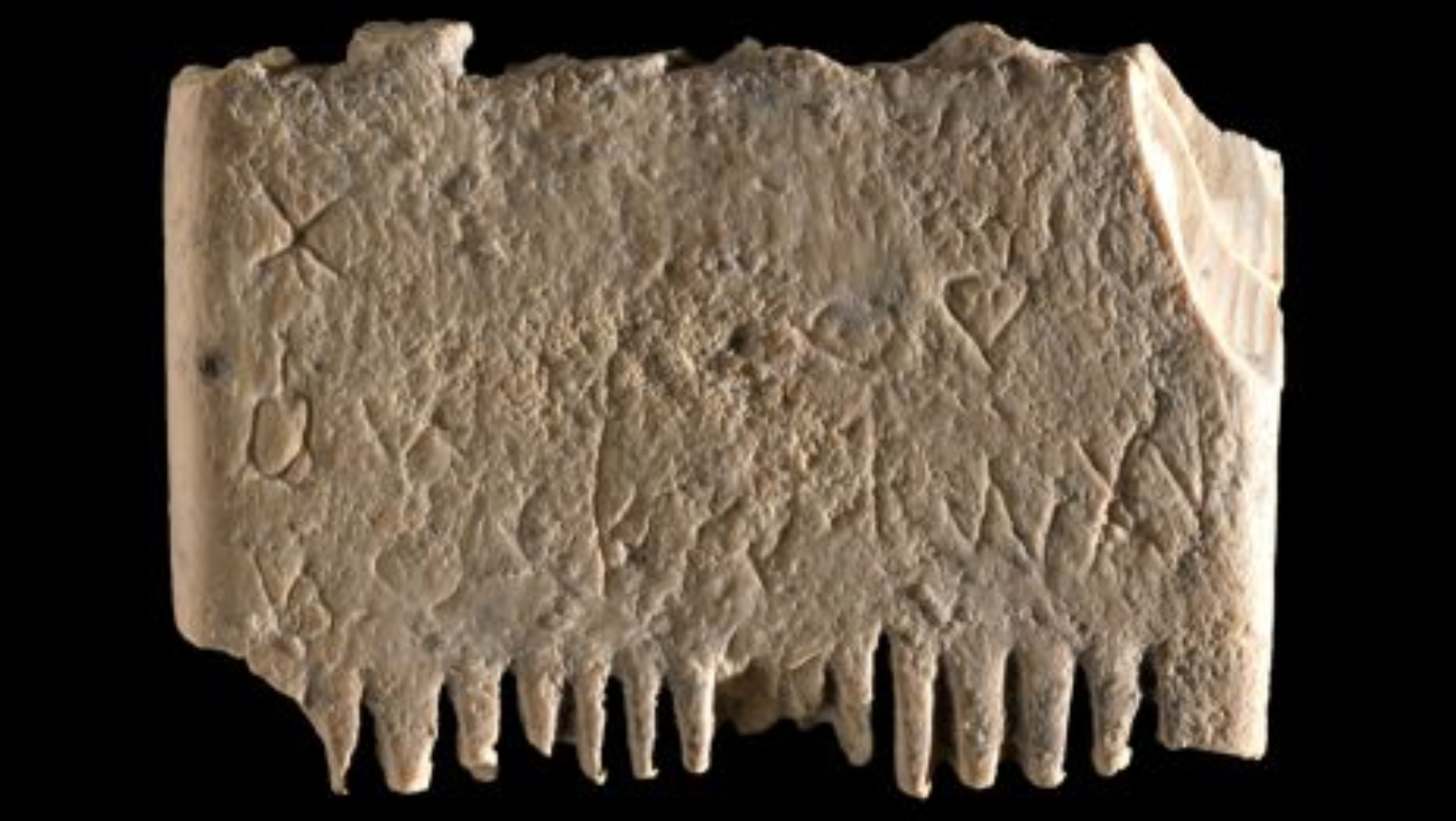 Israeli archaeologists have found an ancient comb dating back 3,700 years ago with an inscription of what is likely the oldest known complete sentence in the Canaanite script, according to a report published Wednesday in the Jerusalem Journal of Archaeology.

The first and only Canaanite sentence was recently deciphered on a Middle Bronze Age ivory lice comb found during a 2016 excavation at Lachish in central Israel. In 2021, an Israel’s Hebrew University professor noticed the comb’s inscriptions could possibly be a full sentence.

Dr. Daniel Vainstub, the epigrapher, said the inscription dates to the 17th century BCE. The comb even contained microscopic evidence that head lice were present.

The inscription translates to: “May this tusk root out the lice of the hair and the beard.” Vainstub told the Israel Times, “the comb’s inscription is written in the style that characterized the very earliest stage of the alphabet’s development.” The earliest Canaanite inscriptions in Sinai date to the 19th century BCE, Vainstub has dated the comb to the earliest settlement at Lachish — the 17th century BCE. The Hebrew University archaeologist YosefGarfinkel was the lead researcher for the project. He told the Associated Press the Canaanite script would spark a debate over whether wealthy men can read and write in Canaan.

The inscription provides a great insight into the Canaanite alphabet that was created around 1800 B.C.

The inscription gives a great insight into what experts know about the Canaanite alphabet, which was created around 1800 B.C.