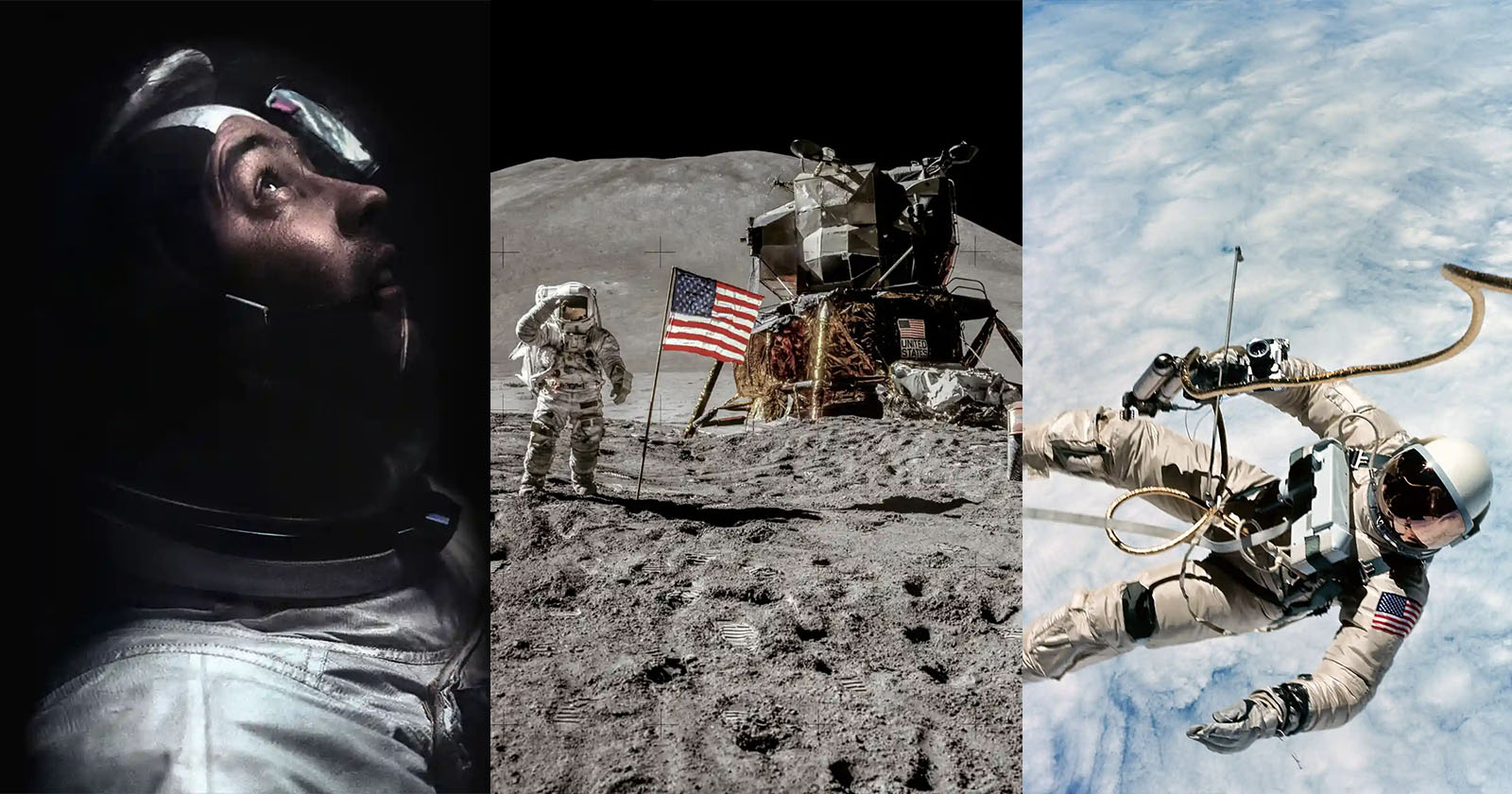 These incredible high-definition Apollo moon photos were remastered by stacking 16mm film frames to reveal details that were previously unseen.

Andy Saunders got access to the original NASA photographic film that is securely stored in a freezer at the Johnson Space Center in Houston.

For his new book, Apollo Remastered, high-resolution scans were made of the original film and then painstakingly restored using modern image-enhancement technology.

Inside the book, the Apollo missions from seven to 17 are displayed chronologically, according to Digital Camera World.

Saunders created the HD images by stacking 16mm film frames, that are not exactly the same as the original photos, but similar enough to create an improved image.

” “As I began to process it I couldn’t believe the level to which I could reveal,” Apollo says to .. 79

“As I was processing it, and the image became clearer, I almost felt like an archeologist brushing the dust off some long forgotten artifact.”

Saundars says that RAW output from the digital scan of a 70mm Hasselblad frame is a whopping 1. 3GB, 160bit TIFF file.

“Although they contain an incredible amount of information, they require a significant amount of careful processing to tease out the detail and produce a well-balanced image,” explains Saunders.

Saunders states that processing the Hasselblad stills may take anywhere from several hours to an entire working day.

“Andy Saunders’s remastered images are so clear and real that they are the next best thing to being there,” says astronaut Charles Duke, who features in some of the photos.

“They are an exact representation of what I remember from my journey to the Moon on Apollo 16. These photos reveal very precisely what the Moon was really like.”

The Apollo program left behind flags and golf balls on the Moon’s surface, In 1972, Duke left a personal memento on the Moon.

” “Leaving the photograph of the family at the surface was an emotionally charged moment,” Duke writes in his book.

In December this year, it will be 50 years since humans last walked on the Moon but the impending Artemis 1 mission means the next human on our natural satellite may be less than 50 years away.

The book is available now and can be purchased here.