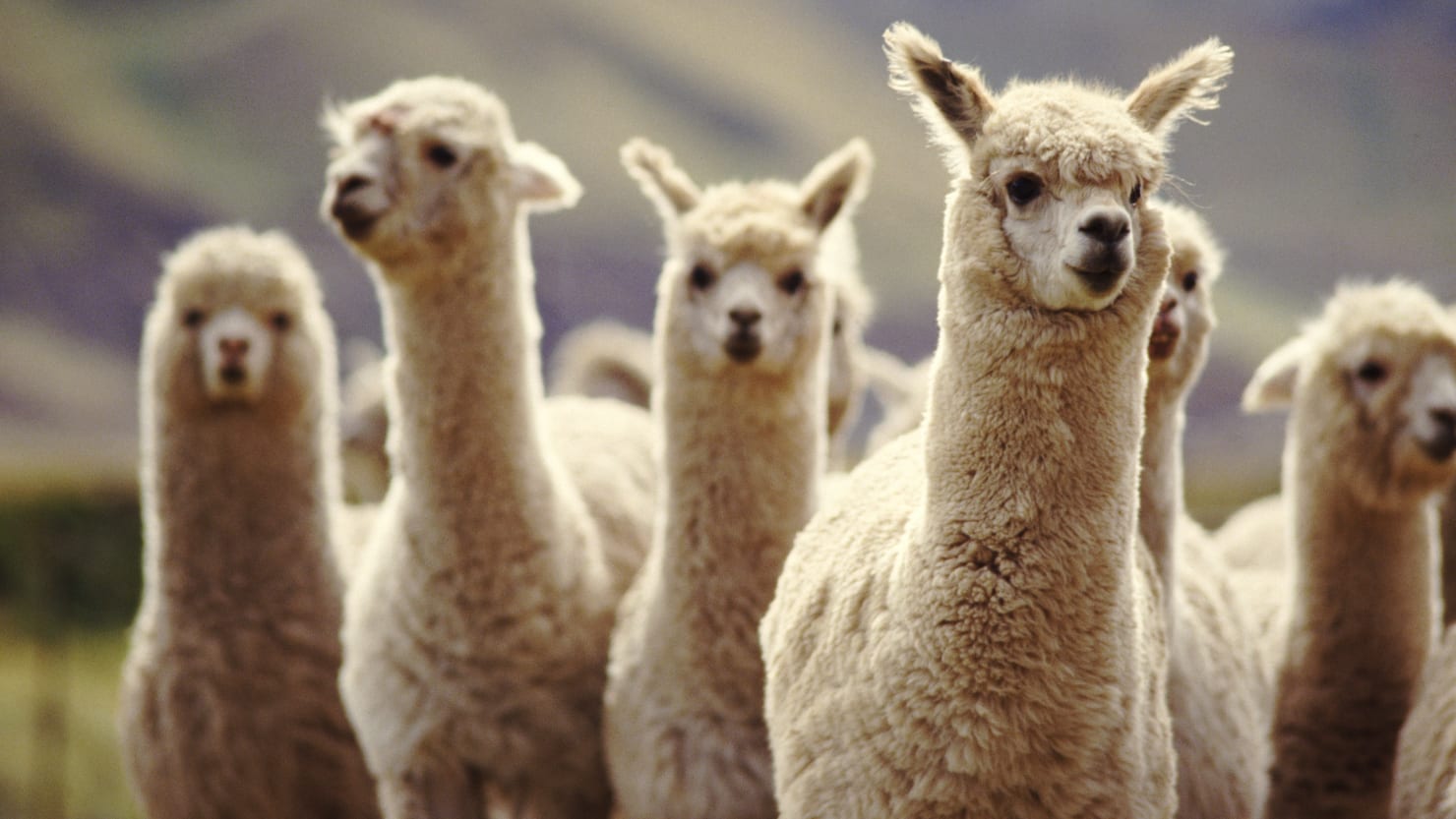 Aside from the vaccine, one of the biggest reasons we’ve seen a drop in COVID deaths since the start of the pandemic is because of the development of effective treatments. Patients with serious cases of the virus are easier to treat by nurses and doctors, which reduces hospitalizations and relieves pressure on an already stretched medical system. And, as time passes, better and more effective treatments are being discovered–and sometimes in very surprising places.

A new Mount Sinai Hospital research team discovered that a powerful “super-immunity particle” was present in the blood of llamas. Yes, you read that correctly: llamas’ blood. The same creatures known for chewing cud, spitting at tourists, and being voiced by David Spade.

In an study published in the journal Cell Reports the authors found that nanobodies, tiny immune molecules present in llamas and could be used to develop an inhalable drug to combat the pandemic. Moreover, the research suggests that it protects against every COVID variant–meaning we may have a future-proof treatment that will remain effective as the virus evolves.

“We learned that the tiny size of these nanobodies gives them a crucial advantage against a rapidly mutating virus,” Ian Wilson, a professor of structural biology at Scripps Research in La Jolla, California and co-author of the study, said in a press release. “Specifically, it allows them to penetrate more of the recesses, nooks, and crannies of the virus surface, and thus bind to multiple regions to prevent the virus from escaping and mutating.”

Creatures specifically in the biological family Camelidae including camels, alpacas, and llamas are capable of producing tiny antibodies that are about a tenth the size of a normal one. Despite their size, the antibodies are very hardy and can glom onto disease-causing intruders like the coronavirus very well. Researchers were able hack and link the antibodies to make them more resistant against viruses.

“Because of their small size and broad neutralizing activities, these camelid nanobodies are likely to be effective against future variants and outbreaks of SARS-like viruses,” Yi Shi, associate professor of pharmacological sciences at Mount Sinai and lead author of the study, said in the release.

Shi added that the antibodies are also capable of protecting “both the upper and lower respiratory tracts against infection,” indicating they could be an effective drug when paired with vaccine and current antibody treatments.

This study builds off previous research into the awesome, super-immunity powers of llamas’ blood that actually predates the pandemic. With the urgency of the pandemic, though, it makes sense that researchers would want to revisit our wooly, mountain-climbing friend.

However, it’d behoove everyone to keep in mind that this is still in fairly early stages. To refine the treatment, more research is needed. And if the whole horse dewormer fiasco has taught us anything, it’s that we should avoid jumping to knee jerk conclusions before the research has been done.

In other words, do not slaughter llamas or drink their blood for love of all things holy. It won’t do you any good. You will be hurt. You might even be cursed, a la “The Empire’s New Groove”, and end up becoming a llama.

The post Antibodies From Llama Blood Can Protect Against COVID, Future and Other Coronaviruses appeared first on The Daily Beast.