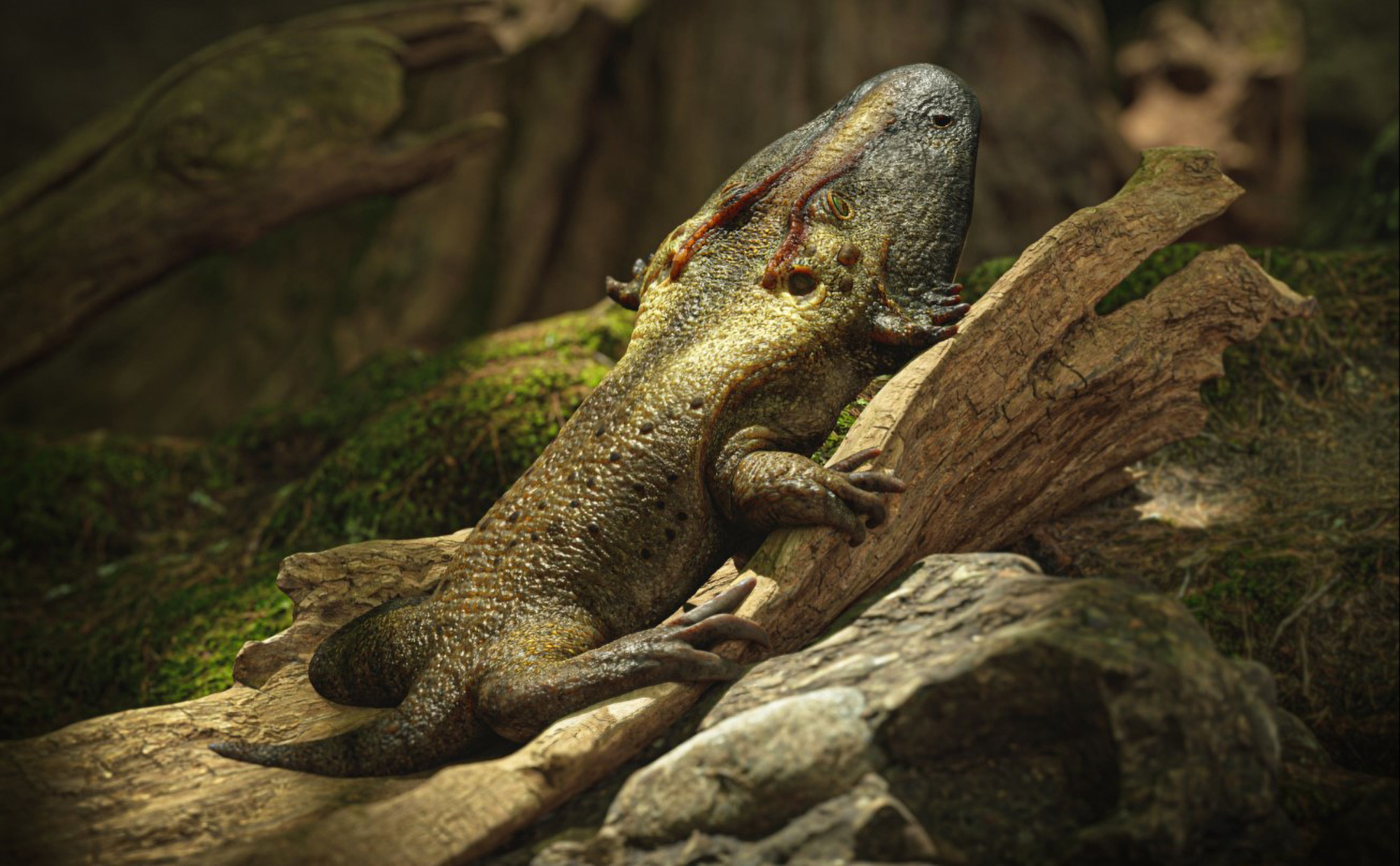 Scientists have discovered a previously unknown species of extinct amphibian that used its powerful sticky tongue to catch bugs.

The species, Chemnitzion richteri,used an ambush strategy to feed, according to researchers in Germany.

The creature, with its large head and tiny body, was able to evolve up to 300 millions years ago in eastern Germany’s forests. Scientists discovered the new species at an excavating site near where once was a petrified forest.

Chemnitz city official Ralph Burghart said: “The remains of the species were discovered at Frankenberger Road in Chemnitz-Hilbersdorf, right where the local fire station is situated today.”

The Saxon Railway Museum is located just a few miles further down the road.

Local media praised the discovery as a “paleontologic sensation.”

“It was capable of powerfully projecting its large sticky tongue from its mouth to capture insects and articulate animals.”

The amphibian belongs to the group called Labyrinthodontia, ancient Greek for “maze-toothed.”

Experts say the amphibians thrived in the late Paleozoic and early Mesozoic eras, about 400 million to 120 million years ago.

The specific type discovered by researchers at the Chemnitz petrified forest inhabited the area 291 million years ago.

The German species had short legs and a large head, according to experts from the Chemnitz Natural History Museum and the University of Technology Freiberg.

The scientists stress that the species’ general build is significantly different from any previously known insectivore amphibians.

A 3D reconstruction of the Chemnitzion richteri will be on display at the local Natural History Museum, according to Dr. Ronny Roessler, the institution’s director.

Scientists from Chemnitz, nearby Freiberg, the Thuringian town of Schleusingen and Berlin participated in excavations and research. The most significant archaeological site in the area is the petrified forest at Chemnitz.

With 300,000 objects on display, the Museum of Natural History Chemnitz is among the biggest and most renowned institutions of its kind in eastern Germany.

Because of its unusual features, Chemnitz officials gave the newly discovered species a new title.

While scientists and officials from the city wanted to emphasize its origin, the first portion of the name “richteri”, which refers to an honored local researcher, was chosen by researchers.

Chemnitz is the third-largest city in the German state of Saxony. It has around 245,000 inhabitants. It is located 155 miles south of the federal capital Berlin and 35 miles from the Czech border.

Chemnitz and Nova Gorica, Slovenia, will be the European Capitals of Culture in 2025.