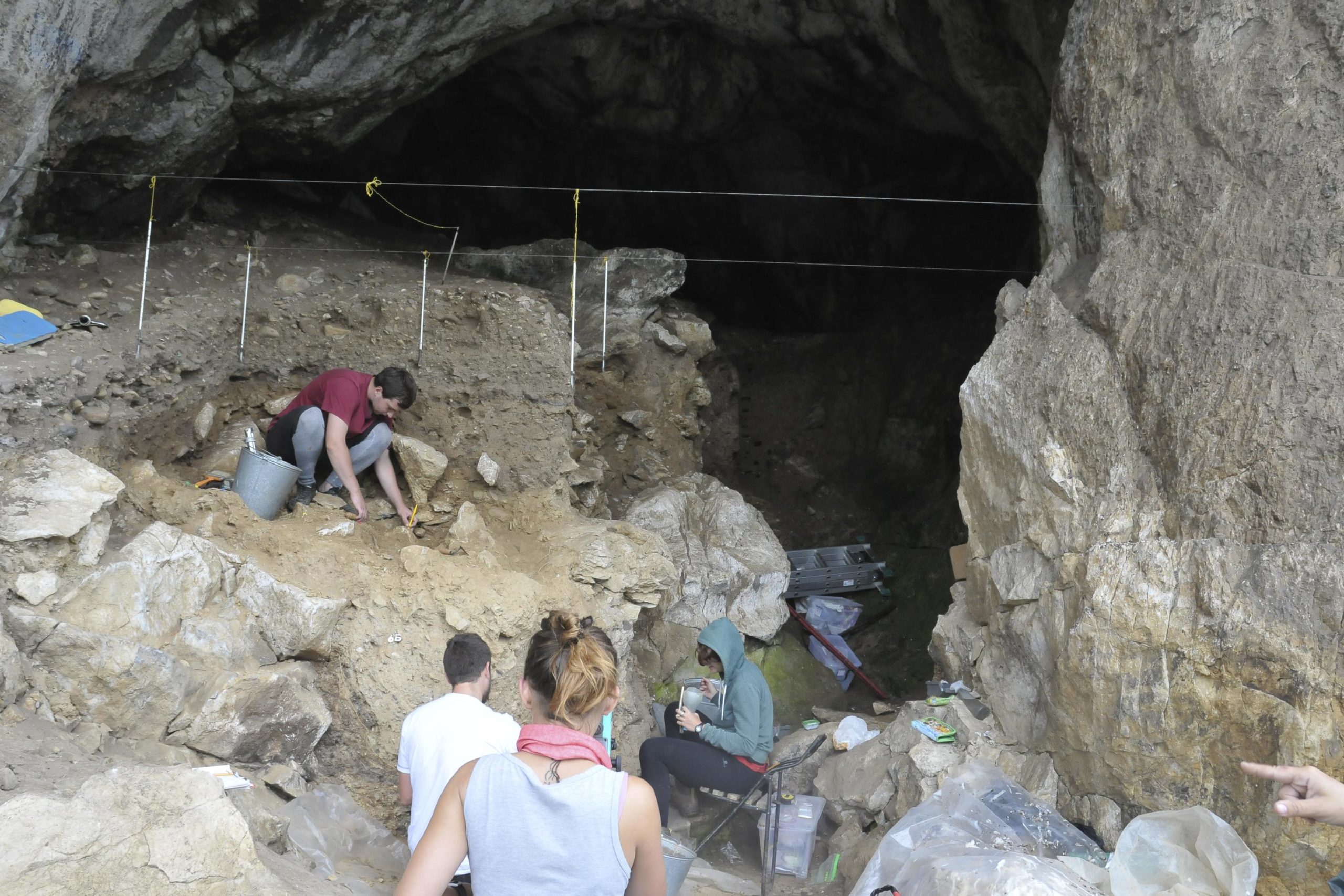 NEW YORK — A new study suggests Neanderthals formed small, tightknit communities where females may have traveled to move in with their mates.

The research used genetic sleuthing to offer a rare snapshot of Neanderthal family dynamics — including a father and his teenage daughter who lived together in Siberia more than 50,000 years ago.

Researchers were able to pull DNA out of tiny bone fragments found in two Russian caves. In their study, published Wednesday in the journal Nature, they used the genetic data to map out relationships between 13 different Neanderthals and get clues to how they lived.

“When I work on a bone or two, it’s very easy to forget that these are actually people with their own lives and stories,” said study author Bence Viola, an anthropologist at the University of Toronto. “Figuring out how they’re related to each other really makes them much more human.”

Our ancient cousins, the Neanderthals, lived across Europe and Asia for hundreds of thousands of years. They died out around 40,000 years ago, shortly after our species, the Homo sapiens, arrived in Europe from Africa.

Scientists have only recently been able to dig around in these early humans’ DNA. New Nobel laureate Svante Paabo — who is an author on this latest study — published the first draft of a Neanderthal genome a little over a decade ago.

Since then, scientists have sequenced 18 Neanderthal genomes, said lead author Laurits Skov, a geneticist at the Max Planck Institute for Evolutionary Anthropology. But it’s rare to find bones from multiple Neanderthals from the same time and place, he said — which is why these cave discoveries were so special.

“If there was ever a chance to find a Neanderthal community, this would be it,” Skov said.

The caves, located in remote foothills above a river valley, have been a rich source of materials from stone tools to fossil fragments, Viola said. With their prime view of migrating herds in the valley below, researchers think the caves might have served as a short-term hunting stop for Neanderthals.

Archaeologists excavating the caves have found remains from at least a dozen different Neanderthals, Viola said. These remains usually come in small bits and pieces — “a finger bone here, a tooth there” — but they’re enough for scientists to extract valuable DNA details.

The researchers were able to identify a couple of relatives among the group. Along with the father and daughter, there was a pair of other relatives — maybe a boy and his aunt, or a couple of cousins.

Overall, the analysis found that everyone in the group had a lot of DNA in common. That suggests that at least in this area, Neanderthals lived in very small communities of 10 to 20 individuals, the authors concluded.

But not everyone in these groups stayed put, according to the study.

The female side showed more genetic differences than the male side — which means females may have moved around more, Skov said. It’s possible that when a female Neanderthal found a mate, she would leave home to live with his family.

University of Wisconsin anthropologist John Hawks, who was not involved in the study, said the research was an exciting application of ancient DNA evidence, even as many questions remain about Neanderthal social structures and lifestyles.

Figuring out how early humans lived is like “putting together a puzzle where we have many, many missing pieces,” Hawks said. But this study means “somebody’s dumped a bunch more pieces on the table.”