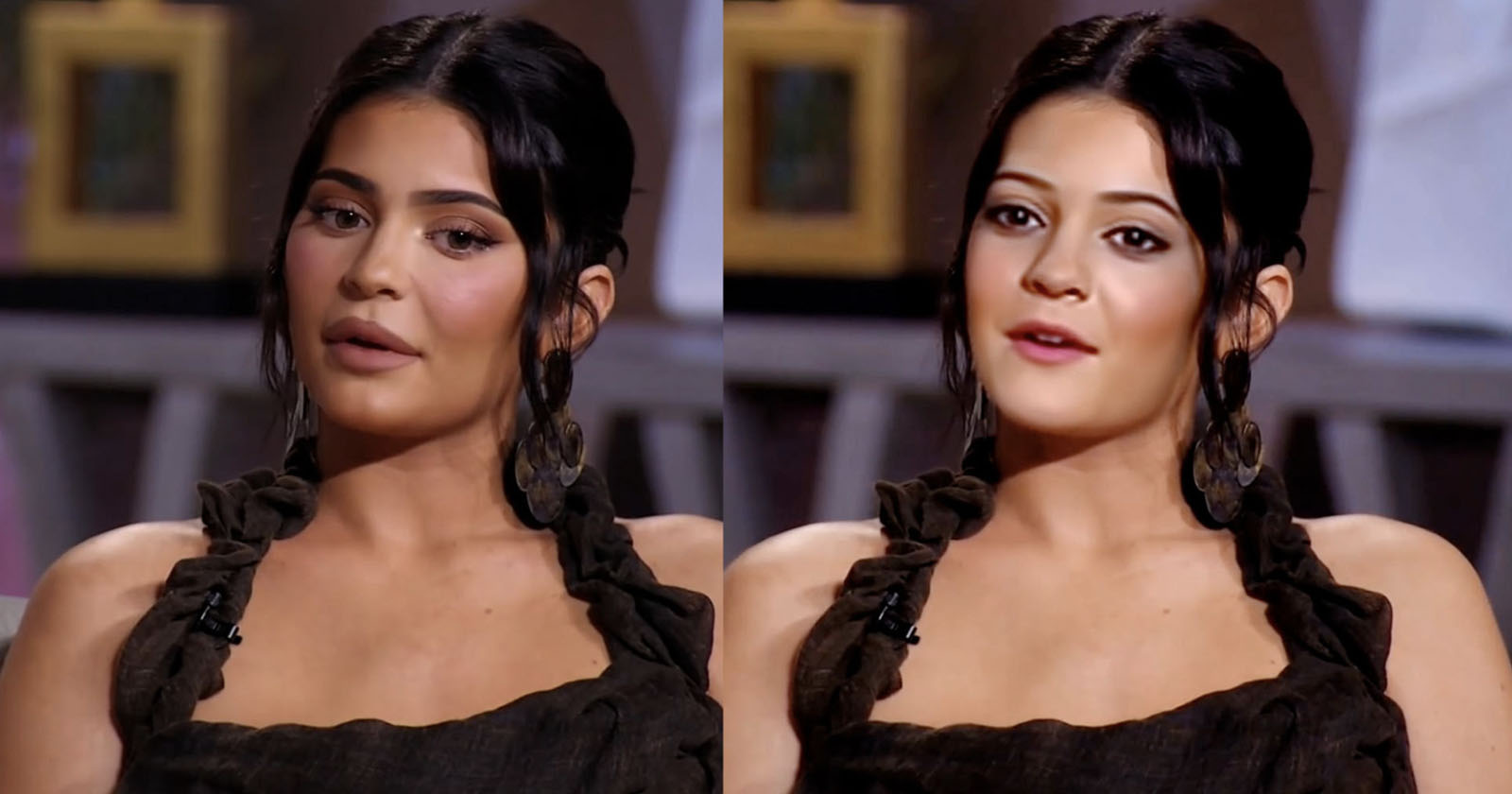 A group of live streamers used artificial intelligence (AI) to show what they believe the Kardashians would look like “without plastic surgery.”

The online streamers behind Twitch show, Vandahood Live were curious to see whether AI technology could successfully predict what Kim Kardashian, Kylie Jenner, Khloe Kardashian, and Kourtney Kardashian would look like if they had kept their original faces.

Vandahood Live’s clip which showed AI technology’s depiction of the famous family “without plastic surgery” amassed over 2. 5 million views on TikTok. The streamers, who come from visual effects backgrounds in both video and 3D, say it took a week to create the video.

“We used three different AI software and two different standard graphics software and a full week to pull it off,” Keith from Vandahood Live tells PetaPixel.

“We had to take a different approach for each member of the family since each one underwent different changes over the years.” 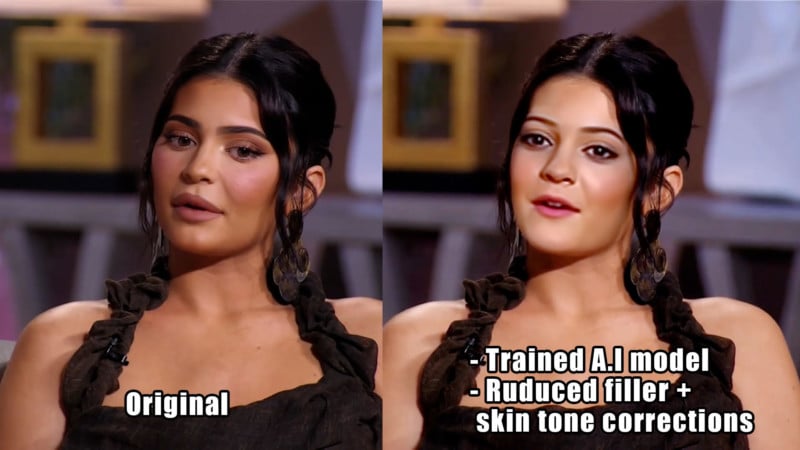 “For Kylie we used Deep Face Lab and for two days trained an AI model of her face pre-surgery and set it to match the proportions of her current face. He says that we then manually decreased her cheek filler in Adobe After Effects as it went beyond the areas of Kylie’s “before” skin. “Then lastly we ran it through DaVinci Resolve to grade and match her original skin tone.” 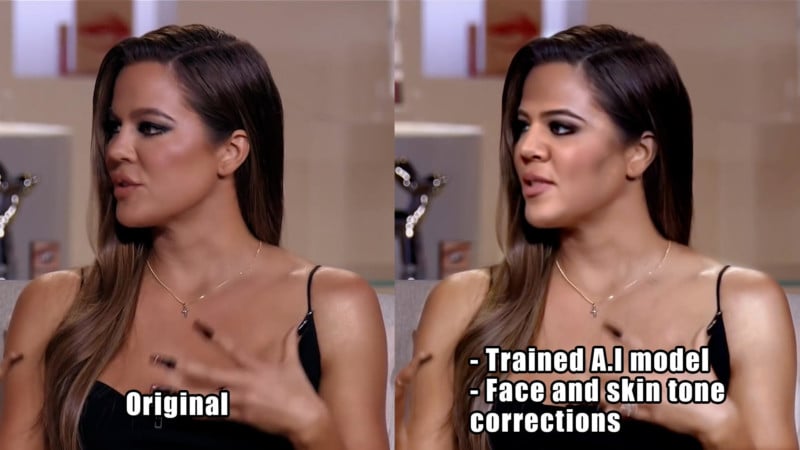 “For Khloe we again used Deep Face Lab and trained an AI model of her face pre-surgery and set it to match the proportions of her current face. Then ran a few frames through Faceapp to generate her original fuller cheeks then ran those frames through another AI called Ebsynth to apply it to the whole video,” adds Keith. “And then again DaVinci Resolve for the original skin tone.”

Keith adds “For Kim and Kourtney, we trained them on Deep Face Lab and did some minor corrections and skin tone corrections in DaVinci Resolve.” 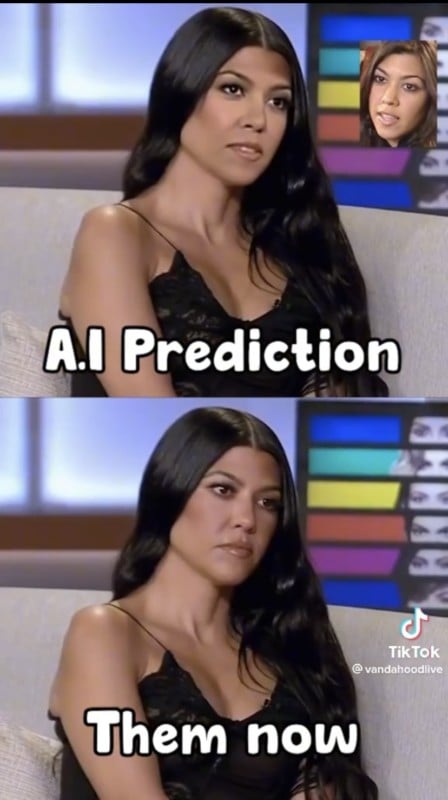 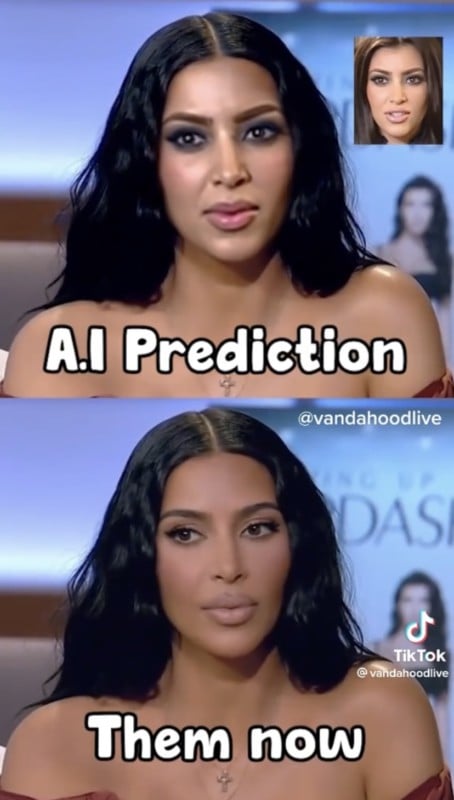 Vandahood, Keith, Ahmad, and Divy Pota, like “to push the limits of AI for entertainment” on their show Vandahood Live.

They say their AI experiment with the Kardashians “was really just out of curiosity and to see how well the tech could pull it off. There have been a lot of debates in the TikTok comments about the influence of the Kardashians and opinions being offered by both sides. But for us it wasn’t that deep, it was all only for entertainment purposes,” he says.

” Although it’s early days in AI, Keith says that the future entertainment will be AI-heavy. It’s possible now to accomplish things previously impossible a few decades ago thanks to AI. It feels like every month there’s a new AI tool being released that can do incredible things.”