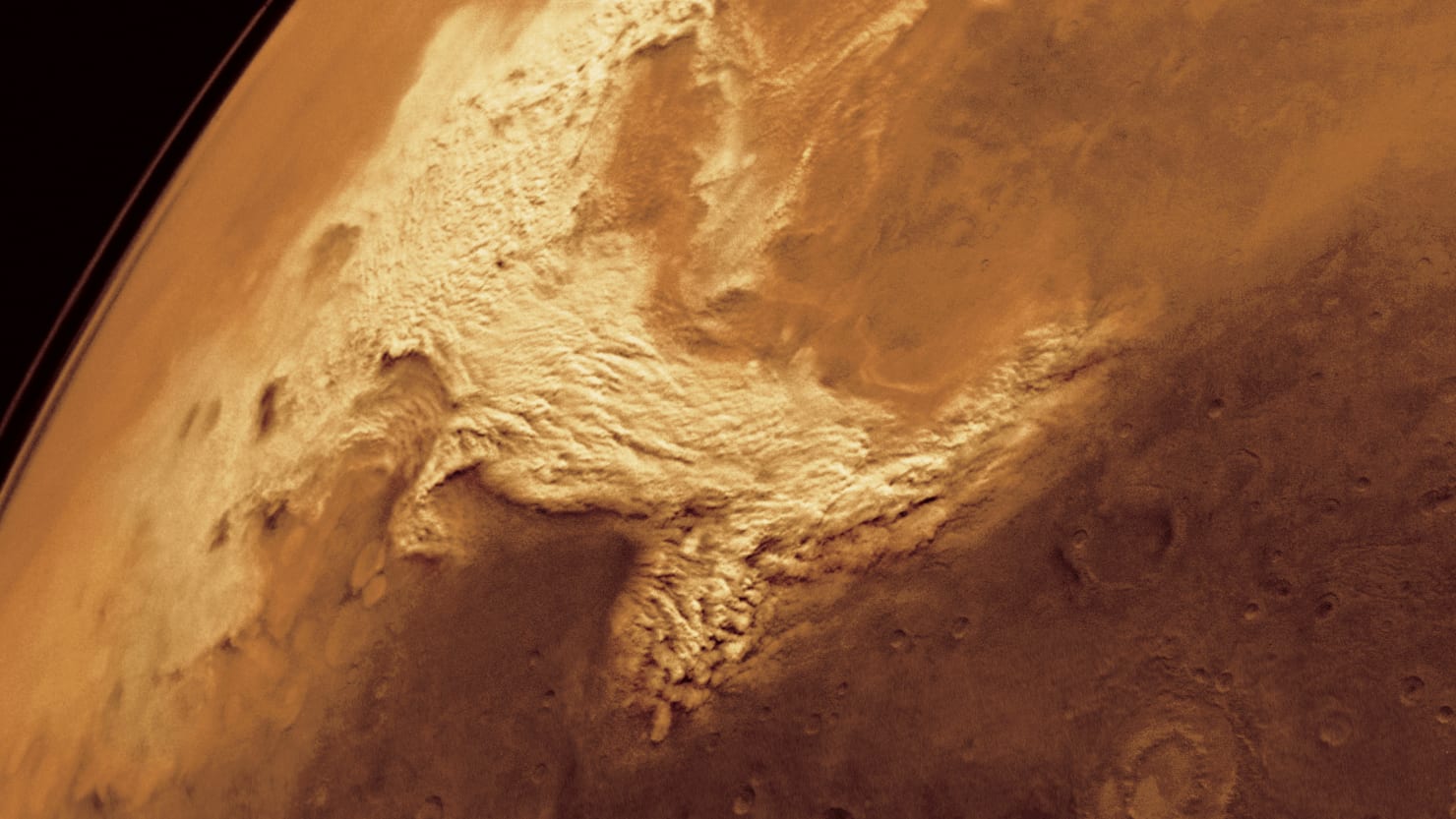 The European Space Agency just spotted some Earth-like clouds more than 53 million miles away from our planet.

In a study published on Nov. 15 in the journal Icarus, the ESA’s Mars Express probe observed two 2019 dust storms on the Red Planet that produced cloud patterns eerily reminiscent of those on Earth. Despite the fact that the two planets have incredibly different atmospheres–Mars being dry and cold while Earth is dense, wet, and warm–the dust clouds would spiral and move much like those during extratropical cyclones on Earth. The observation provides researchers with more information about the natural processes that lead to cloud formation, even though there are vastly different conditions between them.

“When thinking of a Mars-like atmosphere on Earth, one might easily think of a dry desert or polar region. It is quite unexpected then, that through tracking the chaotic movement of dust storms, that parallels can be drawn with the processes that occur in Earth’s moist, hot, and decidedly very un-Mars-like tropical regions,” Colin Wilson, ESA’s Mars Express project scientist, said in a statement. Wilson was not directly involved with the research.

The storms took place at the Martian North Pole in springtime, when it is common for storms to form on Mars. As the dust entered the atmosphere, it began to form smaller cloud cells with a grain-like texture–which is reminiscent of those on Earth. The hot air is heated by the cooler, denser air around it.

You can see the same phenomenon occur in cumuliform clouds on Earth that form when it’s about to rain. Instead of water droplets, which make up the clouds here, the Martian clouds are made up of dust that’s heated up by the sun and causing it to rise.

The insights gleaned from the 2019 storm help inform us how atmospheres operate on different planets, while also helping us understand how dust storms on Mars might affect future astronauts. For example, a massive dust storm followed by its massive cloud patterns could prevent sunlight from hitting crucial solar panels on Martian colonies or rovers. These clouds can be studied to determine how they form and their duration. This could prevent the systems from becoming powerless.

The researchers note that future studies could build off of their findings by comparing cloud formations on Earth with those on Mars as well as Venus. This could help shed even more light on how these dust clouds operate on the Red Planet–and beyond.

The post A Mars Probe Spotted Something Weird During a Dust Storm appeared first on The Daily Beast.