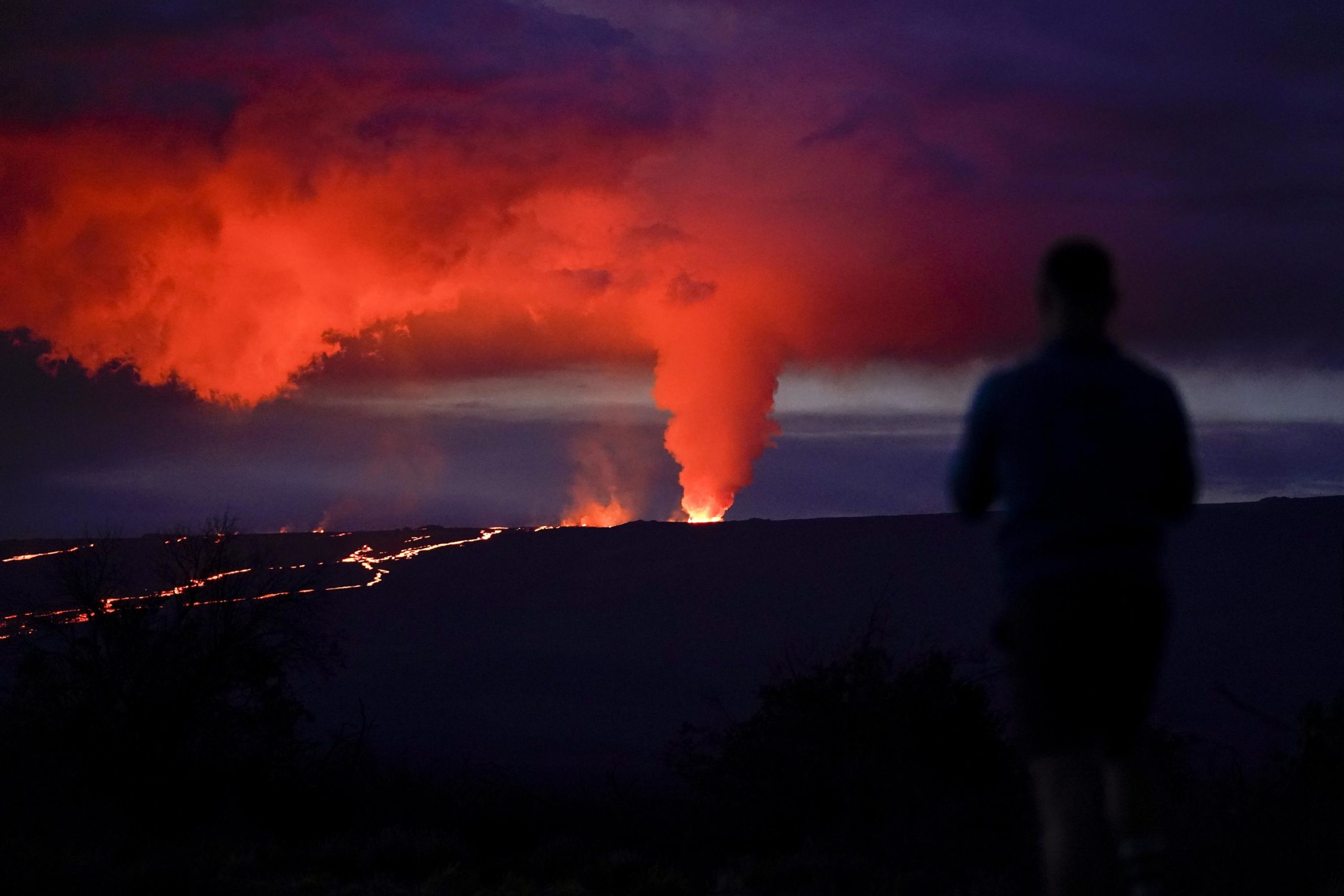 HILO, Hawaii — The first eruption in 38 years of Mauna Loa, the world’s largest active volcano, is drawing visitors to Hawaii Volcanoes National Park, which is open 24 hours a day.

” The viewing experience has been “spectacular,” particularly at night and before dawn, said Jessica Ferracane, a park spokesperson.

Visitors to the park are currently able to witness two eruptive events: the glow from Kilauea’s lava lake and lava from a Mauna Loa fissure.

“This is a rare time where we have two eruptions happening simultaneously,” Ferracane said.

Mauna Loa last erupted in 1984. The current eruption is its 34th since written history began in 1843. Its smaller neighbor, Kilauea, has been erupting since September 2021.

Officials were initially concerned that lava flowing down Mauna Loa would head toward the community of South Kona, but scientists later assured the public the eruption had migrated to a rift zone on the volcano’s northeast flank and wasn’t threatening communities.

The lava was flowing “not super fast” at less than 1 mph, Ken Hon, scientist-in-charge at the Hawaiian Volcano Observatory, said Tuesday. It was moving downhill about 6 miles (10 kilometers) from Saddle Road, which connects the eastern and western sides of Hawaii’s Big Island.

The flow was likely to slow down about 4 miles (6. 4 kilometers) from the road, when it hits flatter ground.

It was not clear when or if the lava will reach the road. According to Hon.

The smell of sulfur and volcanic gases was strong Tuesday on Saddle Road. People watched as the lava stream grew closer to them. Clouds cleared to reveal a large plume of gas and ash rising from a vent on the mountain.

Gov. David Ige made an emergency declaration to enable responders to quickly reach the scene or restrict access as necessary.

Lava crossed the Mauna Loa Observatory access road Monday night and cut off power to the facility, Hon said. He said that it could be moving toward Hilo’s county seat, although this could take up to a week.

Meanwhile, scientists are trying to measure the gas emitted from the eruption.